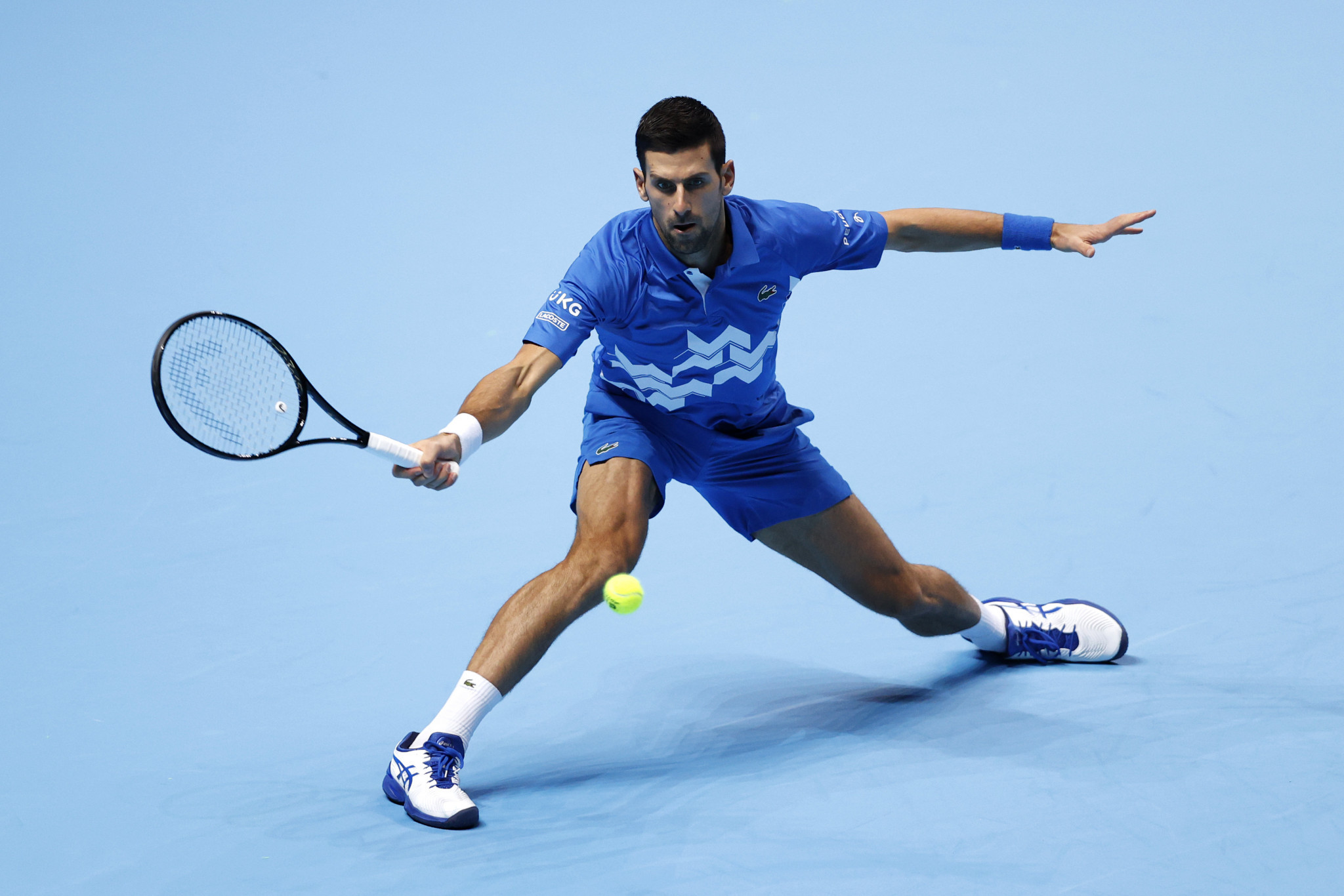 The top eight players in the ATP singles and doubles rankings are participating in the competition, which is being played behind closed doors due to the coronavirus pandemic, and in the English city for the final time, as it is due to move to Turin in Italy in 2021.

Competition is taking place in a round-robin format at The O2 Arena with the top two players in each group advancing to the semi-finals.

Djokovic recorded a comprehensive 6-3 6-2 win, earning his 12th straight victory in opening matches at the tournament in the process.

Schwartzman, making his debut at the end of season event broke early in the first set before Djokovic broke back.

Djokovic broke again at 4-3 before closing out set one.

The world number one broke early in the second set before cruising to victory in one hour and 18 minutes.

The day's second round-robin match saw a repeat of the ATP Paris Masters final from eight days earlier between Russian Medvedev and Alexander Zverev, the fifth seed from Germany.

Medvedev triumphed from a set down to clinch that title but his victory was achieved in straight sets today as he triumphed 6-3 6-4.

Serving proved an issue for Zverev who hit four double faults in his opening two games and never found any momentum as he lost the first set 6-3.

In the second set Zverev was broken at 3-3 and as he was threatening to break back in the next game, Medvedev used the controversial tactic of a surprise underarm serve to win a point at 30-30 before taking the game and then serving out the set 6-3, as he took victory in one hour and 29 minutes.

Tomorrow sees the second round of singles matches in Group London 2020 with the winners from the first day, Spain's Rafael Nadal and Austria's Dominic Thiem playing each other in the day session at 2pm BST and the players defeated on the first day, Greece's Stefanos Tsitsipas and Russia's Andrey Rublev meeting in the evening session at 8pm BST.

In today's round-robin doubles matches fourth seeds Marcel Granollers of Spain and Horacio Zeballos of Argentina beat sixth seeds John Peers of Australia and Michael Venus of New Zealand 7-6 7-5 while later in the day top seeds Mate Pavic of Croatia and Bruno Soares of Brazil came from a set down to beat Jurgen Melzer of Austria and Edouard Roger-Vasselin of France 6-7 6-1 10-4.