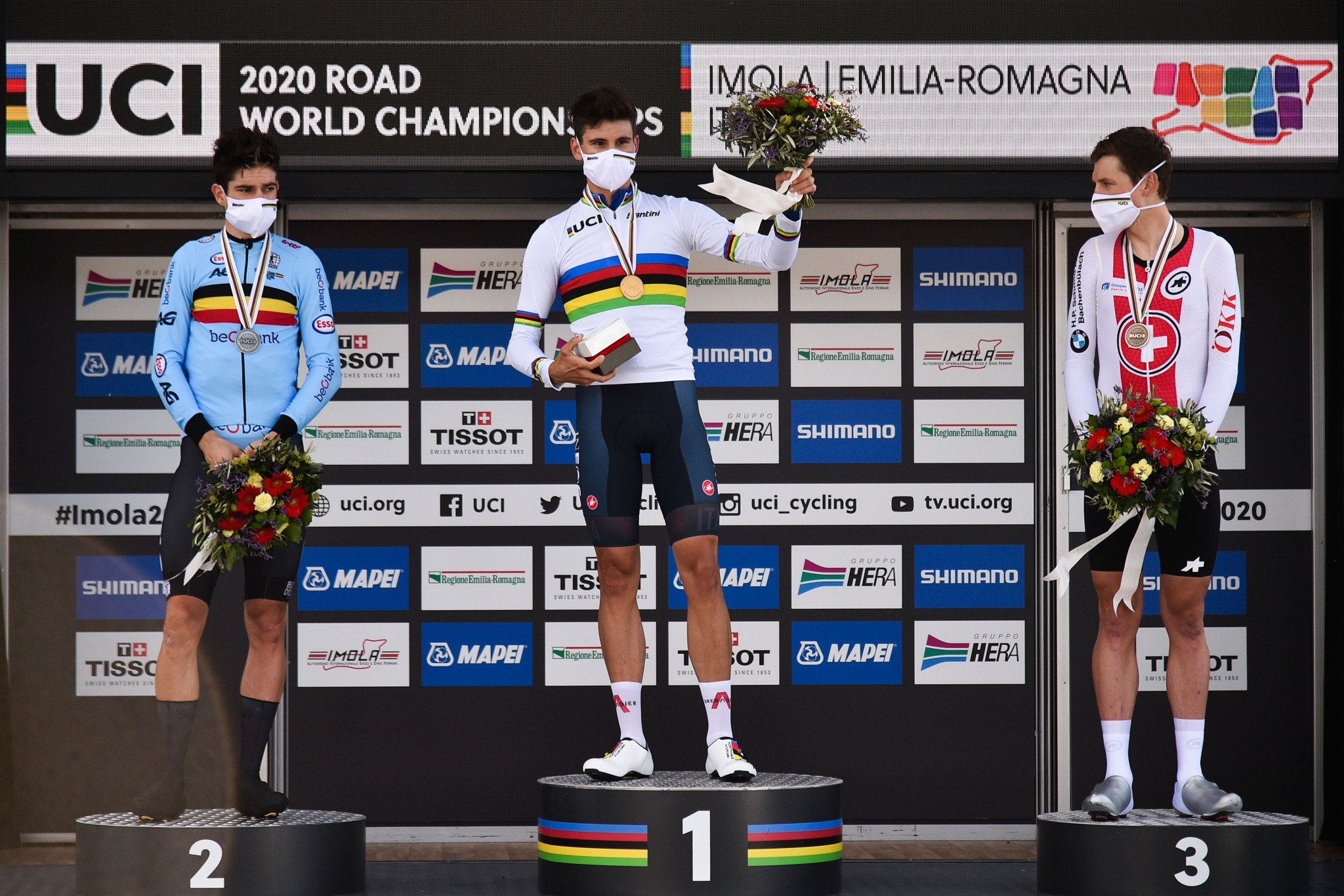 World time trial champion Filippo Ganna has said the Tokyo 2020 Olympics are his priority next year, following a successful conclusion to the coronavirus-hit road cycling season.

Ganna clinched gold in the men’s individual pursuit on the track in February, producing a world record time of 4min 1.934sec on route to winning the title for the fourth time in his career.

The triumph saw him become only the second male cyclist after Chris Boardman to win the time trial world title in the same year as earning the individual pursuit world title on the track.

Ganna had been due to compete at the European Track Cycling Championships in Plovdiv this week, but the Italian was forced to self-isolate after contracting coronavirus.

The 24-year-old told Sky Sport that his main focus for 2021 will be competing on both the track and road at the rescheduled Tokyo 2020 Olympic Games.

"The priority is the Olympic Games, then later I could think of some classics," Ganna said.

"I didn't expect the experience of the Giro.

"I thought I would be one of the first to quit after ten days and instead we were able to do everything, managing one thing at a time."

"The Olympics will certainly be important, both the time trial title and on the track," Ganna said, according to VeloNews.

"There is a lot of fuel on the fire for the coming year – we hope that everything goes well."

The men’s individual time trial event at Tokyo 2020 will feature a 40-rider field.

The routes will all take place at the foot of Mount Fuji, starting and ending at the historic Fuji Speedway motor racing circuit.

Competition is scheduled to take place on July 28.

The men’s team pursuit on the track will run from the heats on August 2 to the medal rides on August 4.