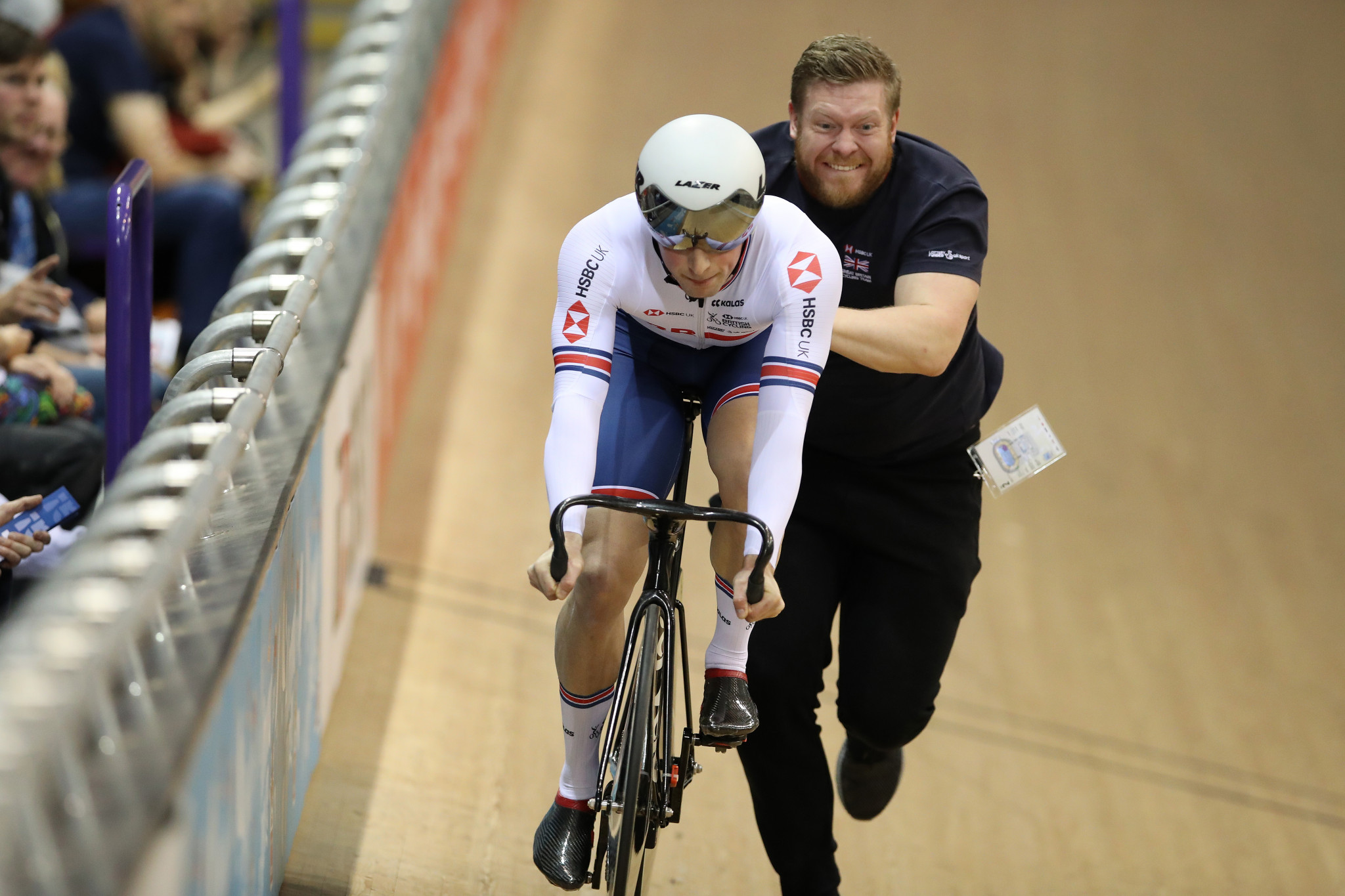 British Cycling has announced the sacking of sprint coach Kevin Stewart on the grounds of gross misconduct, including a "long-term pattern of inappropriate relationships with riders."

The governing body said in a statement that Stewart’s dismissal followed repeated warnings that his behaviours fell short of the values and standards expected.

This included a "long term pattern of inappropriate relationships with riders" and "failing to follow specific direction of the Performance Director in regard to relationship with riders and professional boundaries."

Stewart was found to have had "inappropriate use of electronic communication", while he was deemed to have committed actions "bringing British Cycling into disrepute."

British Cycling said the investigation into his conduct found no evidence of a physical relationship between Kevin Stewart and any rider on the Britain cycling team.

Stewart has issued an apology.

"I wholeheartedly apologise to the team for my actions, which I acknowledge were not acceptable," Stewart said.

"I realised my actions had made my position on the team untenable and had handed in my resignation before being dismissed while on my notice period."

Stewart served as head men's sprint team coach, having been appointed to the post in April last year.

He had previously been a coach of the British Cycling national academy for four years, as well as formerly serving as head coach at the Sir Chris Hoy Velodrome.

Stewart, who is married to Irish international track cyclist Robyn Stewart, had been preparing Britain’s sprinters ahead of the rescheduled Tokyo 2020 Olympic Games.

"While this has been uncomfortable for everybody concerned, it demonstrates the robustness of the processes we have in place when concerns are raised," read a statement from British Cycling performance director Stephen Park.

"The Great Britain Cycling Team has a clear set of expected behaviours and values and we must hold ourselves and each other to account when we do not meet the standards of behaviour we set as a team.”

It marks the second successive build-up to an Olympic Games where preparations have been impacted by the departure of a key British Cycling staff member.

Former technical director Shane Sutton resigned from his position ahead of the Rio 2016 Olympics amid allegations of discrimination against female and Paralympic athletes – claims he denied.

Facer will succeed Julie Harrington, who will take up the same post at the British Horseracing Authority (BHA) in the new year.

He will join from rugby union team London Irish, with British Cycling saying Facer has experience across a number of national organisations, and is a keen cyclist himself, including participating in a number of significant mass-participation events such as L’Etape du Tour.

"It is an exciting time for the whole cycling community across the country, where we are going into the postponed Olympic and Paralympic year, have had another British rider become a Grand Tour champion, and have seen the number of recreational cyclists increase dramatically during the last six months," Facer said.

"I’ve been a very keen cyclist all of my life, ranging from bike rides with my family all the way through to mountain biking across the Alps and completing a number of Etapes du Tour, including Col du Tourmalet and Alpe d’Huez, so being offered the position of CEO of British Cycling is a dream come true.

“There are strong foundations throughout the organisation, from the volunteers who run clubs and events up and down the country all the way up to the world-class practitioners who support the athletes who bring home medals from the World Championships, Olympics and Paralympics, and I will be working my hardest to take British Cycling onwards and upwards into the next few years."