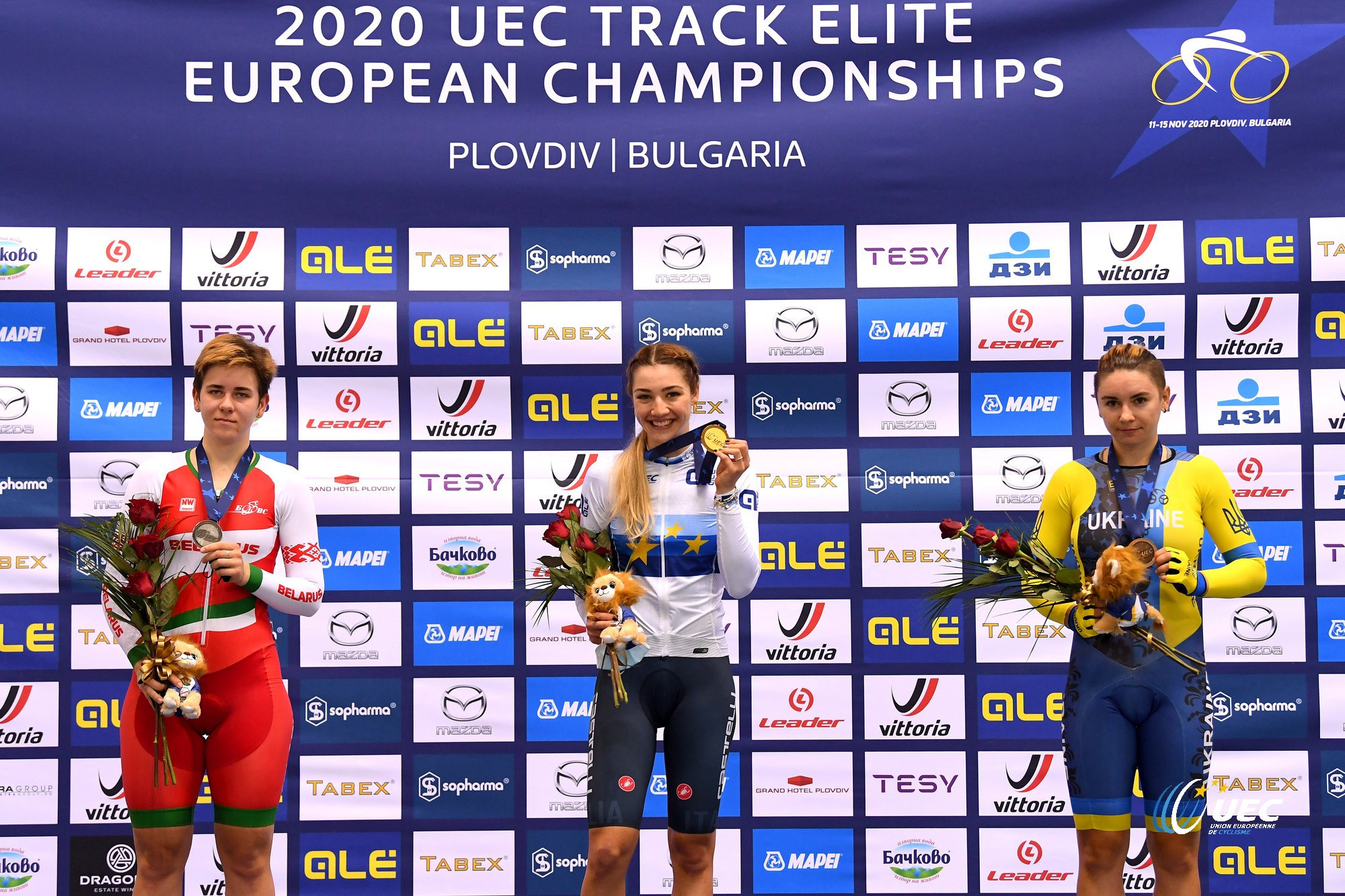 In the women's event the Russian trio of Anastasiia Voinova, Daria Shmeleva and Natalia Antonova took the title in 46.852sec.

In the bronze race, Ukraine's team of Liubov Basova, Olena Starikova and Oleksandra Lohviniuk took the medals in a time of 49.296 as they overcame the Czech Republic.

Russia made it a double in the men's team sprint with their line-up of Denis Dmitriev, Pavel Yakushevskiy and Ivan Gladyshev taking the title in 43.007.

They overcame the line-up from the Czech Republic of Tomas Babek, Dominik Topinka and Martin Cechman who had to settle for silver.

In the bronze race, Greece's trio of Sotirios Bretas, Ioannis Kalogeropoulos and Konstantinos Livanos took the medals in a time of 44.098 as they defeated Spain.

The second women's final contested on day one at the Kolodruma Velodrome was the sratch race, contested over 10 kilometres, equivalent to 40 laps of the track.

Italy's Martina Fidanza took the title in a time of 12 min 47 sec, with silver going to Hanna Tserakh of Belarus and bronze to Tetyana Klimchenko of Ukraine.

The second men's title decided was the elimination race which was won by Britain's Matthew Walls.

Four more titles will be up for grabs on the second day of competition tomorrow - the women's and men's team pursuit, the men's scratch race and the women's elimination race.

The Championships will mark the start of the new competitive track season in the build-up to the rearranged Tokyo 2020 Olympic Games, which are due to take place from July 23 to August 8 2021.

Over the course of the five days, 22 European titles will be claimed, split evenly between men and women.