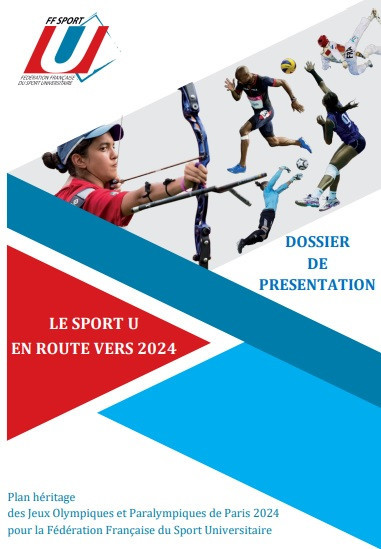 The French University Sports Federation (FFSU) has launched a consultation on its Paris 2024 Olympic and Paralympic legacy plan.

Entitled "Sport U on the way to 2024" work started on the nine-page document last year.

According to the document, the first key part of the FFSU's Paris 2024 legacy plan involves positioning the organisation as a player in the mobilisation of young people around the 2024 Olympic and Paralympic Games.

The second key part of the legacy plan is using Paris 2024 as a lever for the promotion and development of the FFSU through the influence of university sport and by making connections with members of the French sporting movement.

The plan features 31 measures divided into four areas of evolutionary nature, with the FFSU unanimously voting for this structure.

Those four areas are encouraging physical practice and sports for all students, creating a culture of engagement within the FFSU, supporting and promoting the FFSU's high level sports students, and developing an Olympic culture and Paralympic foster links between the players in the French sports ecosystem thanks to Paris 2024.

The FFSU said it believes "this plan will serve as a basis for strengthening our cooperation and our networking with the prospect of a real operational legacy."

The full document can be viewed here.