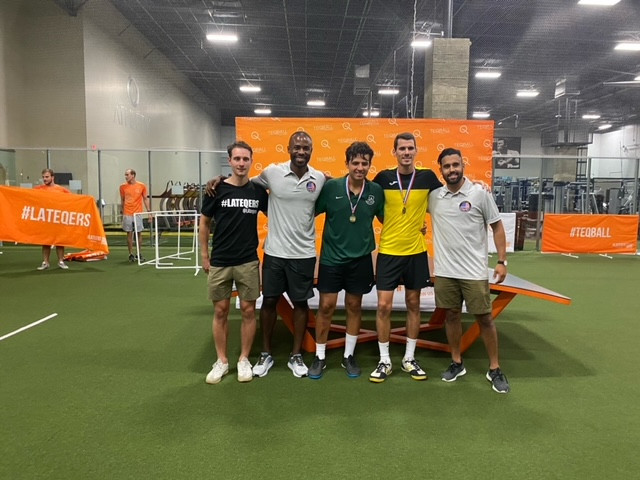 The fourth US Teqball Challenger Cup took place in Houston and continued the growth of the sport on American soil.

A doubles event was held at O'Athletik Center which was won by Frankie Diaz and Andres Berriel.

They saw off Brett Lorenzini, the host of the podcast Teqtalks, and his partner Michael Timothy 12-11, 12-8.

The event in the Texas city was the first American Challenger Cup event to take place outside of California.

A "large and vocal" socially-distanced crowd was in attendance with male and female players representing various countries and clubs.

Diaz and Berriel made the trip from California to play for the LA Teqers team.

"Overall, the level in Houston was very good and it keeps getting better and better at every Challenger Cup we host," said US Teqball Federation President Ajay Nwosu.

"Our next event will be in Las Vegas before a women's tournament later this year.

"The Challenger Cup in Houston was the first one outside of California, which is an important step in spreading the sport to other parts of the country.

"We have five clubs in Texas, who all entered teams, and we are building strong momentum in the state.

"Hosting a competition here, where people could watch live, has helped bring the sport to life for new fans.

"It has also incentivised clubs to buy more tables and benefit from the International Federation of Teqball's excellent club development programme.

"Houston was a big success and will serve as a blueprint for future competitions, and we are excited about what's to come."