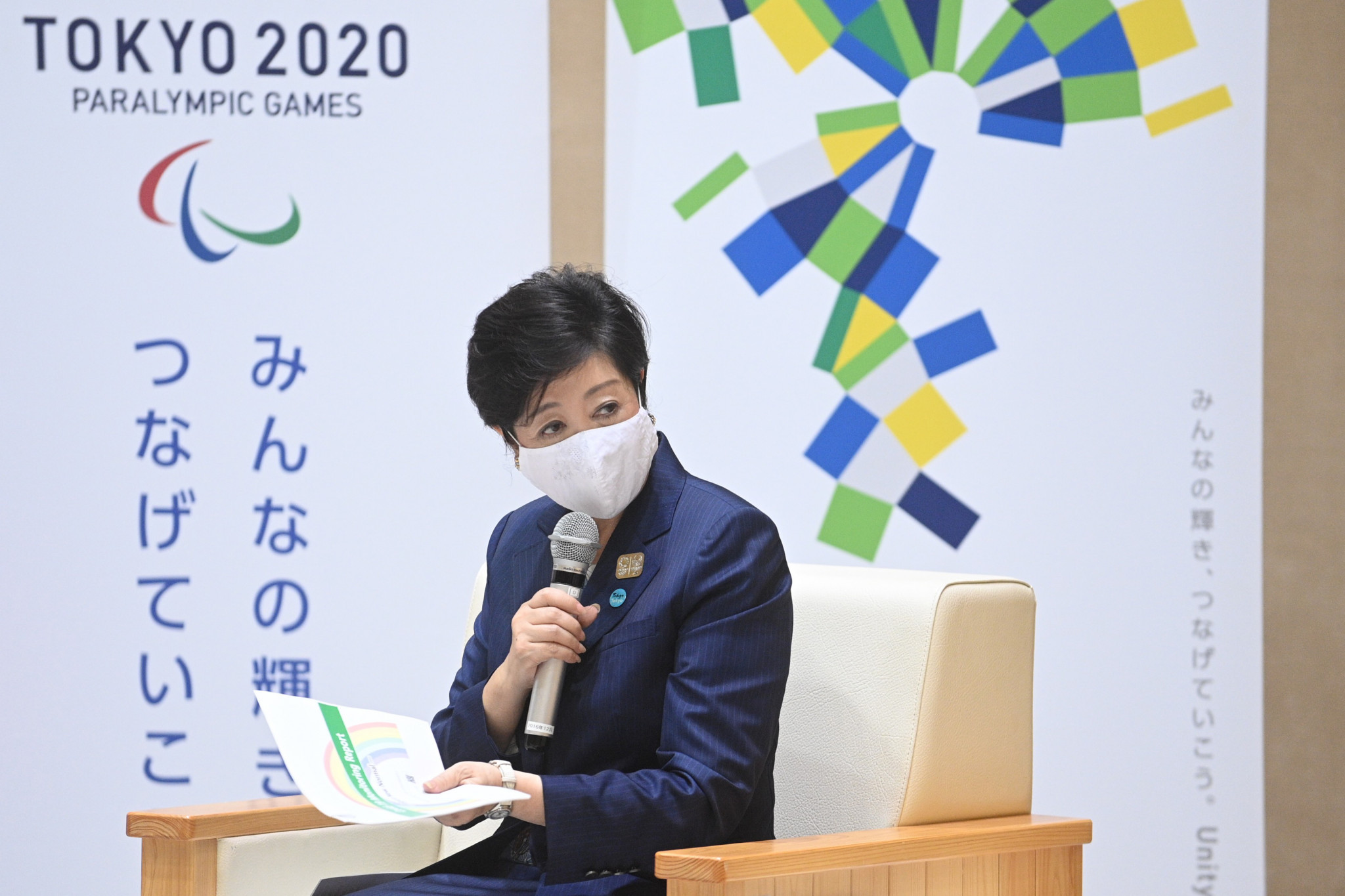 Tokyo Governor Yuriko Koike is expected to attend the grand Opening Ceremony of the Olympic Aquatics Centre later this month.

The event to unveil one of the key venues for the Games had been due to take place in March before it was postponed indefinitely because of the coronavirus pandemic.

Tokyo 2020 has confirmed the grand ceremony, set to include demonstrations from sports federations and a tour of the facilities, will be held on October 24.

Koike is due to make the opening remarks at the ceremony, prior to two guest of honour speeches.

The speeches are expected to be made by Minister for the Tokyo Olympic and Paralympic Games, Seiko Hashimoto, as well as Koto-ku Mayor Takaaki Yamazaki.

A ribbon-cutting ceremony will take place, prior to demonstrations of artistic swimming, diving, swimming and Para-swimming.

Residents of the Japanese capital have also been invited to the ceremony, with members of the public having had to register by October 7.

The selected members of the public will be taken on a tour of the venue.

Tokyo 2020 said a series of COVID-19 countermeasures, including social distancing and restricting access to certain areas, will be in operation during the ceremony.

The ¥56.7 billion (£422 million/$538 million/€462 million) Tokyo 2020 Aquatics Centre, due to stage artistic swimming, diving and swimming competitions at the Games, was the final permanent venue to be completed.

Construction of the facility, which has a capacity of 15,000 and will feature a 50 metres pool during the Olympic and Paralympic Games, was finished in March.

The Aquatics Centre is expected to hold international and national swimming events following the Games.

The Tokyo 2020 Olympics and Paralympics have been pushed back to 2021 due to the coronavirus crisis.

The Olympics are scheduled to run from July 23 to August 8, before the Paralympics take centre stage between August 24 and September 5.