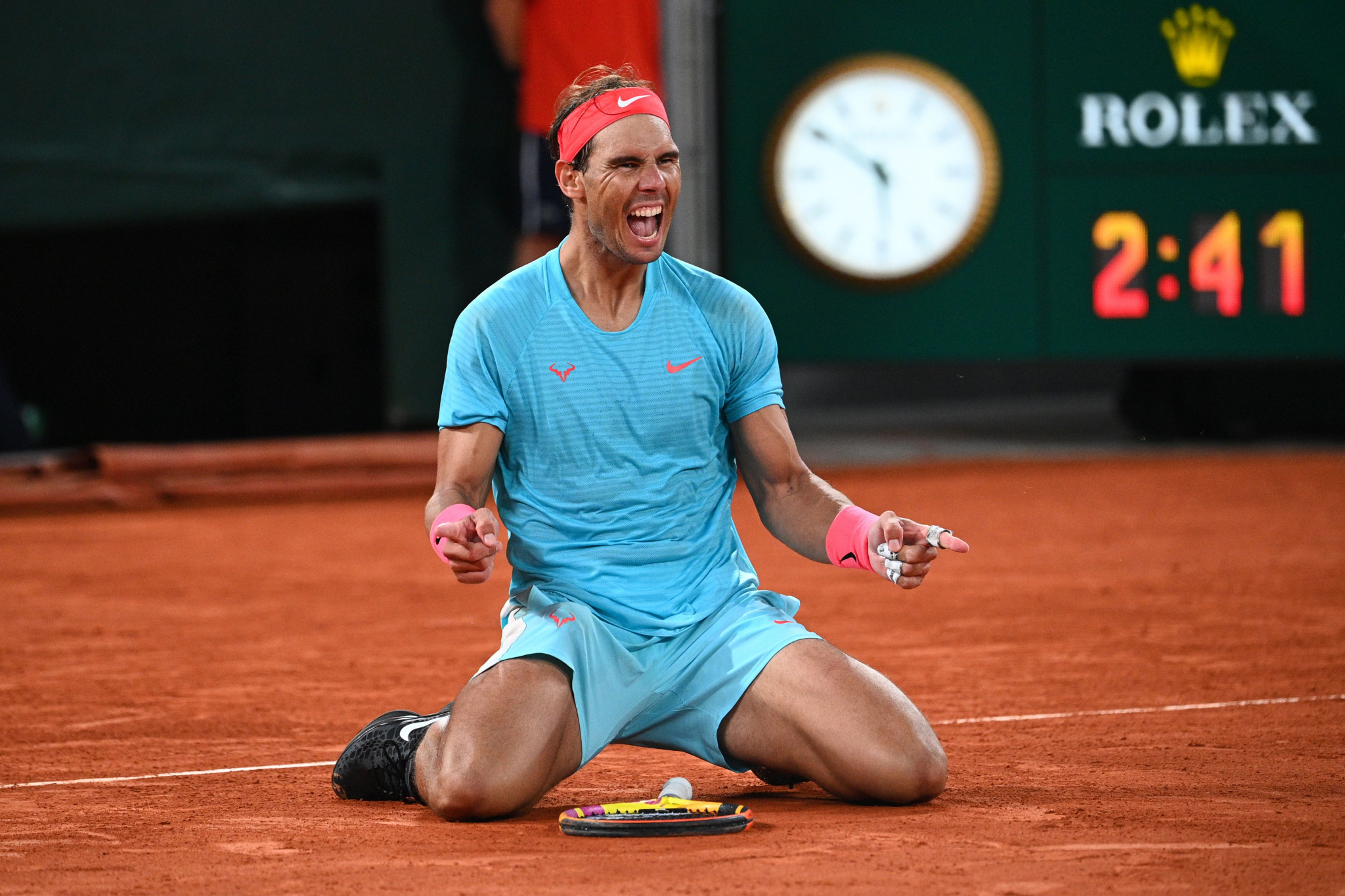 Rafael Nadal hammered Novak Djokovic in a flawless display of clay-court tennis as he stormed to a sensational 13th French Open title.

It was one of Nadal’s greatest performances on Court Philippe Chatrier - a venue he has made his own since his first major win in 2005 - as the Spaniard powered to a 6-0, 6-2, 7-5 victory.

The triumph was Nadal’s 100th win at Roland Garros and sees him draw level with Roger Federer on a record 20 men's Grand Slam single's titles.

With the roof closed, Djokovic - a player who often thrives indoors and leads the head-to-head record against Nadal - may have fancied his chances.

But any hopes the 2016 French Open champion had of increasing his major tally to 18 were soon quashed by a dominant Nadal in a stunning first set.

Looking to impose himself from the off, Nadal issued a statement of intent by breaking Djokovic in the opening game - and the defending champion did not look back from that moment onwards.

Djokovic was under all sorts of pressure in the early exchanges as he sent a backhand into the net to give Nadal a 3-0 lead.

The fourth game saw Djokovic bring up three break points but, on each occasion, Nadal came up with the answers as he combined brilliant defence with breath-taking shot-making.

Despite the one-sided scoreline, Djokovic produced some sublime tennis at times and staved off one break point with a fine cross-court forehand winner, but Nadal’s unrelenting pressure told as he won the first set to love.

How it started: How it's going: @RafaelNadal #RolandGarros pic.twitter.com/6zfBuKADun

Djokovic was then forced to save three break points at the start of the second set before winning his first game of the match just shy of the hour mark.

But matters did not improve for Djokovic after that as Nadal maintained his incredibly high level.

The Serbian was unable to shackle his great rival, who continued to conjure up moments of magic to break in the third and fifth game as he burst into a 5-1 lead.

Djokovic was looking into the skies in disbelief at what Nadal - a man he had beaten on 29 occasions - was producing on the Parisian clay.

Djokovic stopped the succession of games by winning the seventh, but a stray backhand handed Nadal the second set and complete control of the final.

Staring down the barrel at an embarrassing defeat, Djokovic dug deep and made it to 5-5 in the third set, including breaking Nadal for the first time.

However, a double fault - which came after the umpire overturned the line judge’s decision - gave Nadal a chance to serve for the title at 6-5.

And Nadal duly obliged by sealing victory with an ace as he fell to his knees in celebration.

The defeat is Djokovic's first in a competitive match this year.

"A very tough year but a win here means everything to me," said Nadal, who skipped the US Open.

"For me today this is just a Roland Garros victory.

"Roland Garros means everything to me."