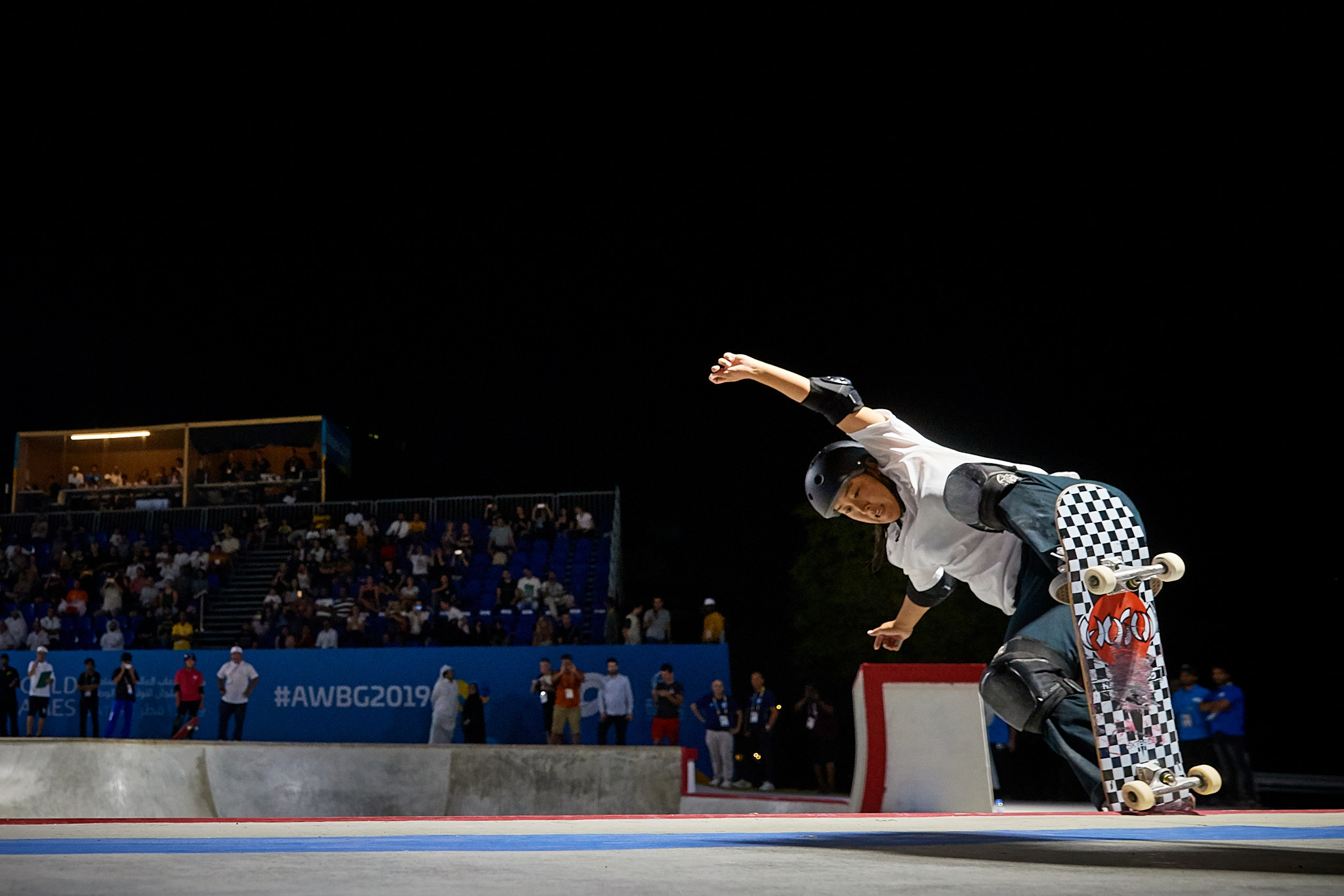 A maximum of two National Championships can be included in the rankings, with only one counting in a calendar year.

Event points from National Championships will be added to the rankings after May 31 2021, or two weeks before the World Championships in 2021.

Results from continental championships will only be factored in after all continents have had an opportunity to compete.

If any of them do not have the chance to compete, continental points will not be added.

Okamoto has won all four of her last competitions, with the 14-year-old being joined by the more experienced Yosozumi in second on three of those occasions.

Brown has finished third behind the Japanese pair in the past two races too.

Brazil's Pamela Rosa is a clear leader in the women's street standings with another one-two ahead of another 12-year-old prospect, Rayssa Leal.

Rosa has taken four victories from her last five races, with Leal taking the only other one counting towards the rankings.

Japan's Aori Nishimura, who has made the podium in her last three competitions, sits third, with a third Brazilian, Leticia Bufoni, in fourth.

The United States top both men's rankings with Nyjah Huston holding a narrow lead in the men's street rankings, with Japan's Yuto Horigome reeling him in as the most in-form skater in the discipline having won two of his last four races and finishing second too.

Portugal's Gustavo Ribeiro is a distant third with Japan's Sora Shirai in fourth after picking up the last win prior to World Skate suspending activity due to the COVID-19 pandemic.

Heimana Reynolds sits comfortably at the top of the park rankings thanks to two wins from four holding a lead over Brazil's Luiz Francisco who had to play second fiddle to the American in both of his wins.

However, Francisco has been more consistent - picking up fourth and ninth place finishes compared to Reynolds sixth and 15th place in his other two competitions.

The US' Cory Juneau missed an event last year, but is also the most recent winner from a competition in Rio de Janeiro.

His second and eighth place finishes keep him close behind Francisco and in front of Brazil's Pedro Barros in fourth.