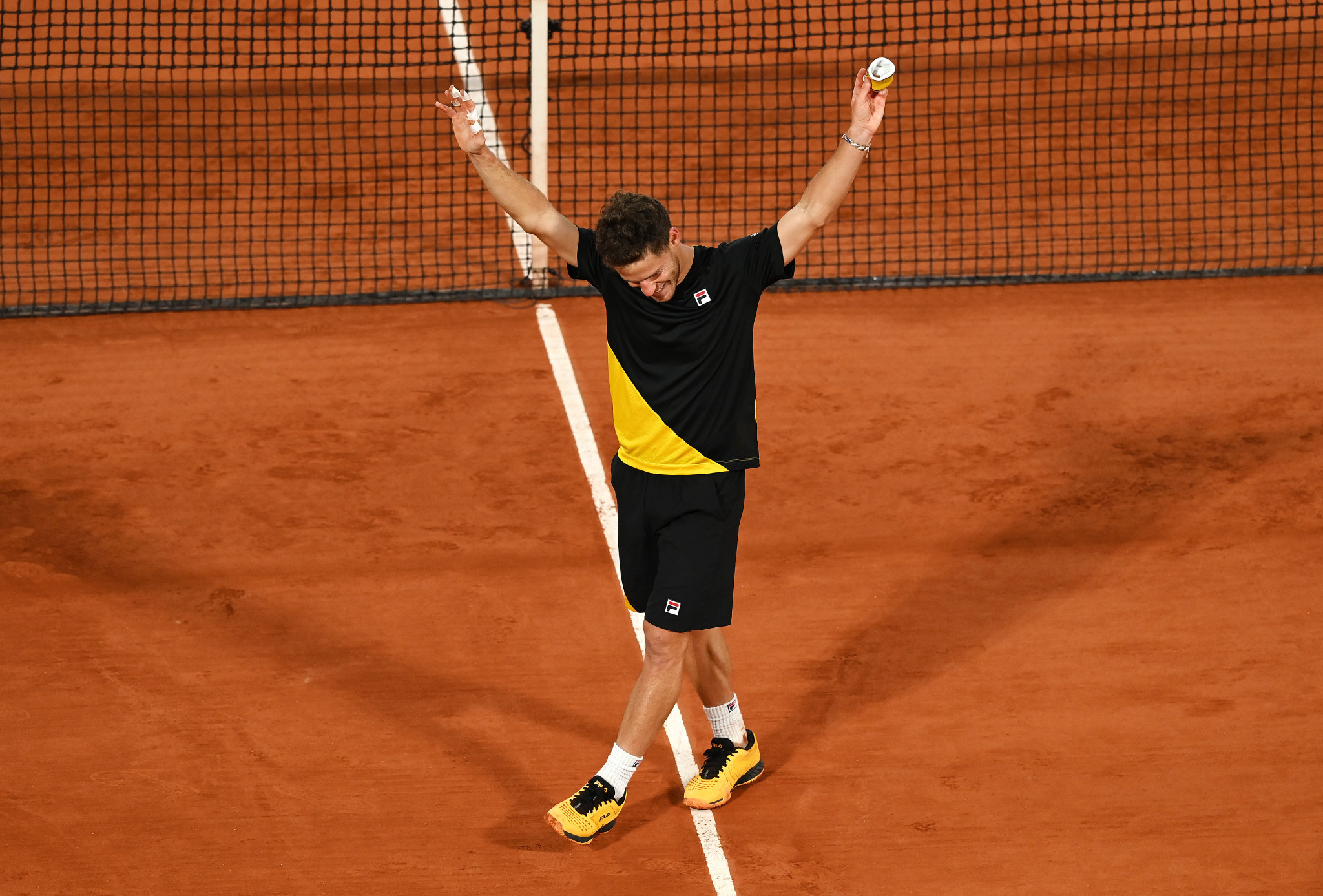 Third seeds Dominic Thiem of Austria and Elina Svitolina of Ukraine both suffered defeats on a marathon day of French Open quarter-final action, which ended with victory for Rafael Nadal at 1.26am local time, as the tournament recorded its latest ever finish for a day's play.

A busy day on Court Philippe Chatrier, which started more than 14 hours earlier at 11am local time, saw the remaining fourth round match in the women's singles played before four quarter-finals took centre stage.

The longest match of the day saw US Open champion Thiem beaten in five sets by Argentina's Diego Schwartzman, the 12th seed, 7-6 5-7 6-7 7-6 6-2 in a contest that lasted just over five hours.

The first set went to a tie-break and was taken emphatically by the Argentine by seven points to one.

Thiem won set two 7-5 before the third set also went to a tie-break, which was clinched by the Austrian by eight points to six.

Set four also went to a tie-break and went Schwartzman's way by seven points to five to set up a deciding set.

Schwartzman then took the decider 6-2 to set up a meeting with 12-time French Open champion Rafael Nadal.

Nadal, the second seed, defeated Italy's Jannik Sinner in a match that finished at 1.26am local time, the latest ever finish at Roland Garros.

In the women's singles, there was also an upset as third seed Svitolina of Ukraine was comprehensively beaten by Argentine qualifier Nadia Podoroska.

The 23-year-old became the first qualifier to reach the last four at the French Open after recording a 6-2 6-4 win.

One of the factors behind the marathon day of action at Roland Garros was that a women's singles fourth round match, delayed from yesterday because of bad weather, opened proceedings.