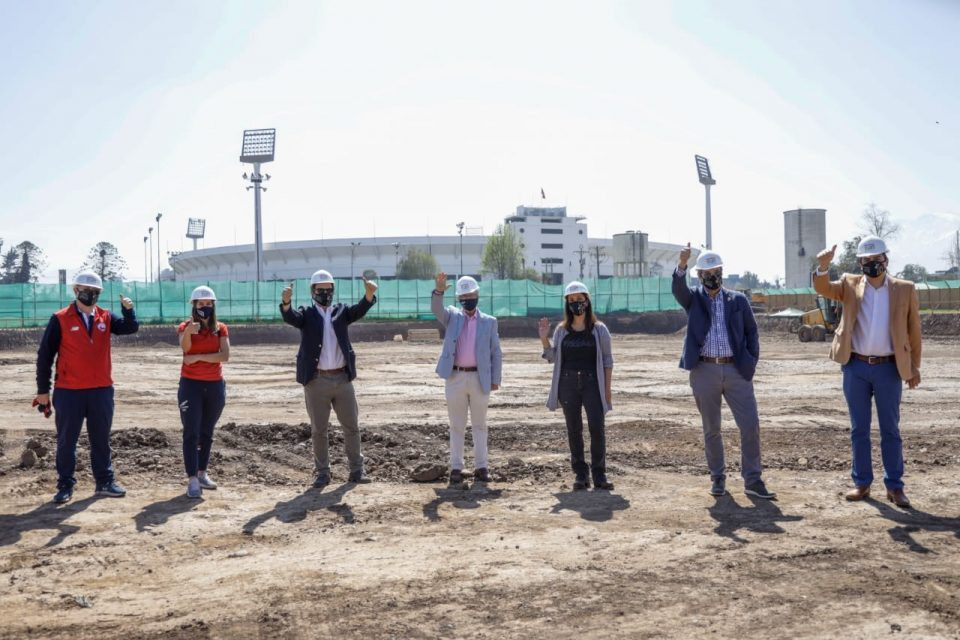 Officials from Santiago 2023 and Panam Sports have inspected the planned hockey venue for the Pan American Games in after construction work at the facility got underway in the the Chilean capital.

Work has begun on the construction of two hockey fields being built close to the National Stadium.

The venue, set to become the first national training centre for hockey once completed, is due to be finished at the end of 2021, according to Panam Sports.

It is one of 10 new facilities being built for the 2023 Pan American Games, the first edition of the continental multi-sport event to be held in Chile.

A further six will be refurbished before the Games are due to open in three years' time.

Ilic said Panam Sports was expecting construction of other venues to begin soon.

Panam Sports will be keeping a close eye on progress as the building of venues proved a concern in the build-up to the 2019 Games in Lima.

"In a couple of months, other construction projects will begin.

"I am happy that the National Stadium is an important development centre for the Pan American Games because all of this will be a tremendous legacy for the community."

Organisers hope the hockey facility will leave a legacy for the Chilean national hockey teams.

Chile lost in the bronze medal match in both the men's and women's hockey tournaments at the 2019 Pan American Games in Lima.

Officials in the country have insisted Chile hosting the Pan American Games in 2023 is viable despite the financial impact of the coronavirus pandemic.

Nearly 7,000 athletes are expected to take part in the Games in Santiago.