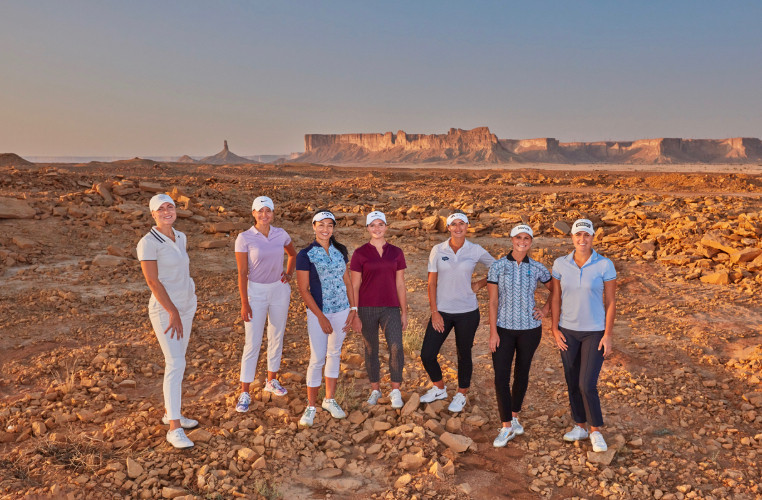 Both competitions will be part of the Ladies European Tour which described the news as a "landmark moment for women's sport in the Kingdom".

Royal Greens Golf Club, on the Red Sea coast near Jeddah, has been picked as the venue for both events.

Organisers have pledged to stage both competitions in a safe environment amid the coronavirus pandemic.

No major women's golf event has been held in Saudi Arabia before.

Women were finally given the right to drive in 2018 and the strict male guardianship system has been relaxed, but Amnesty International still describes "systematic discrimination" and Government critics remain in jail.

Alexandra Armas, the Ladies European Tour chief executive, said: "We are extremely excited to be part of history in bringing the first-ever professional women’s golf event to Saudi Arabia and we are thankful to their commitment to deliver not one but two tournaments, in what has been a difficult year for golf.

It is hoped that more than 100 of the world's best golfers will contest the Aramco Saudi Ladies International, which was originally scheduled for March.

The $1 million prize fund will make it the third highest-paying event on the circuit.

In the Saudi Ladies Team International, professional players will partner with amateurs for the first time in a new format.

"As we all know the first half of this year has been extremely trying on businesses, organisations and nations worldwide, with sport affected greatly," said His Excellency Yasir O. Al-Rumayyan, the chairman of the Saudi Golf Federation and tournament organiser at Golf Saudi.

"However, we are thankful to both PIF and Aramco – who are equally determined to give elite level sport the platform to continue to flourish, both here in Saudi Arabia and abroad, and never more so than now – which makes us proud to be throwing our full weight behind both the Saudi Ladies International and the Saudi Ladies Team International."

Saudi Arabia has made an increasing play for major sporting events as part of its vision for the future of the country.

The women's events will be the third and fourth professional golf tournaments held in the Kingdom in less than two years.

Two men's editions of the Saudi International have taken place in 2019 and 2020.

Welsh player Amy Boulden welcomed the announcement, saying: "This type of commitment to women's golf is really amazing to see at this time.

"It's given players another massive week to look forward to competing in and allows us to take the game we love to a new country where we can play on what is a truly incredible golf course with one of the most picturesque views you'll see on Tour."