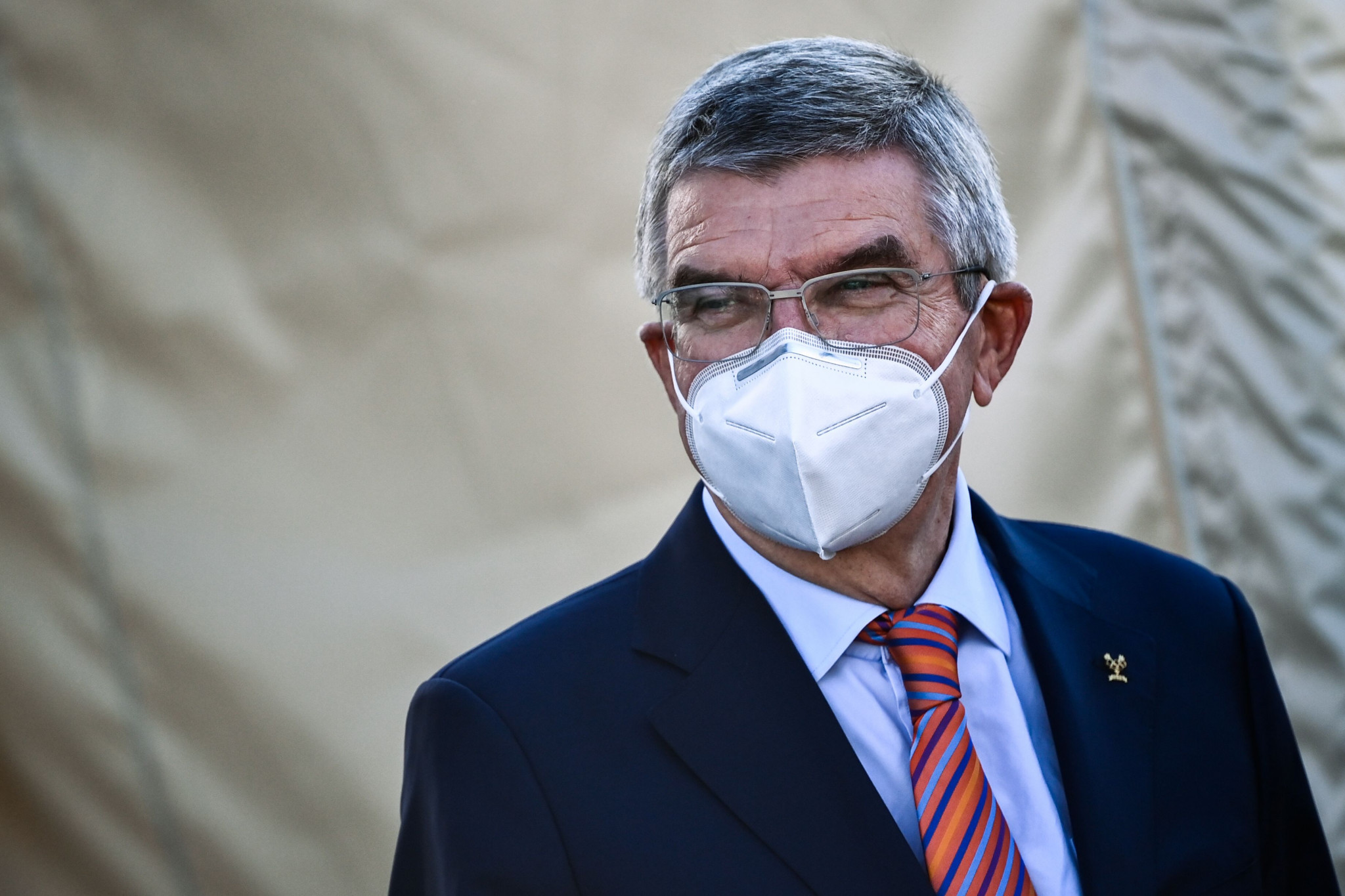 Bach made the comments at Imola in Italy, where the four-day Road World Championships came to an end today.

"Cycling has played a very particular role," Bach said, in comments reported by Cylcingnews, when discussing the return of elite sport amid the coronavirus pandemic.

"There was the Tour de France and now the World Championships, the two most complex events so far at international level.

"The success of these events gives us and the entire sports movement a lot of confidence.

"I'd like to thank the UCI for taking on this responsibility and organising in a very responsible way."

The pandemic led to the Tokyo 2020 Olympic and Paralympic Games being postponed by 12 months in March.

The Olympic Opening Ceremony is now due to be held on on July 23 2021.

While the pandemic brought almost all sport to a halt at one stage, it has started to return with measures in place to reduce the risk of spreading the virus, such as a reduced of spectators and often none at all, mandatory testing for athletes, coaches and officials, and in some cases bio-secure bubbles.

"It makes all us very confident because we've seen in the last couple of months that you can big sporting events in a safe environment, even without a vaccine," said Bach, who again reiterated that a vaccine "is not a silver bullet" as far as Tokyo 2020 is concerned.

A coronavirus countermeasures taskforce, comprised of officials from the Japanese Government, Tokyo Metropolitan Government and Tokyo 2020, is currently assessing what actions can be implemented to ensure the Games run smoothly.

Bach insisted that it is still too soon to say what the Olympics will look like in 10 months' time, but rejected a suggestion the "Pandemic Games" will be how it is remembered, per Cyclingnews.

"Tokyo will not be the Pandemic Games, they will be Games fit for the post-corona world," Bach said.

"We have to adapt to the new world we are living in.

"This will have an influence on the Games but they will keep their character of uniting the entire world.

"There will be the 206 Olympic Committees, the IOC Refugee Olympic Team, the village, the Opening and Closing Ceremonies.

"You will see and feel the Olympic spirit in Tokyo but adapted to the new world we are living in."

There will be 22 cycling gold medals up for grabs in Tokyo, across the disciplines of road, track, mountain biking and BMX.

The IOC President praised cycling as a "a very important sport" and believes that importance has grown since the global health crisis began.

"If you look at the exploding number of people cycling, be it in real life, be it virtually, then you see a growing popularity," Bach added.

"We hope this also extends to some continents in the world where there is potential for cycling to grow."