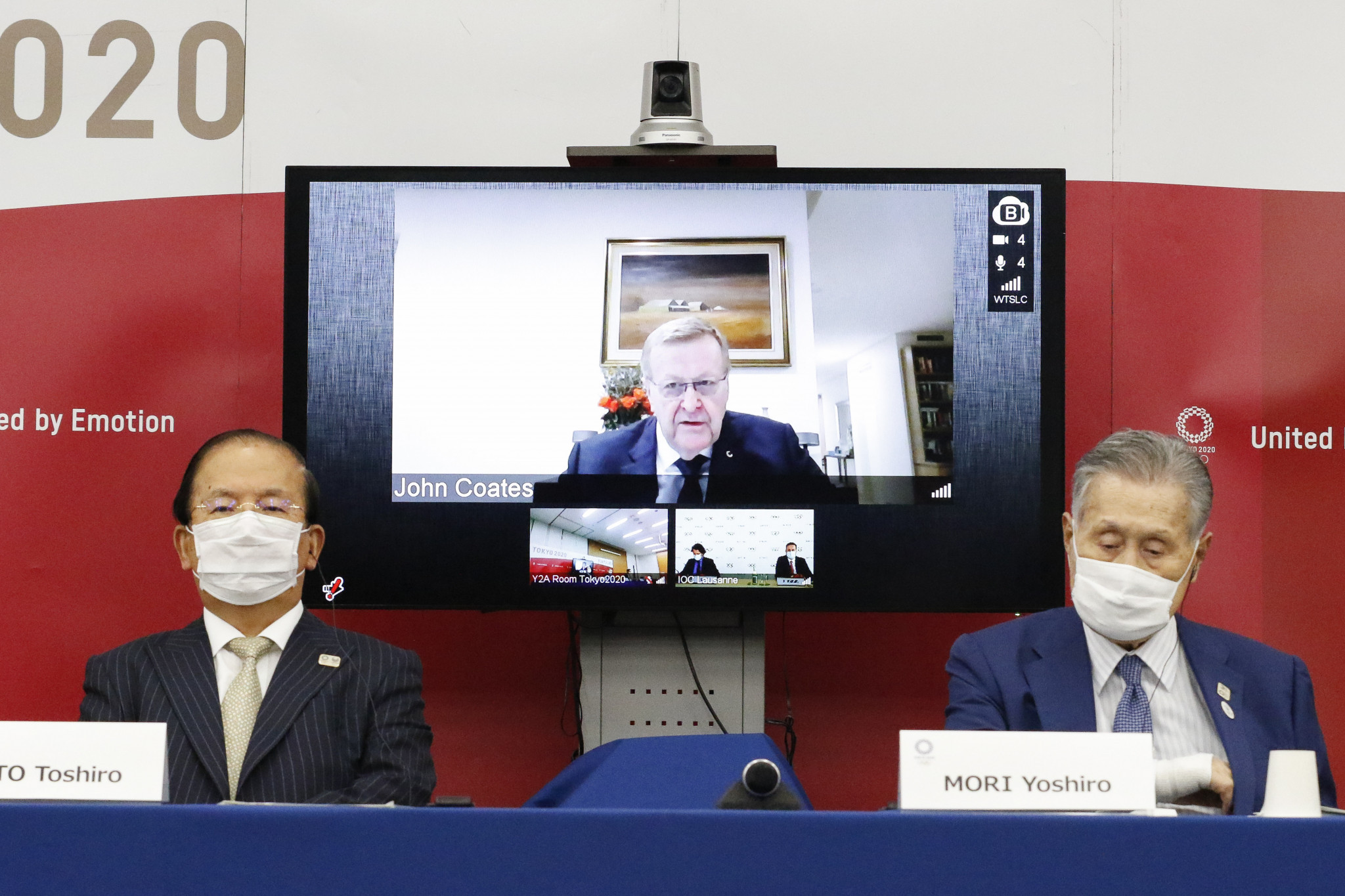 International Olympic Committee (IOC) Coordination Commission chair John Coates has claimed efforts to simplify Tokyo 2020 will be a blueprint for future organisers, while suggesting rules of International Federations may be adapted as countermeasures for the Games are produced.

Two days of virtual meetings between the IOC and Tokyo 2020 concluded today with organisers focusing on simplification measures to reduce the cost of the Games.

This includes costs relating to the number of people involved, infrastructure and Ceremonies.

The IOC said 50 measures had been approved, including the reduction of officials attending next year's Olympic and Paralympic Games by 10 to 15 per cent.

The simplification efforts have been labelled the "Tokyo model" by the IOC, with Coates claiming the measures will aid future organisers.

"Built from the principles outlined by the joint IOC and Tokyo 2020 Steering Committee, these optimisations and simplifications mark an important step towards delivering a safe and successful Games in 2021," Coates said.

"We owe it to the public to enact these measures during these challenging times, that’s why we’ve left no stone unturned and will continue to look for further opportunities over the coming months.

"The unique task of reorganising an Olympic Games has called for the Olympic Movement to be stronger together – this milestone illustrates our collective commitment.

"The ‘Tokyo Model’ will not only deliver a Games fit for a post-corona world, it will become a blueprint that will benefit future Organising Committees for many years to come."

Team welcome ceremonies for the Games have been scrapped, with the events having traditionally been held at the Athletes’ Village prior to the Opening Ceremony.

Organisers said 44 had been planned for the Olympic Games, with 49 scheduled for the Paralympics.

Tokyo 2020 President Yoshiro Mori said the Opening and Closing Ceremonies of the Games will be simplified.

Mori said the process was ongoing with creative directors seeking to create the right tone for the events due to the pandemic.

International Federations will be asked to review their sport initiation plans for the Games, which are currently due to take place at 21 venues for the Olympics and nine venues for the Paralympics.

The IOC say the changes will include streamlining of transport services, adjusting spectator activities at competition venues and hosting a number of pre-Games meetings online.

Tokyo 2020 are now set to estimate the provisional cost-savings achieved by the measures, prior to updating the IOC Executive Board in October.

A coronavirus countermeasures task force is assessing possible scenarios and measures that could allow the Olympics to run as expected from July 23 to August 8 next year.

The taskforce is formed of officials from the Japanese Government, Tokyo Metropolitan Government and Tokyo 2020.

Countermeasures are expected by the conclusion of this year.

Coates suggested the countermeasures could potentially require International Federations to adapt rules, which would enable athletes to be replaced in some sports should they test positive for coronavirus on arrival at the Games.

Should a vaccine be developed prior to the Games, athletes may be required to accept receiving a vaccine prior to participating at Tokyo 2020.

"It may require some changes to the rules of our International Federations to provide if an athlete gets here and tests positive, there has to be a provision to take that athlete out of the Games in the same way we replace athletes with doping problems.

"There will have to be agreements with athletes to be tested.

"There may even have to be agreements, if there is a vaccine, that they will accept vaccines.

"We may have to adjust some entry rules and other guidelines to federations to deal with this situation."

The countermeasures are expected to centre on seven areas.

This includes testing, tracking and isolating, as well as information provision and vaccines.

Travel and country access, physical distancing, personal protective equipment and cleaning, and food and beverages are also being considered.

Best practices from other major events could be incorporated, with the US Open and the Tour de France among competitions to have successfully been completed under COVID-19 protocols.

Organisers say a focus on athletes, Games-related personnel and spectators will be a key focus of the ongoing discussions.