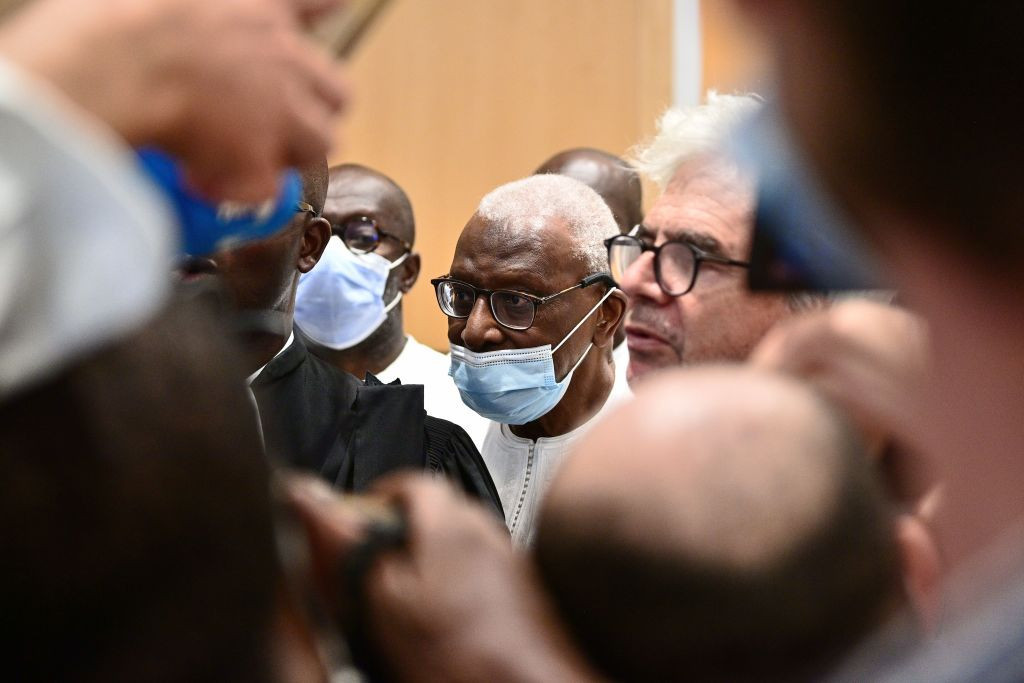 Disgraced former International Association of Athletics Federations (IAAF) President Lamine Diack has made his latest appearance in front of a French judge as part of an investigation into alleged corruption linked to the respective awarding of the 2016 and 2020 Olympic Games to Rio de Janeiro and Tokyo.

Diack, found guilty of corruption for by the Paris Criminal Court last week following an investigation into cover-ups of Russian doping cases for cash, has been "interviewed" by the judge, according to Agence France-Presse.

The 87-year-old - sentenced to four years in prison, two of which were suspended, in the Russian case - and his son Papa Massata Diack are being investigated on suspicion of corruption in the processes which led to Rio and Tokyo landing the hosting rights for the 2016 and 2020 Olympics, respectively.

The Diacks have been accused of being involved in a cash-for-votes scandal in a case which could have far-reaching consequences for sport and the Olympic Movement.

Payments worth $2 million (£1.5 million/€1.7 million) made to Singapore-based firm Black Tidings, linked to Papa Massata Diack, are the subject of investigations by French authorities in relation to alleged vote buying in connection with the 2020 Olympic and Paralympic bid race.

The French court found Lamine Diack had covered up Russian doping cases so athletes from the country could compete at major events including the 2012 Olympic Games in London and the 2013 World Championships in Moscow, in exchange for money.