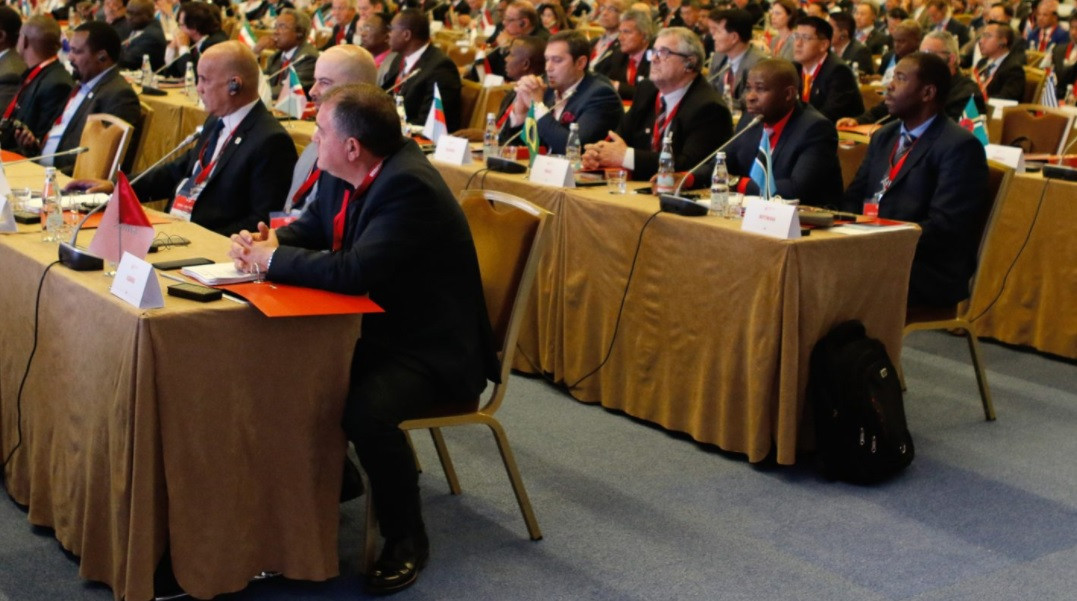 Two senior International Boxing Association (AIBA) officials have offered their backing to the organisation holding its Presidential election and Extraordinary Congress virtually later this year due to the coronavirus pandemic.

European Boxing Confederation President Franco Falcinelli and American Boxing Confederation counterpart Osvaldo Bisbal have called for their respective members to support a proposal to stage the event, scheduled to be held in Budapest from December 12 to 13, remotely because of restrictions imposed in response to the COVID-19 crisis.

In letters to their members, seen by insidethegames, Falcinelli and Bisbal said holding the election to find a permanent replacement for Gafur Rakhimov as President would show the International Olympic Committee (IOC) that AIBA is determined to clean up its act.

The IOC suspended AIBA, which will have no involvement in the boxing tournament at Tokyo 2020, as the Olympic governing body for the sport in June 2019 due to concerns over governance, financial management and the integrity of its competitions.

The election is seen by AIBA as a crucial step in its bid to be reinstated before the 2024 Olympic Games in Paris.

The correspondence from two of AIBA's most senior Executive Committee members follows AIBA Interim President Mohamed Moustahsane writing to all of AIBA's National Federations (NFs) to collect their feedback on holding a virtual Extraordinary Congress.

Moustahsane, who has led AIBA on an interim basis since March last year, suggested a remote election as the best course of action for the embattled body.

In the letter, obtained by insidethegames, the Moroccan admits there is "little chance that the situation turns to positive so we must admit that this heath crisis will most probably impact AIBA’s next Congress planned for December 12 to 13".

Moustahsane has given NFs until the end of tomorrow to submit their responses on the possible virtual Congress.

It comes amid some members of the Executive Committee, which has the power to decide on a remote election and Congress, expressing concern over the lack of progress made in organising an event deemed vital for AIBA's future.

Under AIBA's constitution, the organisation has to inform NFs of the positions available at the Congress by October 2.

"I would like to highlight that we have an extraordinary opportunity to show the IOC what our real intentions are as we definitely want to get the IOC suspension lifted and rebuild the healthy relations with all Olympic stakeholders again," Bisbal wrote.

"I cordially like to ask all of you to support the idea of having the Congress virtually.

"This determination will certainly show IOC, boxing family and our own athletes that we want to recompose our images and restart our future with a united way."

Candidates wishing to stand for AIBA President must be nominated by their National Federation.

Applications for President and other positions have to be sent to AIBA no later than 40 days before the Congress.

Azerbaijan's Suleyman Mikayilov is the only official to publicly declare their candidacy for AIBA President.

insidethegames understands China's Wu Di and Russian Umar Kremlev could be among the other officials in contention for the top job.

It is not yet clear whether Moustahsane will stand for President, although it is thought unlikely he will throw his hat into the ring.