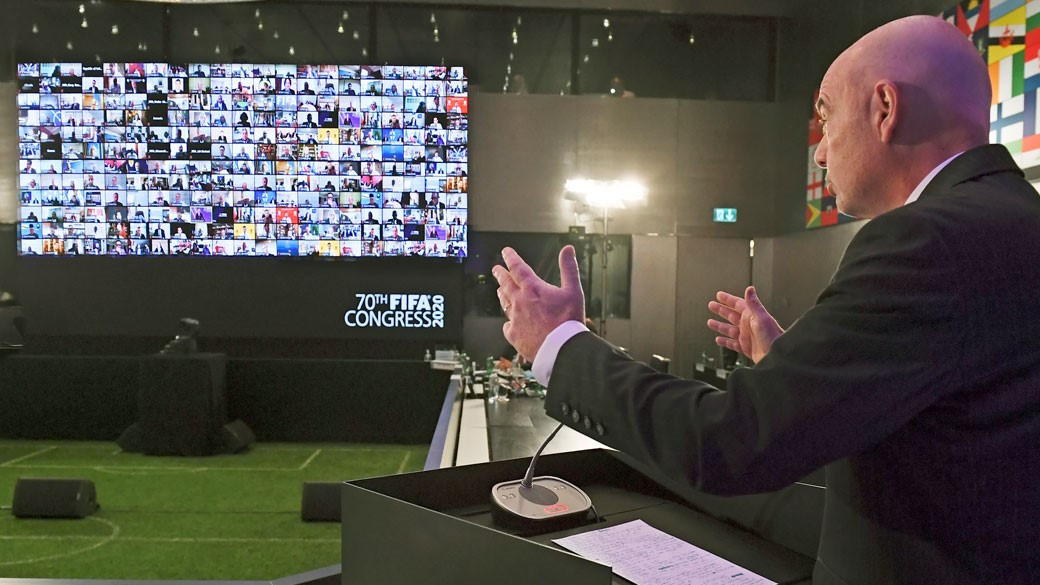 Criminal proceedings were opened against Infantino in Switzerland in July over dealings with Lauber.

Infantino was cleared of any wrongdoing by FIFA’s Ethics Commission, which launched and closed a preliminary investigation into the meetings.

He has claimed the meetings with Lauber "were in no way secret and most certainly not illegal", and said he was seeking to assist authorities with investigating past wrongdoings at FIFA.

Infantino cited his recent meeting with United States Attorney General William Barr as an example, claiming he used the opportunity to personally thank the US Department of Justice (DOJ) for their efforts to combat corruption in football.

The Swiss official said meetings with authorities show attempts from the "new FIFA" to deal with the past.

"In Switzerland, as you know, an investigation has been opened with regard of a few meetings between myself and the Swiss Attorney General, three or four years ago," Infantino said.

"Meetings include the Attorney General of Switzerland, meetings that were meant to define and make clear the new FIFA was miles, worlds away, from the old FIFA.

"Don’t forget FIFA became victim to corrupt officials, that is what courts say all over the world.

"FIFA is still suffering from that.

"In 2015 FIFA was considered toxic and pronounced dead, an organisation that served itself from football rather than serving football.

"It was my duty to meet with the Swiss Attorney General, I had to do my due diligence because I wanted to liberate FIFA from those old, toxic values.

"No organisation can be led into the future if you do not resolve the past.

"I thought I could do it, but it was not possible, you have to deal with your past.

"That is why two days ago I was meeting the US Attorney General to prove we don’t want to go back to our past, to prove FIFA has been reformed and to express our gratitude that at the time the DOJ saved FIFA from itself while others were standing there watching.

"We will continue to fight against corruption in football and will cooperate with authorities all over the world that will help us save and reform football.

"Today I am more convinced that ever to fight for these values.

"Eventually those who have made up conspiracy theories to damage us will be victims to their own schemes, they will reveal themselves."

The reducation of $120 million in revenue is expected as a result of the coronavirus crisis, which the governing body largely attributes to the non-staging of the FIFA Confederations Cup.

As part of its COVID-19 relief plan, FIFA is planning to release $1.5 billion (£1.1 billion/€1.3 billion) in funding to ease financial concerns in football across the world.

Among the key decisions taken at the Congress was the approval of a rule change regarding player’s eligibility to compete for a second national team.

The change will enable players to switch eligibility provided they have played a maximum of three times for their first national team, including tournament qualification games, before they turned 21.

Their last appearance for their first national team would have had to have been three years earlier.

Players would not be able to change nationality had they represented their nation at a major tournament, such as the FIFA World Cup.

Statute changes which allowed for FIFA's Congress to be staged "by teleconference, by videoconference or by another means of communication" were also passed.