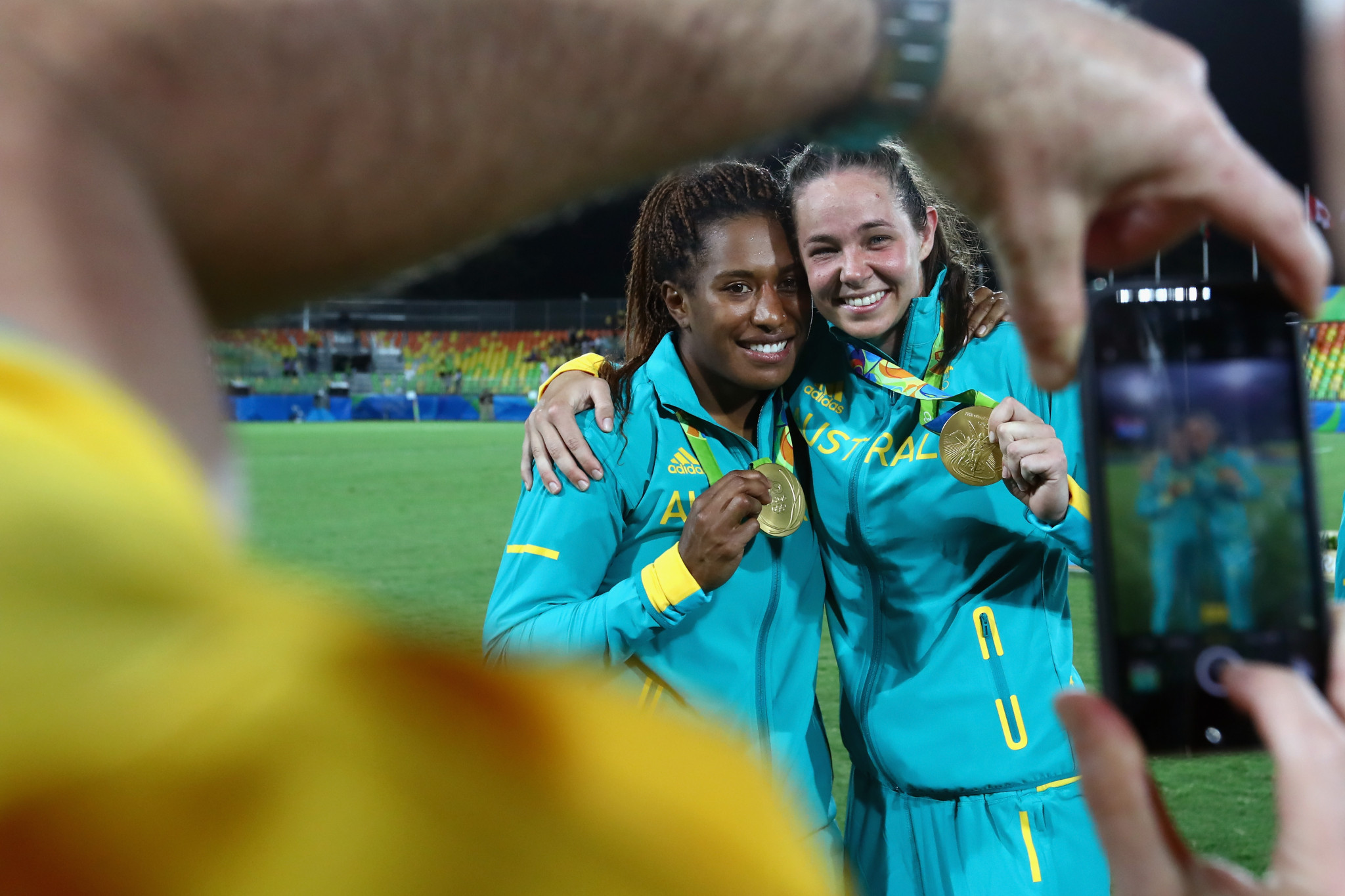 Rugby sevens gold medallist Chloe Dalton has revealed that the victorious Australian team gathered for a special meal on the day they were to have competed in Tokyo this summer.

"It was pretty tricky initially with the news coming in that Tokyo was going to be postponed," Dalton said, speaking during a virtual ceremony where the Australian Olympic Committee recognised 810 teenagers as "Olympic Change-Makers" for inspiring positive community changes.

"We got together as a team and decided it was really important to celebrate the time we were due to be in Tokyo this year in 2020, so we had a bit of a lunch together.

"Then for me with my family and one of my team mates actually cooked some homemade dumplings and some ramen and had some close friends and family around to celebrate."

Dalton contributed 34 points to an unbeaten Australian campaign at Rio 2016.

"I got dressed in my kit from Rio and did a bit of a throttle back which was good fun," Dalton added.

"Winning gold at Rio was a pretty massive moment.

"Heaps of people had been out to watch that gold-medal match.

"People who didn’t necessarily know a whole lot about rugby sevens loved watching it because it is such an exciting sport is so fast paced.

"It is really cool to watch."

During the pandemic, Dalton took the chance to coach youngsters at Pymble Ladies College where she was a pupil herself.

"I think a really special thing for me, particularly during COVID, has been going down to see a couple of local clubs.

"I’ve been coaching sevens where I used to go to school.

"It’s pretty amazing to see there are now over 100 girls there playing rugby, when I was a kid I used to watch my brothers play rugby.

"There was probably one senior girls team but no opportunities available for the young girls so it is really cool to see the way Australia as a country has embraced rugby and the way that winning that gold medal inspired hopefully a generation of young girls."

Australia qualified for Tokyo through their placing in the 2018-2019 World Rugby Sevens Series, where the country came fourth.

However, the Olympics was postponed until 2021 in light of the global health crisis.

"From there we’ve regrouped and looked at 2021 and tried to work out what we as a team can be doing to get ahead of our competitors.

"Using this time that we are fortunate enough to be training as a team to try and work out what we can be doing, whether that is in the gym on the field or away from there, to try and get a competitive edge heading into Tokyo and defend that gold medal."

A two-sport athlete, Dalton announced last month that she will not play in this year's Australian Football League Women's season in order to prepare for Tokyo 2020.