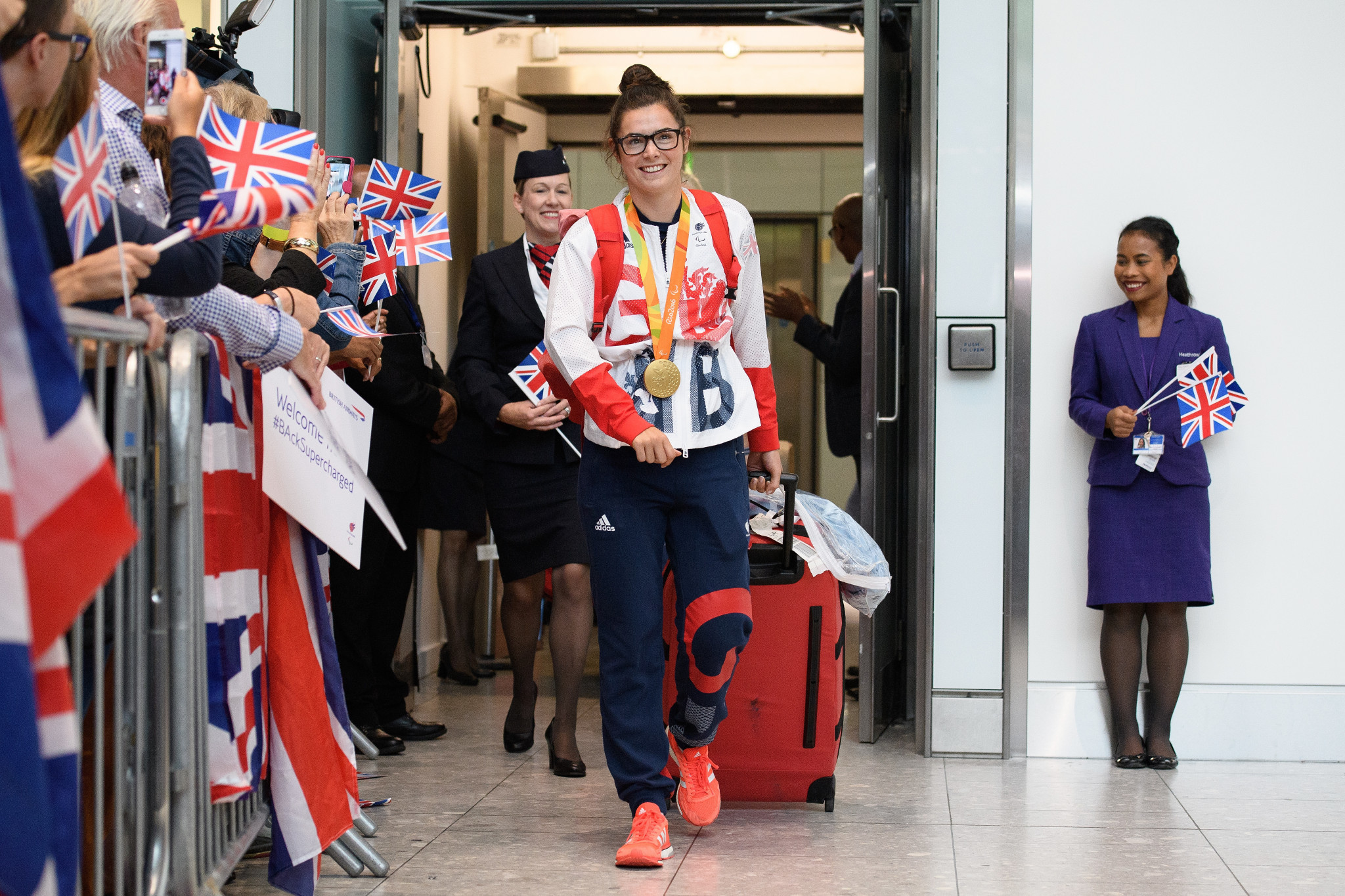 Clough joined the British Rowing Para-squad in 2013 and established herself as a key member of the PR3 mixed coxed four crew.

Clough received a Member of the British Empire award in the New Year’s Honours that year.

She secured four world titles in the mixed coxed four event from 2014 to 2018.

"The highlight of my rowing career has to be that golden day in Rio where GB won a medal in every boat class," Clough said.

"It was an incredible feeling to be part of such a dominant team of athletes and support staff, with everyone working towards one goal and it all coming together on the day.

"We had so many friends and family there and just seeing everyone so happy and celebrating the achievement felt amazing."

"I’ve had an incredible journey - from coming into rowing as someone who had no idea which way to sit in a boat to becoming Paralympic champion in two and a half years," Clough added.

"I have to give a special thanks to Tom Dyson for his patience in teaching me how to row.

"If it wasn’t for the support team around me, especially Tom, I would never have won anything let alone become Paralympic champion.

"I step away from the sport having achieved more than I ever thought possible, thanks to the funding, support staff and GB setup which enables people to achieve incredible things."

Clough was originally spotted at a ParalympicsGB Talent ID event and supported by Dez Atkins and Nottingham Rowing Club during the early stages of her training.

She claimed her first World Cup victory at Aiguebelette in France 2014, with a maiden world title coming later that year.

Clough has announced her intention to return to university to train as a secondary school physical education teacher.