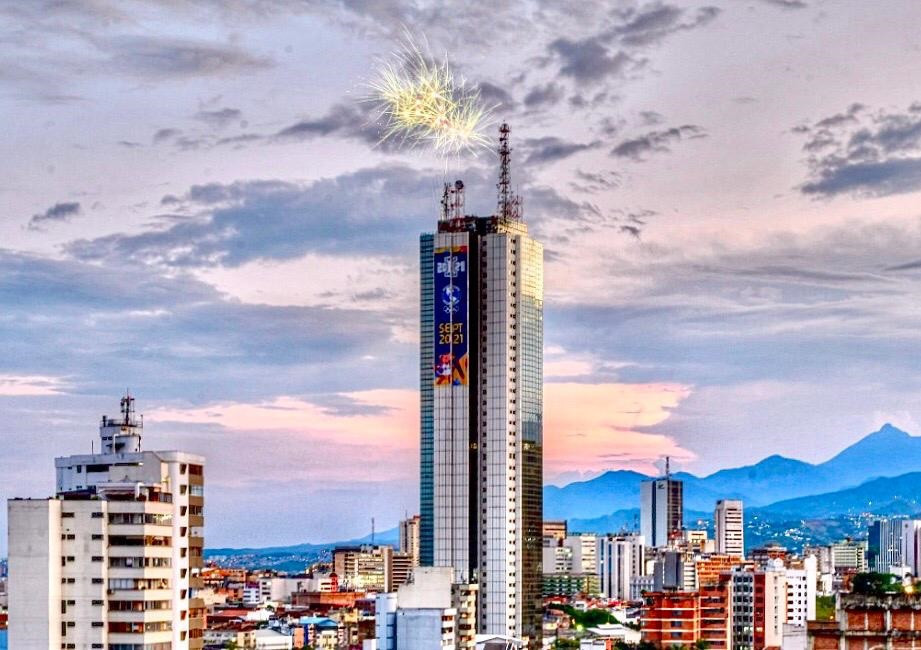 Colombian President Ivan Duque says it will be an "honour" to host next year’s inaugural Junior Pan American Games as the one-year countdown begins to Cali 2021.

A fireworks show from the 180-metre high Cali Tower – the tallest building in the city – started the countdown on Wednesday to what Duque described as "one of the most important sporting events in the world for the youth".

A banner measuring 50m high and 12m long was also placed at the top of the Cali Tower to help build excitement towards the Games which is scheduled to take place from September 9 to 19 2021.

The event was attended by Jose Luis Echeverry, executive director of Cali 2021, and representatives of the Valle del Cauca Government from a room in the Cali Tower Hotel, while Duque and Ernesto Lucena, the country’s Sports Minister, joined virtually from Bogota.

"A year from today, we will be welcoming the Junior Pan American Games in our country, one of the most important sports events in the world for the youth," Duque said.

"It is an honour for Colombia to receive the Junior Pan American Games in the region of Valle del Cauca, with Cali as its main host city, but also having over six municipalities as sub-sites for the Games.

"The eyes of the international community will continue to see our country as a promising land, and above all, as a place where sport is part of the development agenda."

"We have already entered the final stretch of these Cali-Valle 2021 Junior Pan American Games with the one-year countdown event," said Ilic.

"We are very happy with the commitment and motivation of all of Colombia to organise this great sports festival, which we are sure will be very successful.

"In Cali we will see the new generation of athletes, the best on the continent who represent the future of our region, and that will be fundamental for our great objective as an organisation to continue with the sports development of the Americas."

Colombian cyclist Mariana Pajon, who won gold at London 2012 and Rio 2016, was among a number of athletes that shared their excitement about hosting the Junior Pan American Games.

"We are one year away from this great sports festival and I want to invite all the athletes of the continent to participate in this great event, Cali-Valle 2021, ‘All For You’,” Pajon said.

Colombia’s Daniel Restrepo, a champion in diving at the 2019 Pan American Games in Lima, said Cali 2021 would be a "spectacular party" while Puerto Rico’s Adriana Diaz, who won gold at Lima 2019, added: "The best young athletes from 41 nations are ready to show their passion and dedication in this historic event."

Around 3,500 athletes from 41 countries are expected to compete at the first edition of the Games.