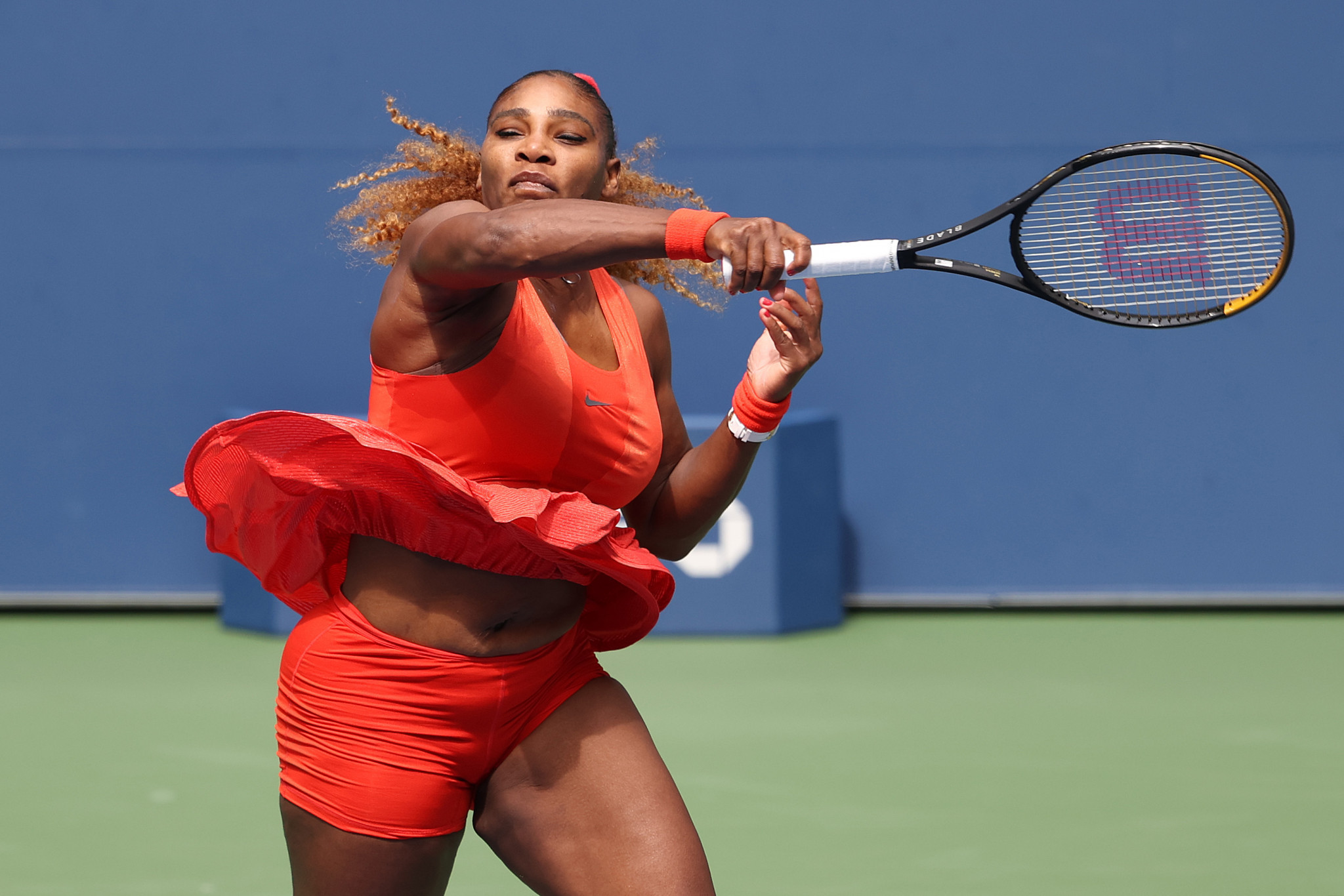 Third seeds Serena Williams and Daniil Medvedev reached the last four of the US Open as singles quarter-final action continued on day ten at Flushing Meadows.

Williams, who will go level with Australian Margaret Court for most women's singles Grand Slam titles if she triumphs in New York was made to work hard for her last-four berth as she faced fellow mother Tsvetana Pironkova of Bulgaria in the first match of the day session on Arthur Ashe Stadium court.

Pironkova, who is playing in her first tournament since Wimbledon 2017, when she lost in the second round, took the opening set of her match with Williams 6-4. after breaking the American's serve in the fifth game.

Pironkova broke early in set two but Williams broke back immediately and went on to break again on route to taking the set 6-3.

Both players were taken to three sets in their last 16 encounters, but Williams looked the stronger and broke twice as she took the decider comfortably 6-2, booking a meeting with either Belarusian Victoria Azarenka or Elise Mertens, of Belgium, the 16th seed, who contest the remaining women's quarter-final during the night session.

A high-quality first set, which featured a 35 shot rally in the opening game, was briefly interrupted at 6-5, due to a power outage on site.

The set went to a tie-break and after Rublev squandered three set points, Medvedev closed out the tie breaker by eight points to six, causing his opponent to smash his racket in frustration.

Medvedev took set two after breaking in the sixth game, with Rublev issued with a code violation for an audible obscenity on route to losing the set 6-3.

Last year's runner-up Medvedev twice needed medical treatment in the third set, as he appeared to struggle with cramp, but managed to force a second tie-break of the contest.

Medvedev closed out the match in straight sets by winning the breaker by seven points to five, and he will now face the winner of the remaining quarter-final, to be played in the night session, between second seed Dominic Thiem of Austria and Australia's 21st seed Alex De Minaur.