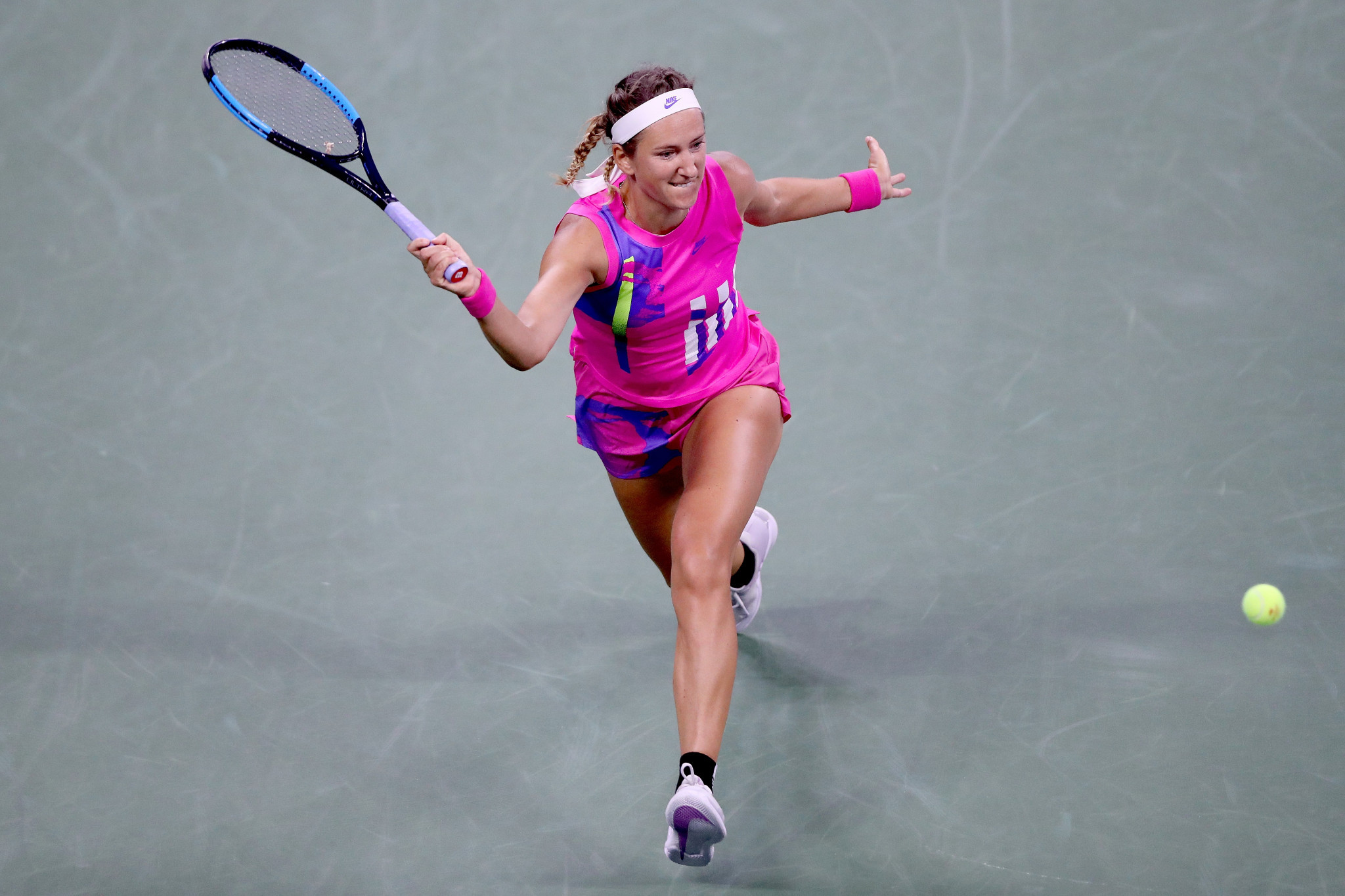 Victoria Azarenka of Belarus continued her strong form to reach her fifth US Open women's singles quarter-final, after coming from a set down to defeat Czech 20th seed Karolina Muchova.

Having suffered from injuries and a difficult custody battle over the past few years, the 31-year-old is currently playing her first Grand Slam since the 2019 edition of the US Open, where she was knocked out in the first round against compatriot and ninth seed Aryna Sabalenka.

However, she vanquished Sabalenka in the second round in a vindicating victory and has now knocked out another seeded player with a 5-7, 6-1, 6-4 win over Muchova at Flushing Meadows.

It was the first time in the tournament that Azarenka, who is unseeded, had to play three sets, but she did not seem fazed by the longer match.

Mertens has yet to drop a set in this year's tournament and continued that tradition against the home favourite with a convincing 6-3, 6-3 win.

The win means she matches her best US Open finish, having also made the final eight last year where she lost to Canada's eventual winner Bianca Andreescu.

Three Americans are still in the women's draw including third seed Serena Williams, but her compatriot and 28th seed Jennifer Brady will fancy her chances in the early match against Kazakhstan's 23rd seed Yulia Putintseva for a place in the semi-finals tomorrow.

Unseeded Shelby Rogers will be in action in the later match against fourth seeded Japanese player Naomi Osaka, a former champion.

Russia's Daniil Medvedev remains one of the favourites in the men's singles after booking his place in the last eight following a demolition of unseeded American Frances Tiafoe.

The third seed's 6-4, 6-1, 6-0 victory felt like a statement with only three rounds left to play, and a new Grand Slam winner will be crowned from an open field.

This comes after world number one Novak Djokovic's disqualification in the last 16 after he unintentionally struck a line judge with a ball.

Medvedev's quarter-final tie will be an all-Russian affair after 10th seed Andrey Rublev came from a set down to beat sixth seeded Italian Matteo Berrettini 4-6, 6-3, 6-3, 6-3.

Medvedev will look to go one better than last year's tournament when he made his first Grand Slam final, before losing to Spain's Rafael Nadal.

If he defeats Rublev, a second versus third seed semi-final could be on the cards against Austria's Dominic Thiem.

Croatia's 27th seed Borna Ćorić will be in early action against Germany's fifth seed Alexander Zverev tomorrow for a place in the semi-finals.

The winner of that match will play either Spain's 20th seed Pablo Carreno Busta or Canadian 12th seed Denis Shapovalov in the final four, who play in the late session.