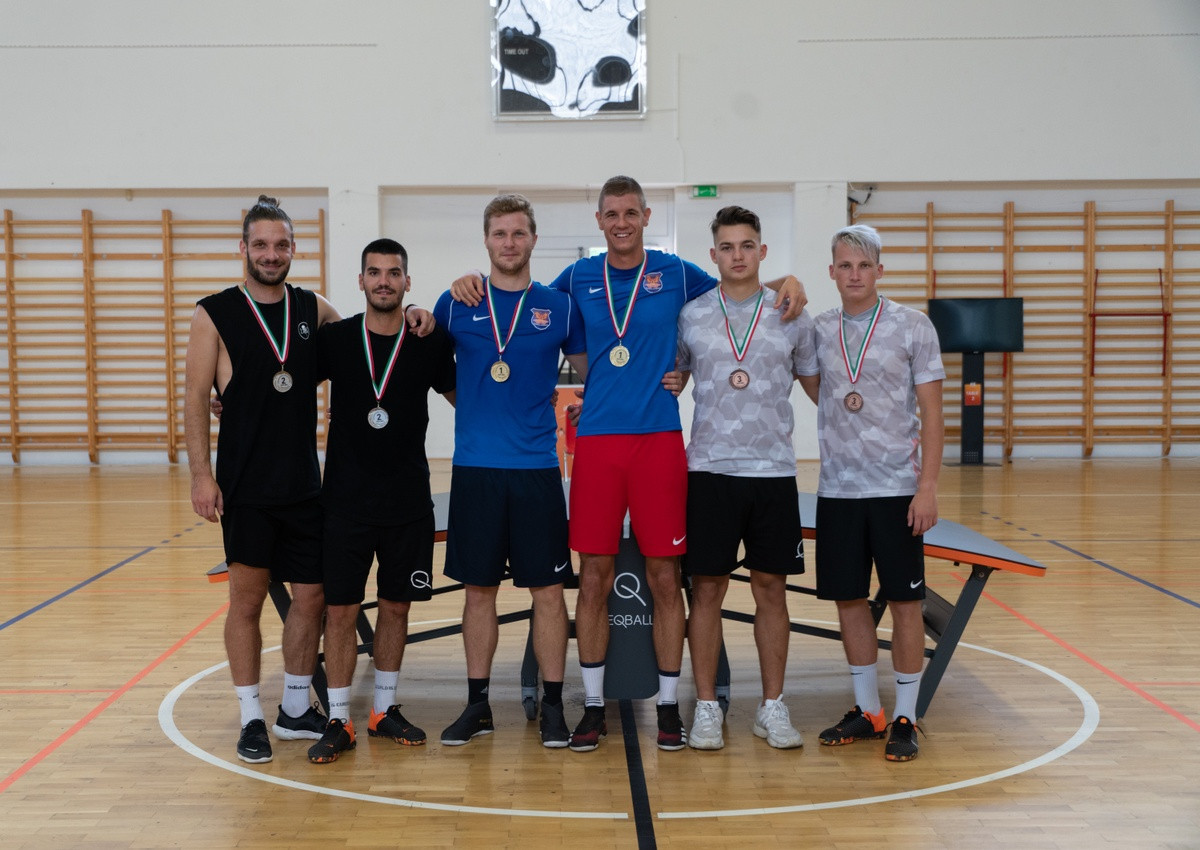 The Hungarian impressed in his home country and the birthplace of teqball, earning gold medals in the singles, doubles and mixed doubles categories.

Blázsovics and Bányik then teamed up for the doubles tournament, establishing their dominance of the field by not winning every single set.

They finished with an impressive 2-0 victory over silver medallists Bakó and Soma Fördős.

Bakó was again the runner-up in the mixed doubles, narrowly losing 2-1 with teammate Lea Vasas against Blázsovics and Gabriella Kota.

Árpád Sipos and Anna Izsák were the bronze medallists.

"All three categories were of a high standard," said Blázsovics.

"In singles, the final against Csaba Bányik was difficult because he knows all my moves from our training together.

"We were especially prepared for a doubles tournament because we knew that skilful and stronger players were waiting for us.

"The mixed category came as the biggest surprise to us.

"The final was a tough game because of Lea’s smashes, and Adam’s unpredictable play, but we managed to win the game, so I am very happy.

"In summary, I achieved the goal I dreamed of and I am especially happy for the mixed doubles victory."

Blázsovics is the singles and doubles world champion, having triumphed in both events in Hungary last year.

Organised by the Phoenix Teqball Club in Mogyoród, the National Challenger Series is set to be a blueprint for event organisers in other countries as they aim to hold events during the coronavirus pandemic.