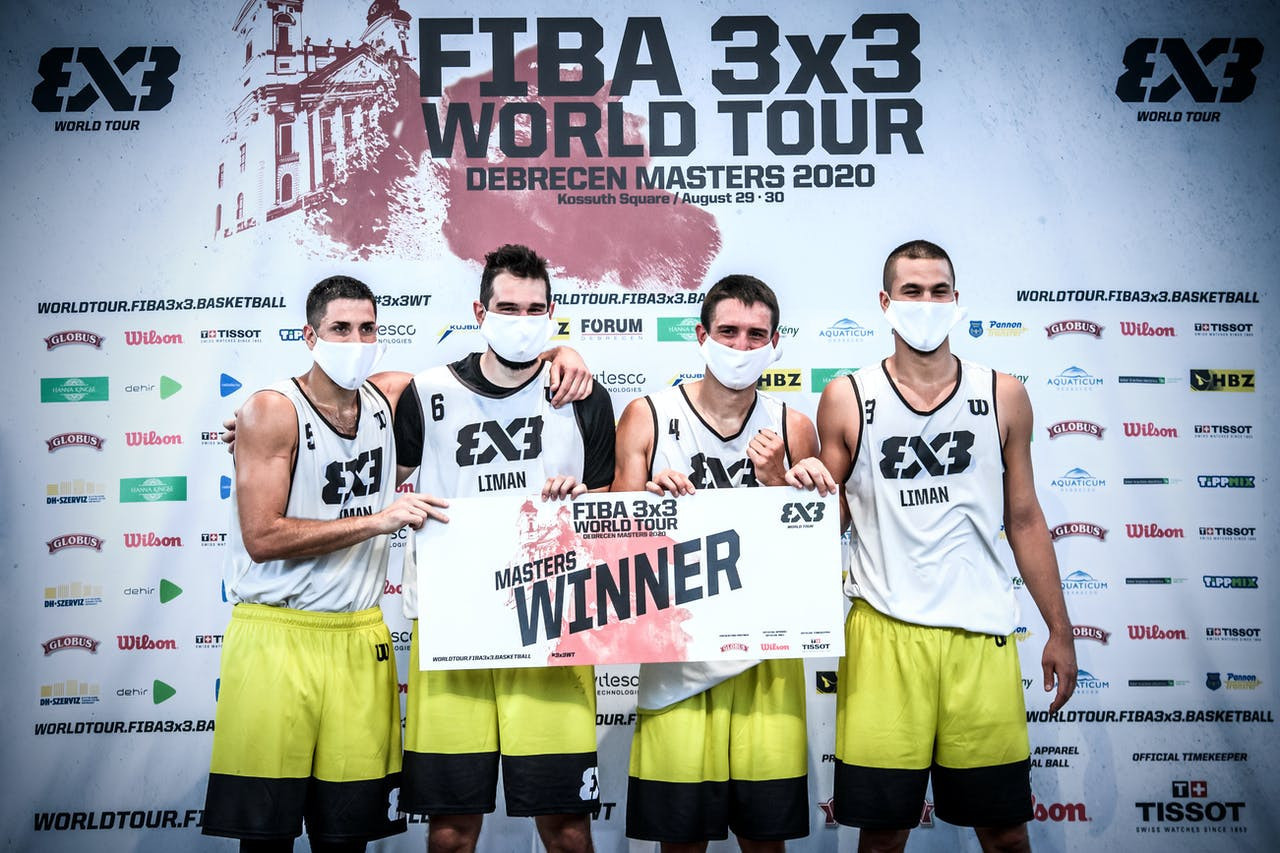 Serbian team Liman have won the first International Basketball Federation (FIBA) 3x3 World Tour event back since the suspension of play was lifted after a victory over Lithuanian side Utena in the final.

Competing in Debrecen in Hungary, the quarter-finals, semi-finals and finals were all played on day two of the event, which became the first to take place since the sport's return.

FIBA suspended activity in March due to the COVID-19 pandemic, signalling that the 2020 season would be shortened due to safety concerns and travel restrictions.

Liman headed into the second day as favourites after making it through their pool with two wins from two and started the day with a thrashing of Slovenian outfit Piran by a score of 21-9.

Their national rivals, Novi Sad, recovered from a poor day one to overcome American side NY Harlem, winning easily 21-12 to make the semi-finals as well.

✨ The cinderella story continues as @BCjuvenus will join Liman in the Final Game of this #3x3WT Debrecen Masters 2020 🇭🇺🔥 pic.twitter.com/xPmabS8iRz

Amsterdam had upset Novi Sad in the pool, but found themselves on the wrong side of a shock defeat when Utena won 18-16 to set up a tie with Riga after the Latvian club won 21-18 against Austrian team Graz in the other quarter-final.

In an all-Serbian affair, Liman were convincing winners against their arch rivals triumphing 21-15 win to reach the final, while Utena continued their stellar Sunday - beating Riga 21-18 on their way to the final.

However, the Cinderella story would end for the Lithuanians with the firm favourites coming out on top in a hard-fought contest by a score of 21-17, after Liman pulled away in the latter stages of the game having been kept honest by Utena for the majority of the match.