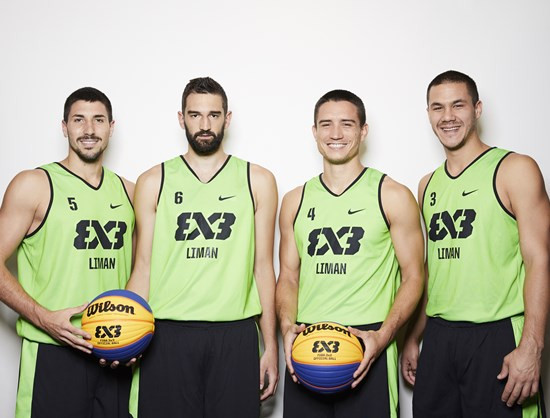 The line-up for the quarter-finals for the International Basketball Federation (FIBA) 3x3 World Tour in Debrecen in Hungary has been finalised following the pool matches today with favourites Liman making it through unscathed.

In their opening match, the Serbian side were given a tough game against Austrian outfit Graz in a 21-20 victory and would then defeat Czech Republic's Humpolec 21-11 to top Pool A.

In the next round, they will play Slovenian team Piran who completed a tight win against Estonia's Tallinn by a score of 16-14 to set up the match between the clubs.

Latvia's Riga would humble both Tallinn and Piran in Pool C by scores of 20-9 and 21-15 and will now play Graz in the next round after they defeated Humpolec 18-15.

Novi Sad lost to the Dutch team for the first time and after finishing second, will now face the in-form American team of NY Harlem who won Pool D.

NY Harlem faced the two Lithuanian sides in their pool, winning both matches against Utena and Šakiai by a score of 21-17 each.

In an all-Lithuania tie-breaker, Utena won the deciding match 20-18 to set up a clash against Amsterdam in the last quarter-final.

Tomorrow, the quarter-finals, semi-finals and final will all take place to conclude the competition, with Liman and Novi Sad potentially meeting each other earlier than expected in the final four.