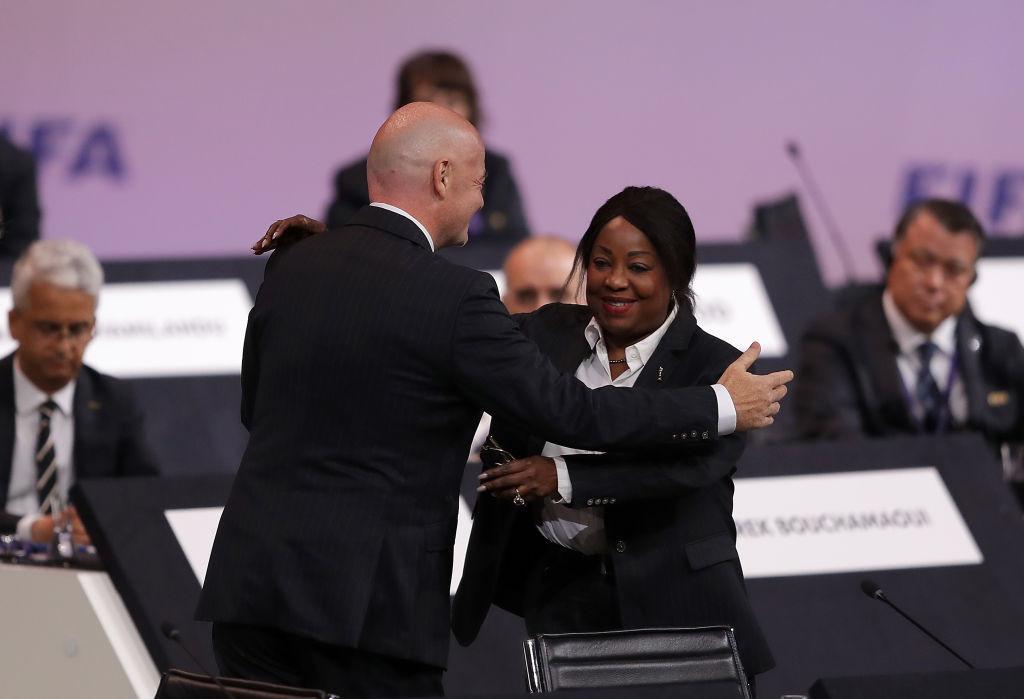 FIFA secretary general Fatma Samoura has claimed Member Associations are "strongly united" behind President Gianni Infantino, despite criminal proceedings being opened against him, and that the case in Switzerland was not considered a big issue among them.

Samoura said there were "almost no questions" about the investigation into Infantino's meetings with Swiss Attorney General Michael Lauber during recent virtual discussions with FIFA's members.

Infantino, who denies wrongdoing, spoke to the heads of 180 Member Associations during the meetings, and Samoura claimed they had expressed "total and unconditional support" for the under-fire President.

"World football is strongly united behind the FIFA President," Samoura said in a statement.

"To hear all of them expressing total and unconditional support to the FIFA President is certainly heart-warming.

"There is clearly a strong feeling among FIFA member associations that under President Infantino, FIFA is by far a more transparent, accountable and especially better governed institution.

"The general opinion was that President Infantino will come out stronger from this difficult moment.

"Almost no question was asked about the investigation."

A special prosecutor has been appointed to investigate dealings between Infantino and Lauber, who also denies wrongdoing.

Lauber offered to resign last month after a Swiss court concluded he covered up meetings with Infantino and lied to supervisors while his office probed corruption surrounding FIFA.

Special prosecutor Stefan Keller had reportedly uncovered indications of criminal conduct related to the meetings, which occurred during Switzerland's long-running investigation into corruption at the worldwide body.

FIFA has insisted Infantino, elected President in 2016 before he was given a first full four-year term by acclamation in 2019, will not resign.