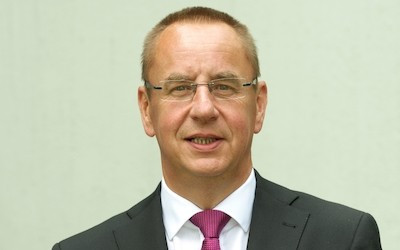 International Canoe Federation (ICF) vice-president Thomas Konietzko has announced he is set to run for President next year.

The 56-year-old is currently set to run for the top job unopposed, with the current ICF President, José Perurena, due to step down at the ICF Congress in Manila next year.

"José Perurena-Lopez will not run for the election of the President next year," said Konietzko.

"As a result, many friends from other International Federations actually approached me and encouraged me to apply.

"I will aim to further develop canoeing in Asia, America and Africa.

"Canoeing must become more present in this market.

"As President, I would also like to emphasise the excellent disciplines and opportunities we offer as canoeists.

Konietzko also revealed he would focus on increasing the marketability of the ICF.

"We have made a big step in the area of live streaming and television contracts," he said.

"But you always have to be very innovative in the media and keep your finger on the pulse."

Perurena, who has recovered after contracting COVID-19 in April, was due to leave the role this year.

His term was extended after the coronavirus pandemic forced the postponement of the ICF Congress to 2021, however.

The pandemic has caused constitutional issues for a number of governing bodies as elections and Congresses have been delayed, amid travel restrictions and other Government measures imposed to curb the spread of the virus.