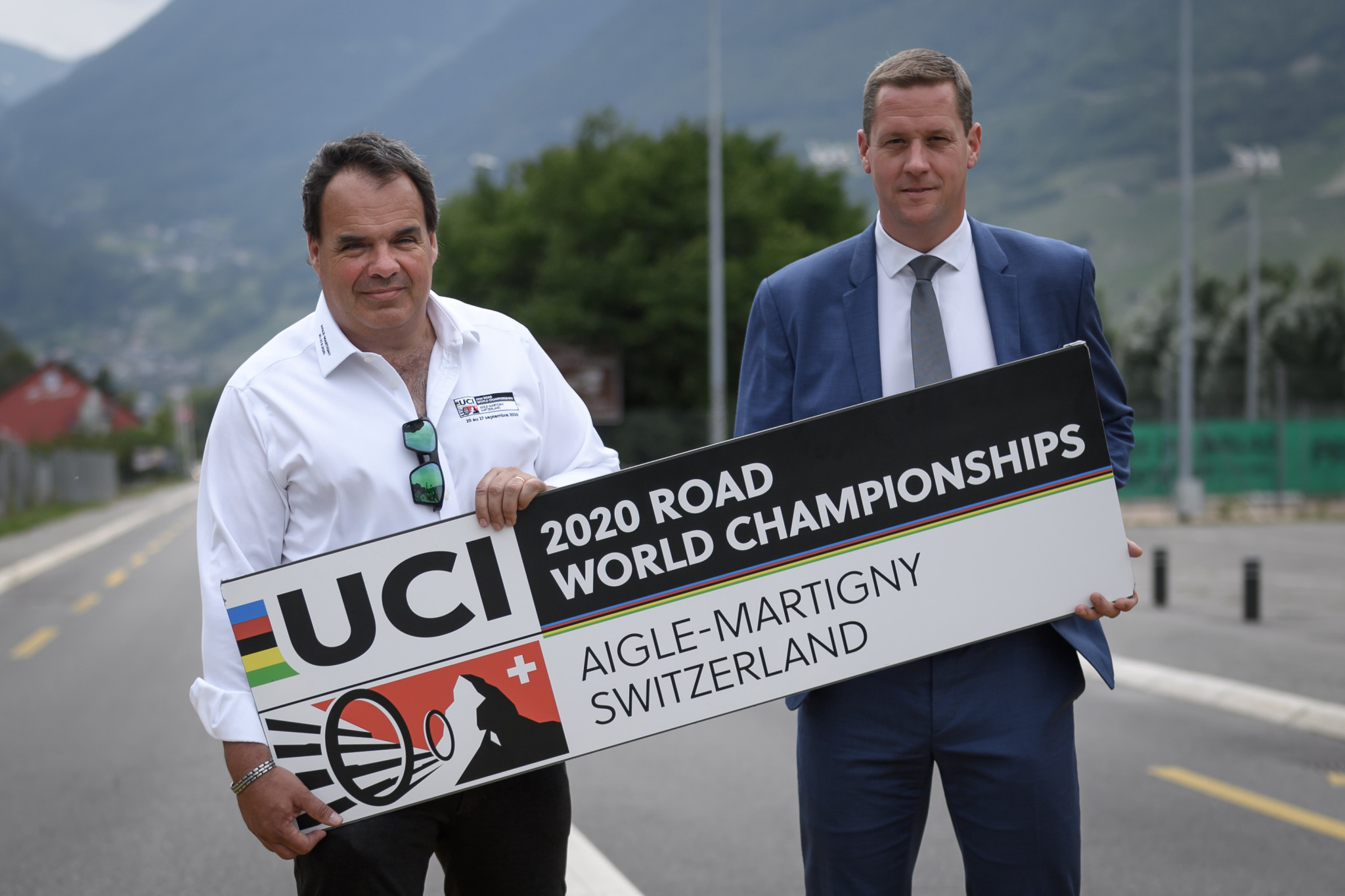 The International Cycling Union (UCI) are aiming to hold an "alternative project" after next month's Road World Championships in Aigle–Martigny were cancelled due to the Swiss Government's extension of a ban on events involving more than 1,000 people.

Competition was due to take place from September 20 to 27 near the UCI's headquarters in Aigle bu the Swiss ban has been extended until September 30.

Such a ban has been in place in the country since February in an attempt to contain the spread of coronavirus.

Visitors from more than 45 countries are now also subject to a period of quarantine upon entering Switzerland, meaning many athletes would not be able to compete in the event.

"We are sad and disappointed," said a statement from the Organising Committee co-Presidents Grégory Devaud and Alexandre Debons.

"We have worked hard for more than two years to deliver a magnificent event on an extraordinary circuit.

"In spite of the constraints due to the COVID-19 pandemic, we continued to work with passion to organise the UCI Road World Championships, which would have been remembered for their sporting value but also for the beauty of our cantons and the richness of our culture and region.

"We realise that the national and world health situation requires precautionary measures and our thoughts are with all those affected by this virus."

Despite the proximity to the event, the UCI has revealed it is working towards finding an "alternative project" for the 2020 event.

Priority will be given to a location in Europe and the governing body will aim to hold the competition on the same dates.

A final decision will be announced on September 1.

In another blow to cycling, the Vuelta a España is now due to conclude the 2020 UCI WorldTour season after a race in China was called off.

Organisers of the Gree-Tour of Guangxi made a request to the UCI to cancel the stage race which was due to bring the circuit to a close between November 5 and 10.

It follows a decision by the Chinese Government to cancel all sporting events in the remainder of 2020, with the exception of Beijing 2022 Winter Olympic test events, as part of the defence measures against the COVID-19 pandemic.

The news means the Vuelta, one of the three Grand Tours alongside the Tour de France and the Giro D'Italia, will end the men's season if it runs as planned in Spain from October 20 to November 8.

Originally scheduled for between August 14 and September 6, the re-arranged Vuelta is part of a re-jigged calendar revealed by the UCI after COVID-19 forced a spate of postponements.

China's ban on events has also had repercussions for the UCI Women's WorldTour, with two events now removed from the calendar.

The first is the Tour of Chongming Island, which was planned for between October 23 and 25.

The women's version of the Tour of Guangxi, which was due to take place on a single day on November 10 as the end-of-season event, has also been axed.

This means the Ceratizit Madrid Challenge by la Vuelta is now set to conclude the Women's WorldTour campaign, between November 6 and 8.

"The UCI is sorry that the 2020 UCI international road calendar will not include these races, which play an important role in the development of road cycling not only in China but more widely in Asia," the UCI said.

"Moreover, it wishes to thank the organisers concerned for their cooperation in this difficult situation and looks forward to the staging of their events in 2021."