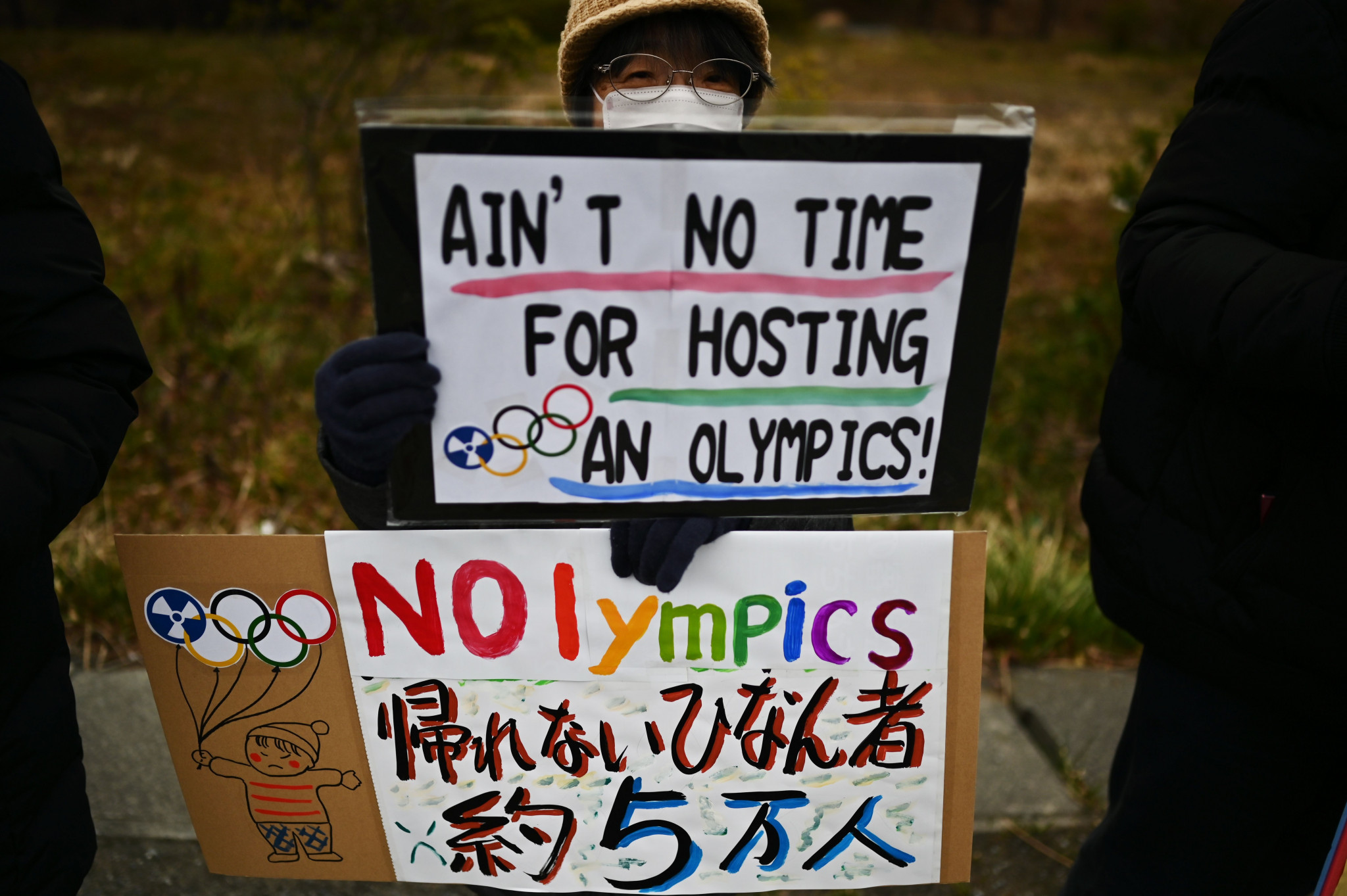 Anti-Olympic artists have showcased their work in a gallery near the new Tokyo 2020 Olympic Stadium, in protest at the city's hosting of the Games.

Some of the pieces included photographs of the disaster-struck Fukushima in the wake of the nuclear disaster in 2011, suggesting that the Japanese Government has ignored the needs of citizens and chosen to focus on the Olympics instead.

The one-week exhibition was held by a group of 20 artists at Toki Art Space near the new National Stadium, and led by organiser, Kai Koyama.

He said many people believe its "impossible" to hold the Games, even after their delay to next year because of the COVID-19 pandemic.

Another protester, Munemitsu Shimamura, is calling for the cancellation of Tokyo 2020 as he believes the legacy of the event will have a negative impact on the local environment.

He has cited the impact the Tokyo 1964 Olympics allegedly had on Shibuya Ward in the Japanese capital, where he was born and raised.

"I started drawing sketches around here after the construction plan for the new stadium first came to light," Shimamura said to Kyodo News, showing several drawings of the area around the stadium.

Many households were evicted from buildings earmarked to be part of the Olympic development and homeless people who resided in Meiji Park were expelled as part of redevelopment work, according to the group.

Speaking of his exhibition, Koyama added: "I am sure that not only us, but more and more people also doubt we can hold the Tokyo Olympics now.

"The Government should give top priority to fighting COVID-19 and preventing the loss of human life.

"We will continue calling for an end to the Olympics."

More than 80 per cent of volunteers who responded to a Tokyo 2020 survey stated they were worried about whether the virus could be contained while a Kyodo News poll in July showed that around 70 per cent of respondents thought the Games should either be postponed again or cancelled.