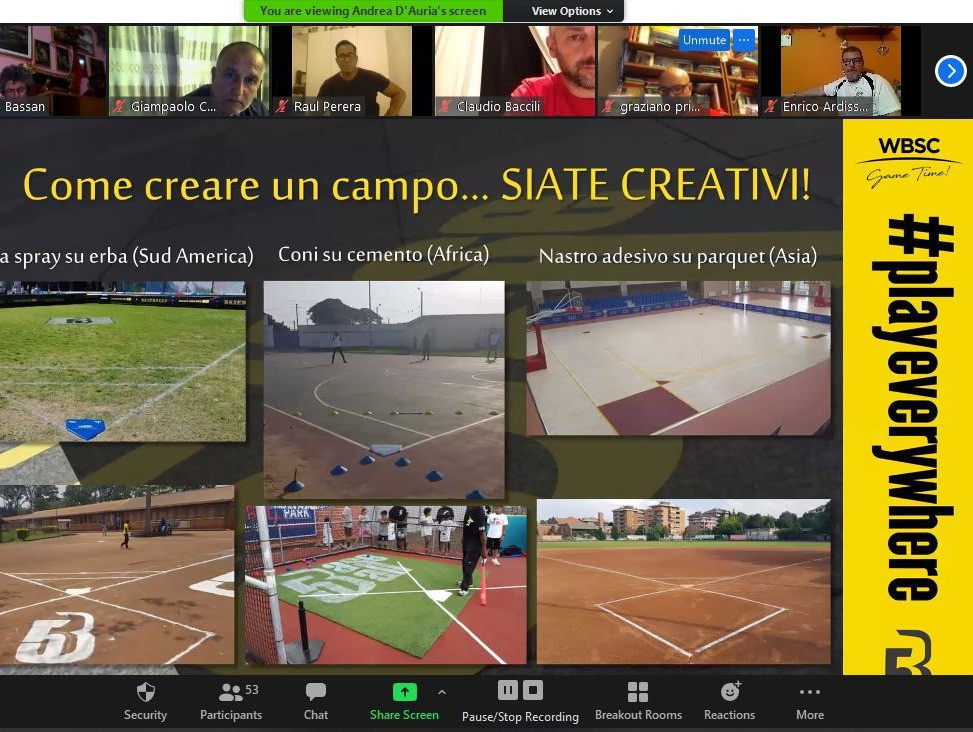 It follows a webinar course which was held under the tutelage of WBSC instructor Andrea D'Auria.

Divided into four parts, the course first covered a general introduction and an overview of the Baseball5 rulebook.

In the second module, D'Auria spoke on the role of a Baseball5 game official while the third part was about preparations for a game and the line-up card.

The fourth and final part covered game strategies and the differences between Baseball5 and traditional baseball and softball.

All 54 of the instructors were selected to take part by the Italian Baseball Softball Federation.

They are now due to be sent around Italy to promote Baseball5, the urban discipline being championed by the WBSC.

Only a rubber ball is needed for the street sport, which is said to bring baseball to previously inaccessible areas.

Any playing surface can be utilised and no pitcher is needed, with hitting done by hand.

Five-inning games are played with five active players per team.

In January, Baseball5 was added to the programme for the 2022 Summer Youth Olympic Games in Dakar, but the event in Senegal has been pushed back to 2026 amid the coronavirus crisis.

The first World Cups in the sport are also due to be held.