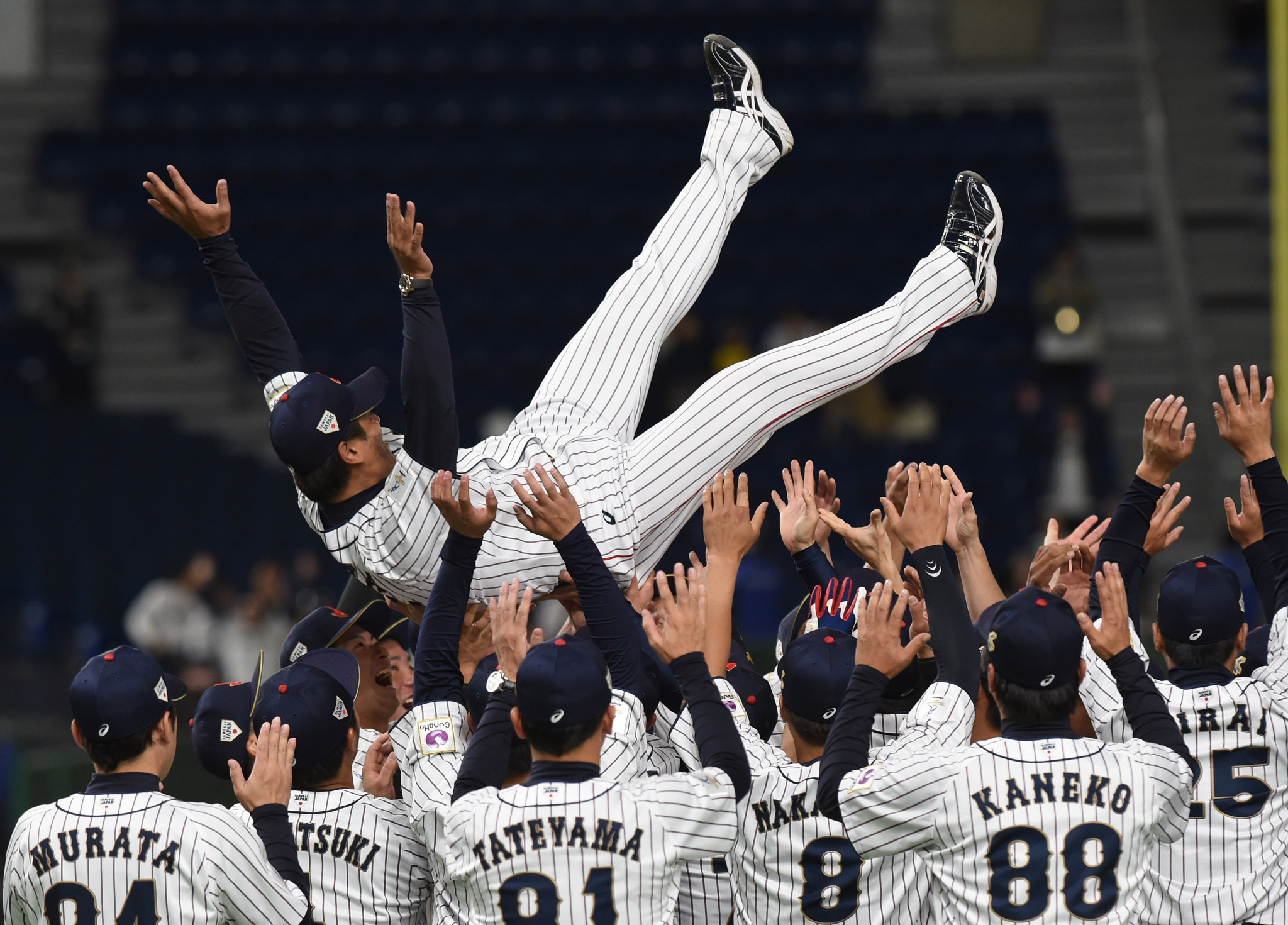 The manager of Japan's men's baseball team has had his contract extended to cover the postponed Tokyo 2020 Olympics.

Atsunori Inaba has managed the national team since 2017, taking the job after the World Baseball Classic, and his contract was initially designed to expire after the Games.

Tokyo 2020 was pushed back until 2021 earlier this year in response to the coronavirus pandemic.

"Ever since I took the job, I’ve said that we’d aim to get payback for our Olympic disappointment at the Olympics and those thoughts haven’t changed," Inaba said, as reported by the Japan Times.

"We’ll continue to put forward our best effort toward the gold medal we are aiming for."

Silver at Atlanta 1996 is Japan's best result, while the nation also won bronze medals at Barcelona 1992 and Athens 2004.

Baseball and softball are due to feature on the Olympic programme for the first time since 2008 next summer.

Seiya Suzuki won the competition's Most Valuable Player award, boasting the best batting average, most runs scored and most runs batted in, and Inaba expects his Olympic squad to be similar to the one that won the WBSC event last year.

"Basically, I’ll stick with the idea of forming our team around the one that played in the Premier12," he explained.

"But at the same time, with the Games having been pushed by a year, I think we might need to think flexibly."

As a player, Inaba won the 2019 World Baseball Classic.

At Tokyo 2020, baseball will be played in Fukushima and Yokohama, set to begin on July 28 and reach its climax on August 7 - the penultimate day of the Games which is set to include 34 event finals.