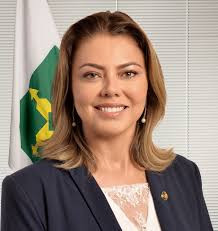 The Brazilian Senator announced the positive test on her social media, having suffered from fever and body aches.

"I have faith that soon I will recover," she said.

"I pray that everyone who fights against this disease will have strength at this moment."

Barros played in the Brazilian team that finished third at the Atlanta 1996 and Sydney 2000 Olympic Games.

During her career, she also earned four gold medals at the Volleyball World Grand Prix and was named most valuable player in 1996 and 1998.

Brazil is the second heaviest hit country by the coronavirus pandemic in the world.

The country has reported more than 1.8 million cases of coronavirus, resulting in at least 72,100 deaths.