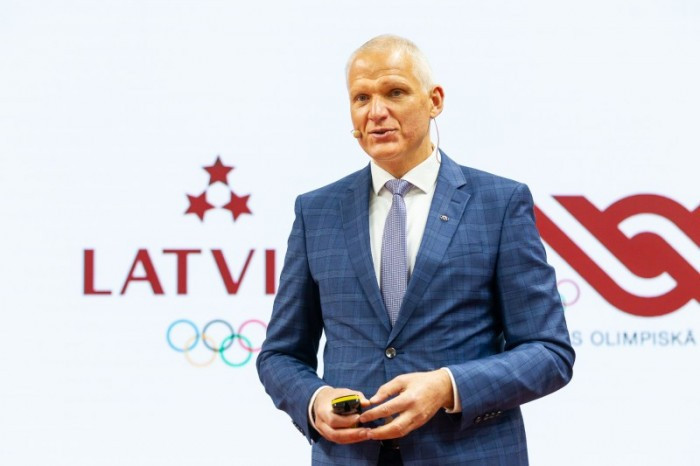 Žoržs Tikmers has been elected as the new President of the Latvian Olympic Committee (LOK).

The long-serving official takes the top job after serving as the organisation's secretary general since 2012.

He was also vice-president between 1992 and 2012, and received 84 votes in his winning effort at the LOK's virtual General Assembly.

Tikmers is replacing Aldons Vrubļevskis, who announced in February that he would not be running for a fifth term in office.

He is a former rower who won a silver medal for the Soviet Union in the coxed four at the Moscow 1980 Olympics.

Vrubļevskis had served as LOK President since 2004 and before that, from 1988 to 2004, he held the role of secretary general.

He said his decision to step aside was for "personal and systematic reasons".

However, he will continue to be part of the LOK as executive director of the Olympians' Social Fund.

Karlis Lejnieks has been chosen as LOK secretary general, and takes over from Tikmers.

The European Olympic Committees (EOC) paid tribute to Vrubļevskis, who has been a member of the EOC Audit Committee since 2014.

"Your contribution to the Olympic Movement and commitment to the EOC have been priceless and I cannot thank you enough," said EOC secretary general Raffaele Pagnozzi.

Latvia has won four Olympic gold medals in its history – three at the Summer Games and one at the Winter Games.