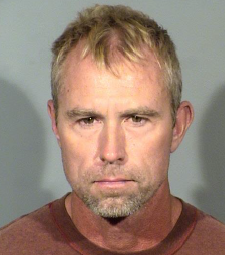 Former USA Gymnastics coach Terry Gray has been arrested for alleged multiple counts of lewdness with a minor in Las Vegas.

"In 2019, Gray was suspended from coaching by USA Gymnastics.

"Anyone who may have been a victim of Gray or has information about his crimes is urged to contact the sexual assault section at 702-828-3421."

According to the Orange County Register, Gray has been charged with 14 accounts of lewdness with a child under the age of 14.

Gray was suspended by the US Center for SafeSport for two years in October, with the decision related to sexual misconduct with a minor.

Gray had reportedly being coaching female gymnasts at SCEGA Gymnastics in Temecula during the period he was being investigated.

Perry was asked why Gray was allowed to keep coaching gymnastics when he was provisionally suspended and under investigation for sexual misconduct.

The Orange County Register reported that Gray coached Morgan White and Alyssa Beckerman, who were members of the United States Olympic team for Sydney 2000.

The news is the latest scandal to hit USA Gymnastics which still has a tarnished image due to the heinous crimes of former team doctor Larry Nassar.