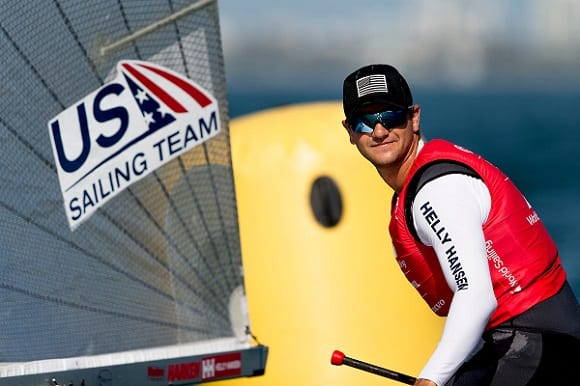 Luke Muller has been selected as the United States’ representative in the men’s Finn class for next year's Olympic Games in Tokyo.

US Sailing confirmed Muller’s position on the Olympic team following the conclusion of their athlete trials last month.

Muller was selected following his performances at the 2019 Finn World Championships and the Miami leg of the World Cup series, where he finished in 17th and third place, respectively.

"It feels incredible to know that I will have the honour of representing our country at the Olympic Games next summer," Muller, who will make his Olympic debut in Tokyo, said.

"It is very gratifying that all the hard work and sacrifice has resulted in this accomplishment.

"At the same time, I feel a profound responsibility to represent the US Sailing community as best I can.

"I continue to strive to be as prepared as possible and if I do my job it will be a great pleasure to race against the best in the world."

US Sailing praised Muller’s progress over the past six years, since he finished college at Stanford University and focused on the Finn class full-time.

Muller served as a training partner for Caleb Paine during 2016, with the American ultimately securing an Olympic bronze medal at Rio 2016.

Paine announced his decision to focus on the Americas Cup last month.

Luke Muller is headed to his first Olympics! 🎉 🙌 Help us cheer him on as he prepares to sail under the stars and stripes in the Tokyo! 🇺🇸👏 @TeamUSA #Tokyo2020https://t.co/L2HuVUUMvW pic.twitter.com/j4tMzl747n

"The news of Luke's Games selection is very exciting for our Finn programme," Luther Carpenter, the US Sailing head coach, said.

"During our summer training, we continue each day with the tasks at hand.

"The energy and commitment of our finn sailors is at an all-time high, and the results we are seeing and the confidence it inspires is extremely encouraging.

"Luke’s progress this summer in fitness, goal setting, and technique has surpassed the targets we set in May.

"Both Luke and Eric Anderson, his training partner, are putting in the real-deal Olympic effort.

"I'm proud to be their coach."

US Sailing added that Muller has recently resumed on water training, following an enforced break due to the coronavirus pandemic.

Muller reportedly focused on tactics, weather and conditioning during his time out of the boat.