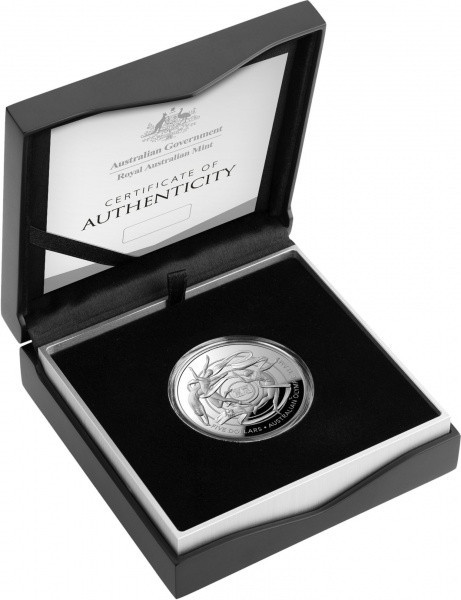 The Royal Australian Mint has released a new Olympic collector coin in recognition of the country's national team in Tokyo.

The Games were originally due to open on July 24 but have now been postponed for a year because of the coronavirus crisis.

The domed or convex-shaped silver proof coins are designed by Serbian-born Aleksandra Stokic, a senior coin sculptor and coin designer at the Royal Australian Mint since 2011.

The concept of the reverse design is to represent recognisable athletes in motion, according to Stokic.

The movements, she revealed, can be associated with many different sports such as gymnastics, diving, athletics, basketball and volleyball.

The ribbon that flows around the figures and enforces the movement could be a national flag, team flag, rhythmic gymnastics ribbon, finish line ribbon or just a symbol of passion, courage, and dedication that drives them towards the same goal.

Behind the figures are five concentric circles that represent the five Olympic circles and could reference a running track or cycling velodrome.

In the centre of the design is the inclusion of the Kanji characters for "Tokyo" in homage to the location of the Games and host country.

The obverse side includes the "Commonwealth" effigy of Queen Elizabeth II, who nominally remains as Australia's Head of State.

It was created by Jody Clark and was officially adopted for all Australian circulation coinage this year.

The coin’s denomination of AUD$5 is placed under the Queen’s likeness.

The coins are specially encapsulated to accommodate their concave-shape and are presented in a custom case accompanied by a certificate of authenticity.

The collection comprised two one-dollar commemorative coins and one 50-cent coin especially gold-plated for the occasion.

Featured on the reverse side of the AUD$1 coin is Australian volleyball player Taliqua Clancy, the Royal Australian Mint’s 2020 Olympic ambassador.

There is also a AUD$1 coin celebrating the Paralympic Games.

Featured on the reverse is Chris Bond, the Royal Australian Mint’s Paralympic ambassador and a member of the wheelchair rugby team that won gold medals at London 2012 and Rio 2016.

Below each coin is the national Olympic or Paralympic insignia for Australia consisting of the five Olympic rings or Paralympic agitos and the Australian crest.

The 50-cent coins are produced in cupro-nickel and are gold-plated to note the special occasion.

The reverse side depicts representations of the sports added to the Olympic programme for Tokyo 2020 - baseball and softball, karate, skateboarding, sport climbing and surfing.

For additional information about this latest coin click here.