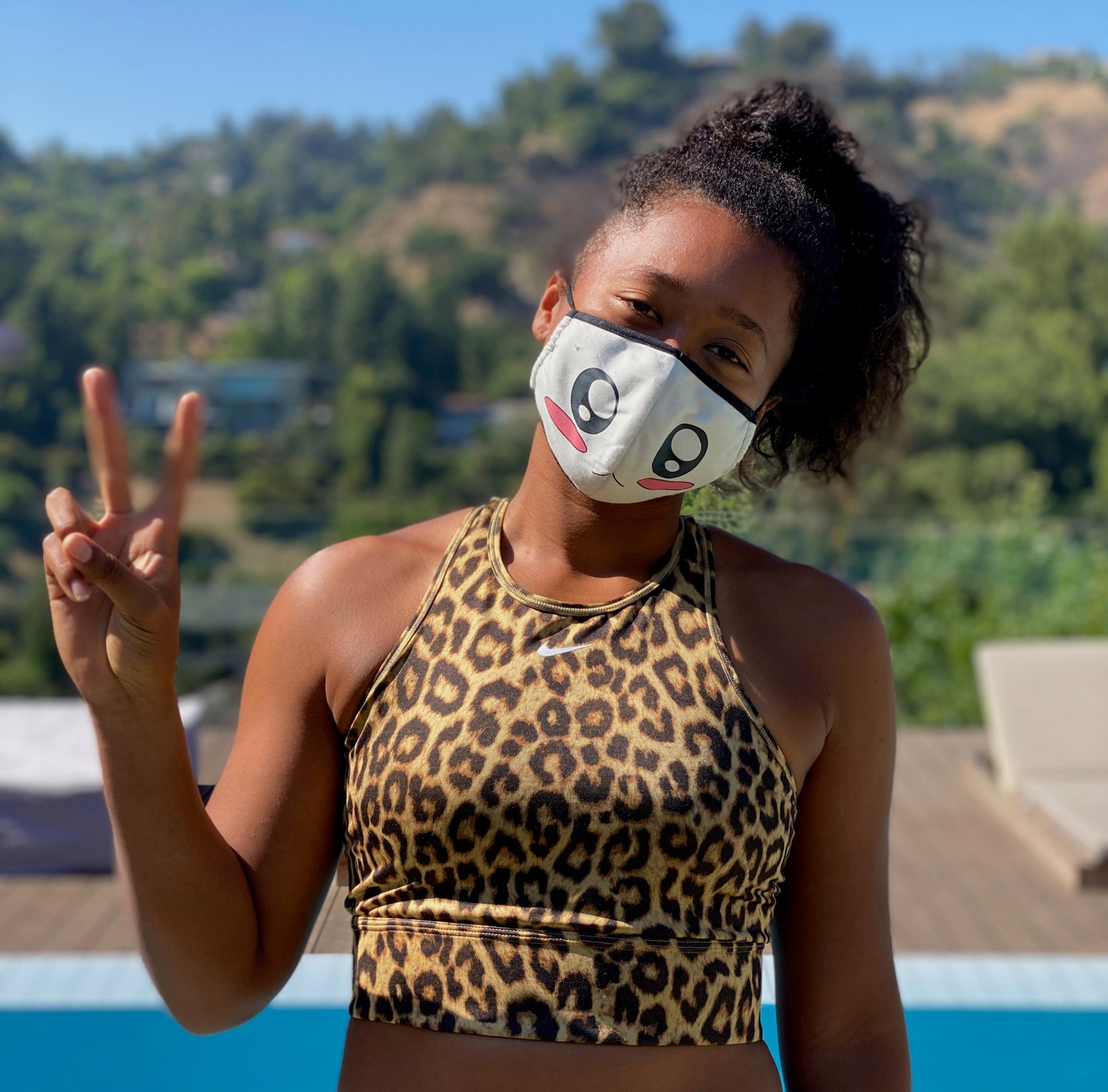 Two-time Grand Slam champion Naomi Osaka and her elder sister Mari have designed a limited edition face mask, which is being sold to benefit under-privileged youngsters in Japan.

In collaboration with UNICEF, the tennis players have designed and produced the mask that can be worn during the COVID-19 pandemic and is now available for purchase, with the proceeds benefitting programming that assists disadvantaged youth in their native Japan.

The idea has been so successful that the first batch of masks has sold out and she is currently working on getting some more.

"I was seeing everyone in the US wearing the same medical mask, and I remember in Japan even before this whole situation happened, everyone was wearing masks and they were quite fashionable," 22-year-old American-based Naomi, the world's former number one female player, told Vogue magazine in an exclusive interview announcing the project.

"So I wanted to release a mask that wasn't just for protection, but could also be used as a fashion statement."

Mari Osaka, who is ranked at 305 in the world, was enlisted to help on the project.

"The idea came from Naomi at the beginning, I just kind of helped her with the design," she told Vogue.

"I'm not sure why it's now becoming a political thing to not wear the mask – we should all be wearing them, and so it might as well be fashionable and cute."

The design of the mask, which features a pair of cartoon animal eyes, was inspired by the sisters' love for animated cartoons, as well as their heritage on their mother's Japanese side.

Hey everyone so the masks sold out 😱 I’m currently working on another launch geared towards international customers, (meaning everyone outside Japan), because I saw there was some confusion on how to order. Thanks guys, love you 🤗❤️ I’ll keep you updated. https://t.co/bXe9dyRg2l

"When me and Mari were younger, we used to have really long car rides to tournaments, and to pass the time, she would always draw.

"I just looked at her drawing and thought, 'Oh, that looks really fun,' so I started to copy her, which I guess is what I did in tennis as well.

"But that's what started everything.

"I feel like we're both really passionate about both tennis and fashion.

"With tennis, we train really hard for it, and even though we take fashion very seriously as well, for me it feels like a whole different aspect of life, and I think about it in a different way.

"It's relaxing not to have to go into fashion in such a super-serious way, and to feel really creative and free."

All proceeds from the sales of the limited edition masks, which retail for US$10 (£8/€9), are available by clicking here.