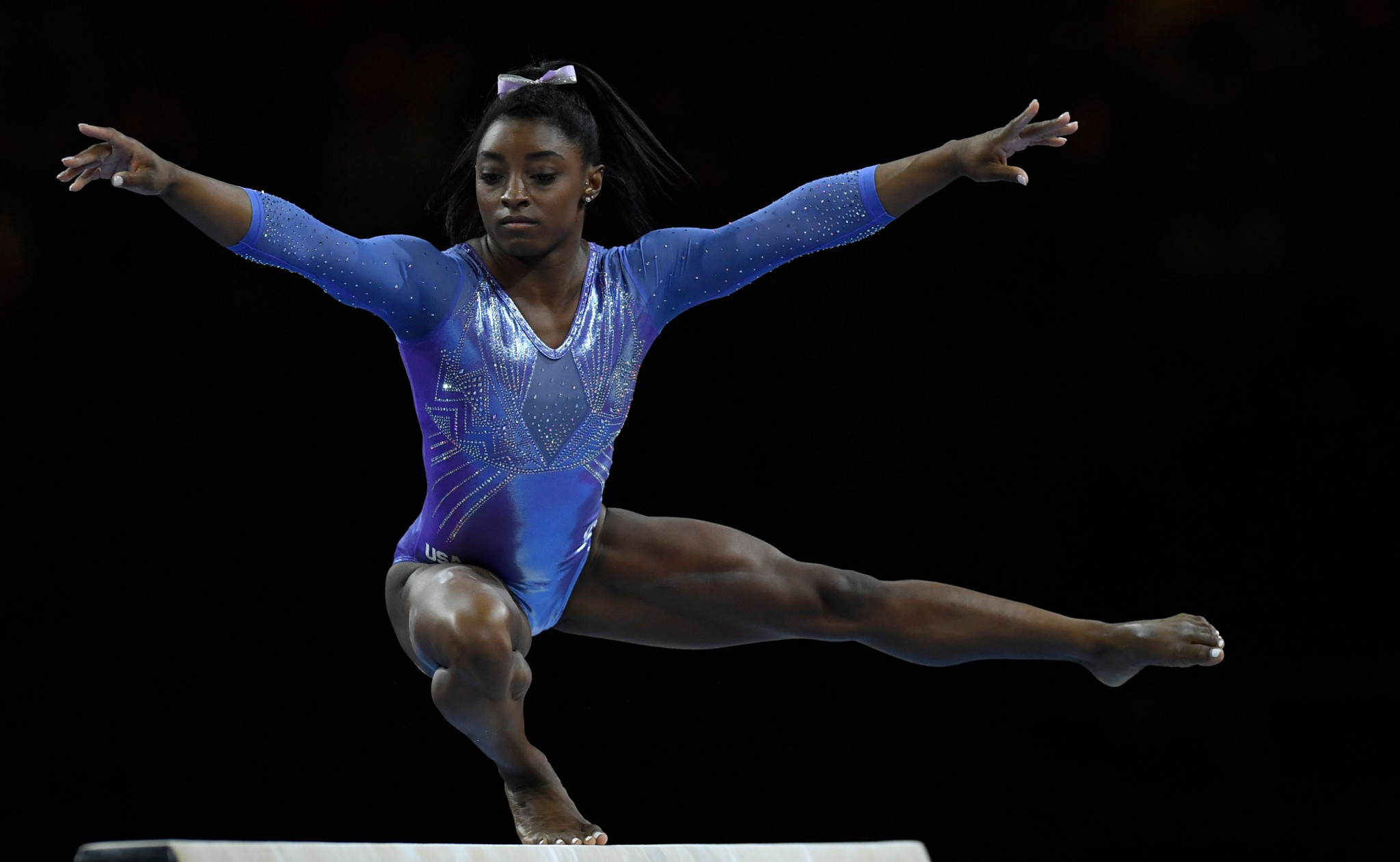 Four-time Olympic champion Simone Biles has discussed her experience of abuse at the hands of disgraced doctor Larry Nassar and revealed she was "broken" at the postponement of the Olympics in Tokyo as it meant staying with USA Gymnastics for another year.

The most decorated gymnast in American history spoke of her experiences in a wide-ranging interview with Vogue.

Biles said she realised she had been abused by Nassar after the coverage of former team-mate and fellow survivor Maggie Nichols.

Nichols was the focus of the recent "Athlete A" documentary on Netflix, which detailed the sexual abuse scandal.

The former team world champion had been the first to come forward to USA Gymnastics about the abuse in 2015.

"But I was reading Maggie’s coverage and it just hit me," Biles said.

Biles, who has earned 19 world titles during her career, described the time that followed as "dark".

"I was very depressed," she said.

"At one point I slept so much because, for me, it was the closest thing to death without harming myself.

"It was an escape from all of my thoughts, from the world, from what I was dealing with.

"It was a really dark time."

Athlete A alleges that USA Gymnastics ignored the sexual abuse by Nasser, despite athletes coming forward about the physician's misconduct.

The documentary suggests that the governing body were more interested in profit over the welfare of its gymnasts.

.@Simone_Biles stars on the cover of our August issue! With the 2020 Olympics postponed and a shadow hung over American gymnastics, Biles–who is widely regarded as the greatest gymnast of all time—has had to be resilient as never before. (1/5) https://t.co/fPoNKoDNwD pic.twitter.com/6y4RxtMYAf

Biles claimed this information meant she was "torn and broke" when the Olympics were postponed until 2021 due to the coronavirus pandemic, as it meant she would have to spend another year with USA Gymnastics.

"We were gripping at the bars, and I just started crying," she said.

"Another year of dealing with USA Gymnastics.

The 23-year-old has been a vocal critic of both the United States Olympic and Paralympic Committee (USOPC) and USA Gymnastics handling of the Nassar abuse scandal.

She is currently a plaintiff in the ongoing lawsuit against both organisations, filed by around 140 survivors of the doctor.

The US Department of Justice is also still investigating the Federal Bureau of Investigation’s handling of the allegations, with the law enforcement agency accused of a "lack of urgency".

He is also serving a 60-year jail term for a Federal child pornography conviction.