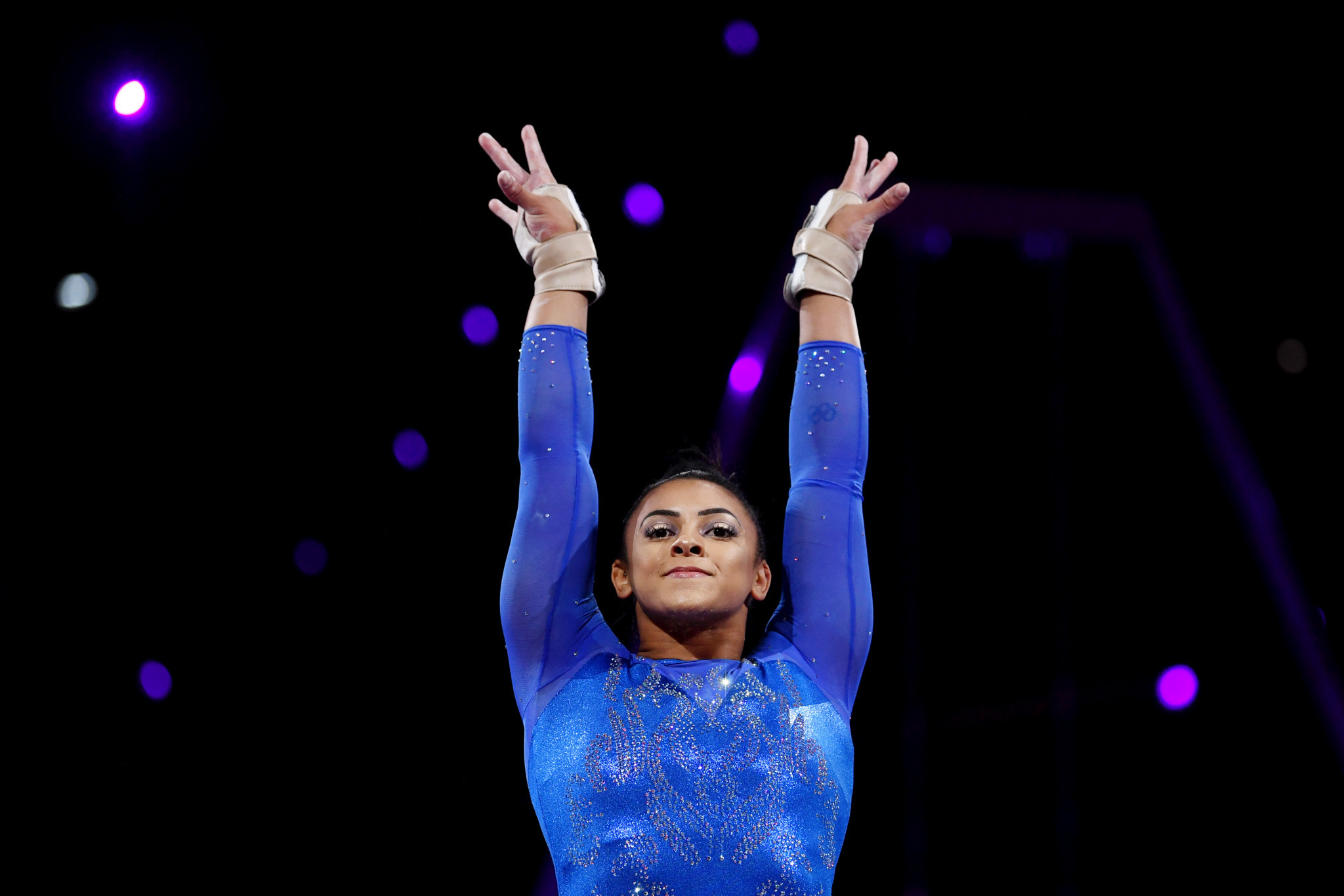 Gymnasts Becky and Ellie Downie have said abusive behaviour in gymnastics has been "ingrained" and "completely normalised", following British Gymnastics announcement it will carry out an independent review into allegations of abuse made within the sport.

Reports by ITV News and Sky News in recent days outlined allegations of abuse within British Gymnastics, including a teenager claiming that she was forced to practise until her hands bled at the age of 10, while another at the same age said she was hit by her coach and thrown into a cupboard.

In a joint statement posted on Twitter, the Downie sisters outlined their own experiences within the sport, with the World Championship medallists saying they "recognise the environment of fear and mental abuse."

"For too long, the health and well-being of young girls has been of secondary importance to a dated, cruel, and – we’d argue – often ineffective culture within women’s gymnastics training," the statement read.

"And what’s clear from speaking to many different gymnasts from all over the world, this is a gymnastics culture problem, as opposed to just a national one.

"We’ve also seen and experienced the dangerous consequences of over-training, which frequently was the norm, for fear of punishment or deselection."

Ellie Downie said that she had been made to feel "ashamed" of her weight for almost all of her career, with the 20-year-old saying she had been told to diet since the age of 14.

"This never-ending focus on my weight has left deep scars which will never be healed, I suspect," she said.

"After a deep emotional battle, I've finally found a place to be happy with my body outside of the gym, but I'll always feel overweight whenever I'm in a gymnastics setting.

"We've seen too many girls descend into eating disorders and mental health problems because of this, and while this is changing, there is still a culture of less is best."

Becky Downie wrote that she had attempted to speak up about an "unsafe approach" to her training in 2018, but was allegedly called "mentally weak."

She added that 12 days later at the European Championships her ankle broke down, which resulted in her being forced to have surgery.

Downie added that as a result of her situation in 2018 and speaking up, there had been a change for the better in her programme.

She said they were now able to communicate training related "thoughts and concerns", while adding that gymnasts were no longer routinely weighed.

"We're speaking out now, just a year before the peak of our sport, the Olympic Games, because we have a duty to the well-being of the young children coming into gymnastics, and their safety is more important than any Olympic medal," the joint statement read.

"We hope by speaking up today, we'll not only support those who have already done so, but also encourage others who may want to, but have so far felt unable to do so.

"We'll do everything in our power to see the sport showcase itself for what it should be: a place for boys and girls to have fun, be healthy and take it as far as they want to on their own terms."

British Gymnastics confirmed on Tuesday (July 7) that it would conduct an independent review into the allegations, led by lawyer Jane Mulcahy QC.

UK Sport has said it will carry out its own investigation and has also asked other potential victims to come forward to share their concerns.

The recent allegations have been raised in light of the Netflix documentary, "Athlete A", which details the abuse scandal in USA Gymnastics involving disgraced former team doctor Larry Nassar and an alleged cover-up by the governing body.

The British Athletes Commission has said it has written to British Gymnastics and UK Sport to stress the need for athletes to be able to trust the "integrity of the process."

"The BAC acknowledges the announcement that an independent review has been commissioned by British Gymnastics into the allegations of mistreatment of athletes," a BAC statement read.

"We have since written to British Gymnastics and UK Sport to reiterate the need for a comprehensive, fair, and truly independent process.

"Athletes must trust the integrity of the process and feel confident that they can provide further evidence without fear of retribution.

"To provide athletes with the necessary reassurance we have requested that we provide input into any terms of reference as a matter of urgency.

"In the meantime, the BAC has written to all of its membership within British Gymnastics and will continue to provide independent, confidential support and advice to those who have contacted us as a result.

"We would encourage other athletes to reach out to the BAC if they have any concerns around this matter."