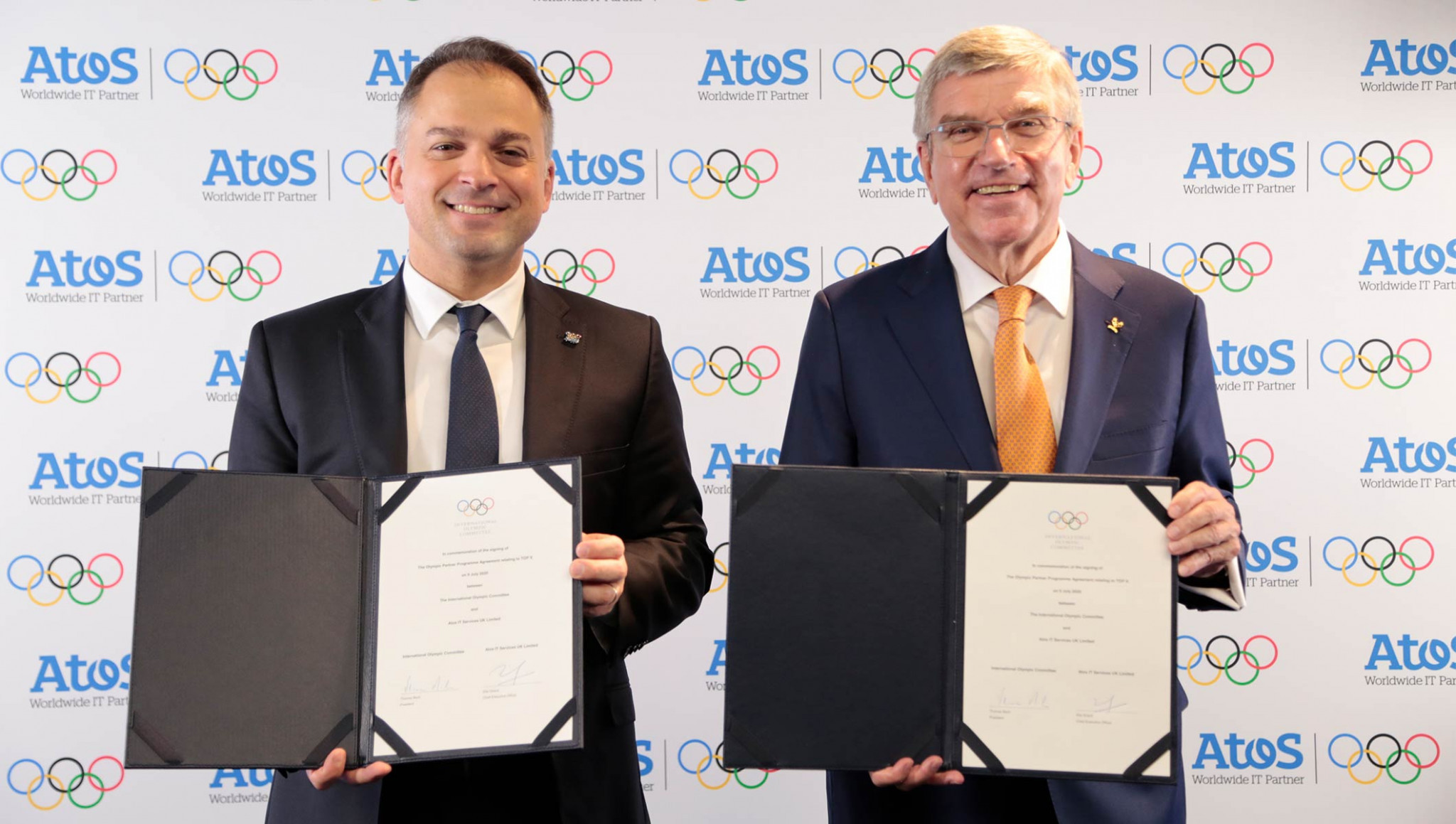 The International Olympic Committee (IOC) has extended its deal with information technology giant Atos until 2024.

It means the extension of a partnership between the organisations which stretches back to 1989.

Atos last renewed its membership of the IOC's flagship The Olympic Partner (TOP) sponsorship programme in 2014, when the French-based firm penned a six-year deal.

The new agreement will cover IT infrastructure for the Beijing 2022 Winter Olympics and the 2024 Summer Games in Paris, where the Atos headquarters are located.

It is a significant announcement for the IOC amid the financial uncertainty caused by the COVID-19 pandemic, which has forced the postponement of this year's Tokyo 2020 Games to 2021.

"In these unprecedented times, the support and confidence of our worldwide partners is now more important than ever," said IOC President Thomas Bach.

We are delighted to announce an extension to 2024 of our Worldwide Olympic Partnership with @Atos, a global leader in digital transformation. #Olympics https://t.co/Qd1vkCmuKO pic.twitter.com/sDYYw4Snm8

"In line with Olympic Agenda 2020, the IOC's strategic roadmap for the future, we are pleased to continue working with Atos, our trusted guide in a period of great digital transformation, to provide the digital backbone and key digital platforms we rely on to run the Games.

"We are delighted to be able to keep counting on Atos to support the Olympic Movement and to help bring the Olympic values to billions of people across the globe."

Its headquarters are situated in Bezons, in the north-west of Paris.

Bach has been visiting the French capital and was yesterday received by President Emmanuel Macron.

The pair discussed Paris 2024 as well as the ongoing global health crisis.

"We are thrilled to further extend our already 30-year-strong journey with the IOC," said Atos chief executive Elie Girard.

"We will be pursuing our commitment to the empowerment of the Olympic Games through leading technology and innovation – fully connecting, securing and digitally enabling the Games to all stakeholders.

The extension to the deal also covers the International Paralympic Committee (IPC) after it was agreed in 2018 that top-tier Olympic sponsors would automatically back the IPC as well.

At the Pyeongchang 2018 Winter Olympics, the company used cloud technology at a Games for the first time, with this also due to be in place in Tokyo.

In May, the IOC said the cost to itself of the Tokyo 2020 postponement could be $650 million (£513 million/€573 million), and admitted that some worldwide backers might pay agreed sums later than originally anticipated.

However, 12 TOP sponsors are now committed through to Paris 2024.

"The long-term support of our global partners means the Olympic Movement is able to enjoy financial stability and operational support, which helps to overcome challenges, including the current unprecedented period.

"By redistributing 90 per cent of the revenues it generates, the IOC is able to support sport and athletes globally, all year round."