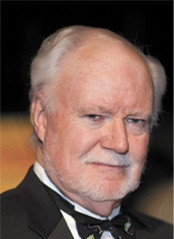 Moran passed away following a short illness at Penrose Hospital in Colorado Springs.

He was chief communications officer and spokesman of the USOPC - then called the United States Olympic Committee (USOC) - from 1978 to 2003 and received the organisation's highest honour, the General Douglas MacArthur Award, in 2002.

"On behalf of the USOPC and the Olympic and Paralympic community, I send our deepest condolences to the family and friends of Mike Moran," said Hirshland.

"Mike served both this organisation and Team USA athletes with integrity and passion, and his love for the Games, the great moments, the history and the people never waned.

"We wish comfort to all who are feeling the weight of this loss, and we join you in honouring Mike's life and legacy."

Moran was sports information director at the University of Colorado-Boulder from 1968 to 1978 before joining the USOC.

His time at the helm of the governing body included the Lake Placid 1980 and Salt Lake City 2002 Winter Olympic Games, and the Los Angeles 1984 Summer Olympic Games.

After leaving the USOC, Moran became a senior media consultant for the Colorado Springs Sports Corporation.

"He was 'The Library' when it came to what has happened in the history of the US Olympic Committee, and that knowledge will go with Mike."