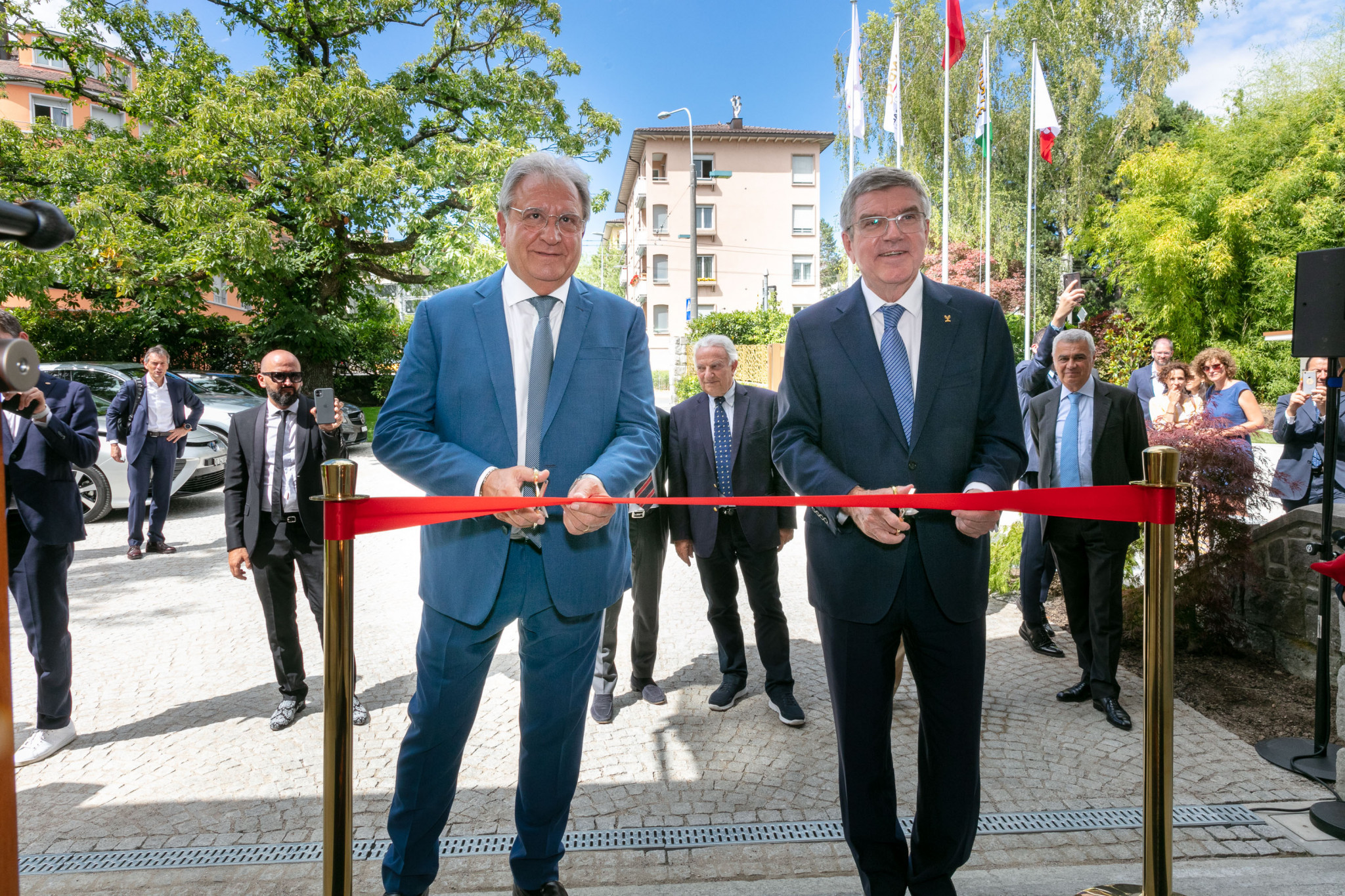 International Olympic Committee (IOC) President Thomas Bach was among those in attendance as the World Baseball Softball Confederation (WBSC) opened its new headquarters in Pully in Switzerland today.

Representatives from the Pully municipality and Canton of Vaud were also in attendance, although the ceremony was limited to 30 people due to Switzerland’s COVID-19 health and safety guidelines.

Guests were greeted on arrival by a welcome reception, before an official ribbon cutting ceremony and the unveiling of a plaque was carried out by Fraccari and Bach.

"I’m really impressed by the new headquarters of the WBSC," said Bach.

"I would like to congratulate you for all what you have achieved, not only for this building but with your sport."

The new headquarters, owned and operated by the WBSC, have been named "Home Plate".

It meets many of the world governing body’s sustainability goals, with 90 per cent of the building’s electricity coming from roof top solar panels.

Pully is one of the eastern suburbs of Lausanne, where many International Federations are based.

"With the opening of baseball and softball’s new and permanent global headquarters in Pully, our sport will be and always remain at the heart of the Olympic Movement," said Fraccari.

"Our sport’s top priority at the world level is to be featured permanently at the Olympic Games and grow with the Olympic family, and now we will be more focused than ever at achieving this, while our immediate target is to contribute to the great success of the Tokyo 2020 Games.

"Following many years in the Olympic programme and since our exclusion after Beijing 2008, we have worked tirelessly to rebuild our events and operations.

"Today, we are a unified, global sport with a worldwide fan and player base and a powerful commercial engine driving our continued growth.

"We count 211 national federations and millions of players – male and female - covering baseball and softball and international competitions for all age categories starting at under-12."

The WBSC was previously renting office space in the Maison du Sport International in Lausanne.

Another inauguration ceremony could be held for the wider WBSC family later in the year if COVID-19 health and safety measures allow.