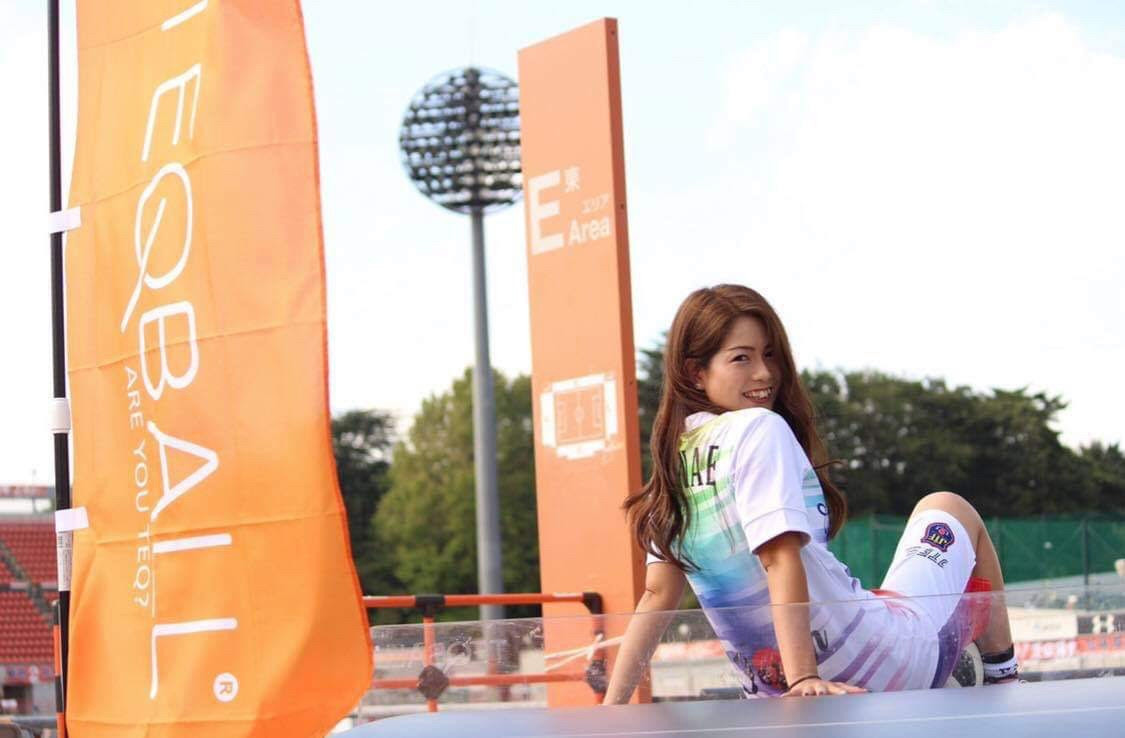 Japanese teqball rising star Sugawara Kanae is aiming to become world champion in the sport to encourage women across her home nation to participate in the future.

Kanae made history by becoming the first female player to compete at a Teqball World Championships in singles and doubles in 2017 and has competed in all three editions of the event to date.

Specialising in doubles, Kanae hopes that a women's category can improve the popularity of the sport and see a rise in participation for women.

"I participated in the first Teqball World Championships in 2017, and although I was the only female player in the competition, I reached the last 16 in the singles," Kanae, who has a background in futsal, said.

"I also got to the final eight stage in the doubles event.

"Teqball’s biggest attraction is that it is a sport that men and women of all ages can enjoy.

"It is a sport with gender equality, as well as the ability for players of all ages to compete.

"The youngest player at the 2019 Teqball World Championships was 10 years old and the oldest player was 50 years old."

A civil servant in her professional career, she is the Japanese representative for the sport and uses her position to show what women can succeed in the sport.

Kanae added: "The reason I decided to be the teqball representative from Japan is that I am not afraid to challenge women, as I believe that no matter how old you are, if there is something you want to do, you should challenge yourself to do it.

"I want to encourage other women - these strong feelings are behind my decision.

"Women often end up giving up what they want to do due to the responsibilities of marriage and childbirth.

"I challenged for the Japanese national team of teqball at the age of 27, which is not young as an athlete - there is an urge inside me to encourage women who see me fighting to live a life without regret, without being afraid of challenges.

"Of course, the goal is to achieve results at the World Championships - at the same time, I want to be a player who gives courage, energy and smiles to the women of the world.

"If there is a women’s singles category in the 2020 Teqball World Championships, then I want to stand on the podium, if there is women's doubles, I want to win."