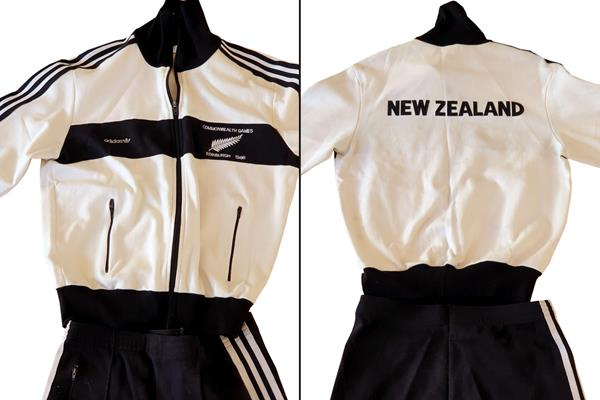 The suit will be showcased at the World Athletics Heritage Olympic Athletics Display at the Tokyo Olympic Games in 2021.

He had dominated the mile the previous year by running and winning eight races in under four minutes.

He competed in the 5000m in Edinburgh, where he placed fifth.

"Having seen the work being done to record and honour our sport’s history, I’m delighted to donate my warm-up suit to the Heritage Collection," Sir John said.

"Through its preservation and public display, I hope the suit helps to create interest in running for generations to come."

In addition to his Olympic title, Walker earned silver medals in the 1500m at the 1974 and 1982 Commonwealth Games, which took place in Christchurch and Brisbane respectively.

He also won bronze in the 800m in Christchurch.

Sir John was awarded the Olympic bronze order in 1996 and was appointed Knight Companion of the New Zealand Order of Merit in 2009.