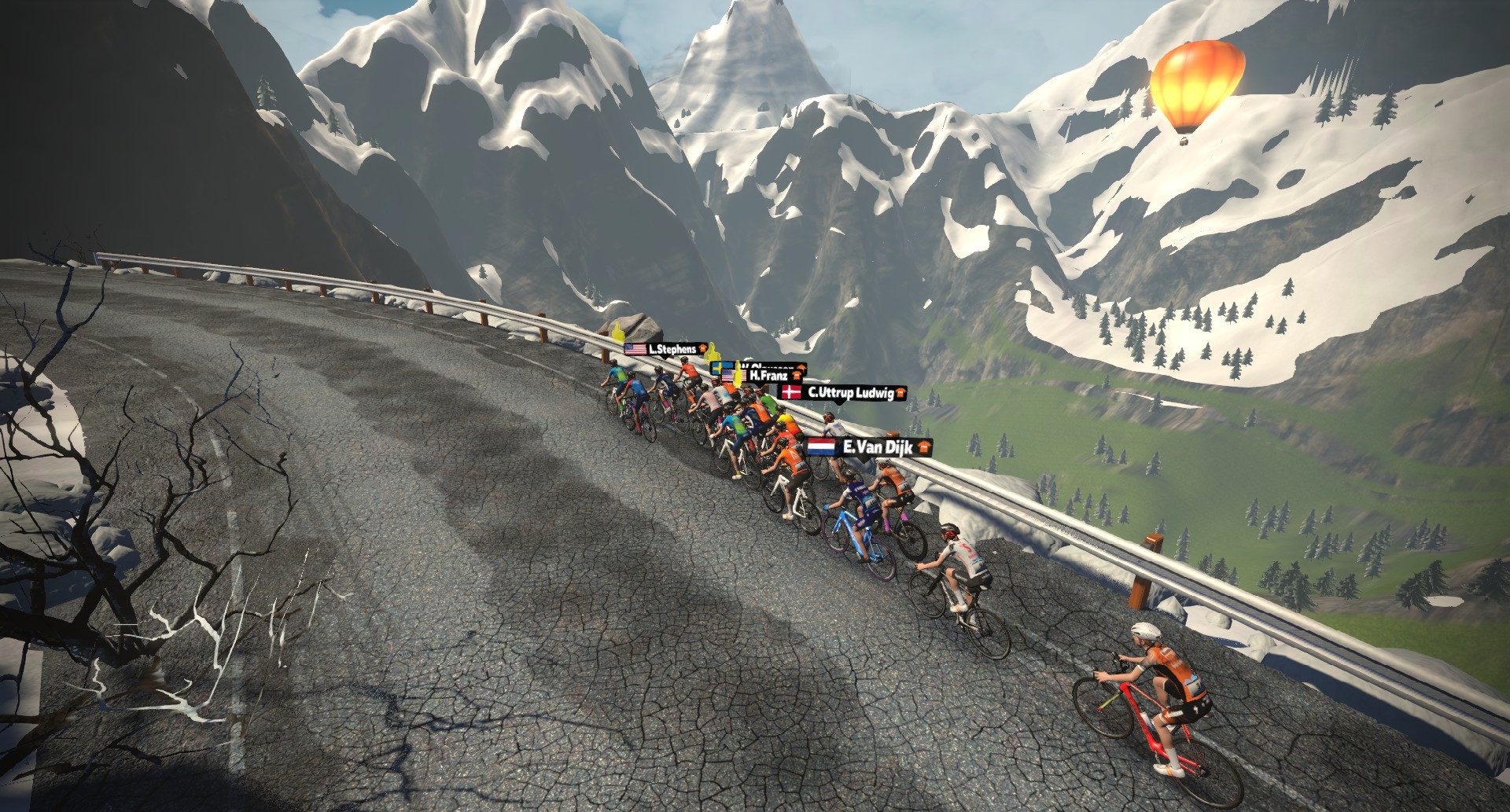 Riders have competed in the first two stages of the virtual Tour de France as organisers seek to raise money for charity during the coronavirus pandemic.

Two stages are being contested on the first three weekends of July, when the Tour de France was due to take place.

A total of 16 women’s squads and 23 men’s teams participated in the opening two stages of the virtual event, which is being hosted on Zwift.

Drops Cycling rider April Tacey won the opening stage of the women’s event after a sprint finish at the conclusion of a hilly circuit on Watopia.

She was followed by Kristen Faulkner and Chantal Van Den Broek-Blaak, who completed the podium places.

The men’s race saw an early split in the peloton, with the leading group ultimately competing for the stage victory in a sprint finish.

The second stage saw a first mountain climb of the virtual event, with the Radio Tower climb posing a 9.4 kilometre incline on an average gradient of 3.9 per cent.

Lauren Stephens emerged as the winner of the women’s stage, with Joss Lowden and Erica Magnaldi completing the top three.

Julien Bernard triumphed in the second stage of the men’s event in a photo finish.

He finished ahead of Freddy Ovett, son of Moscow 1980 Olympic 800m champion Steve, and Nicolas Edet.

The virtual Tour de France will continue on Saturday (July 11).

Teams are able to make changes to the line-ups to suit the course during each stage.

Organisers Zwift and Amaury Sport Organisation said the virtual Tour de France is aimed at being a "strong solidarity campaign around cycling", with the event organised in aid of five global charity partners.

The Tour de France was originally scheduled to start on June 27, but is now due to take place from August 29 to September 20.