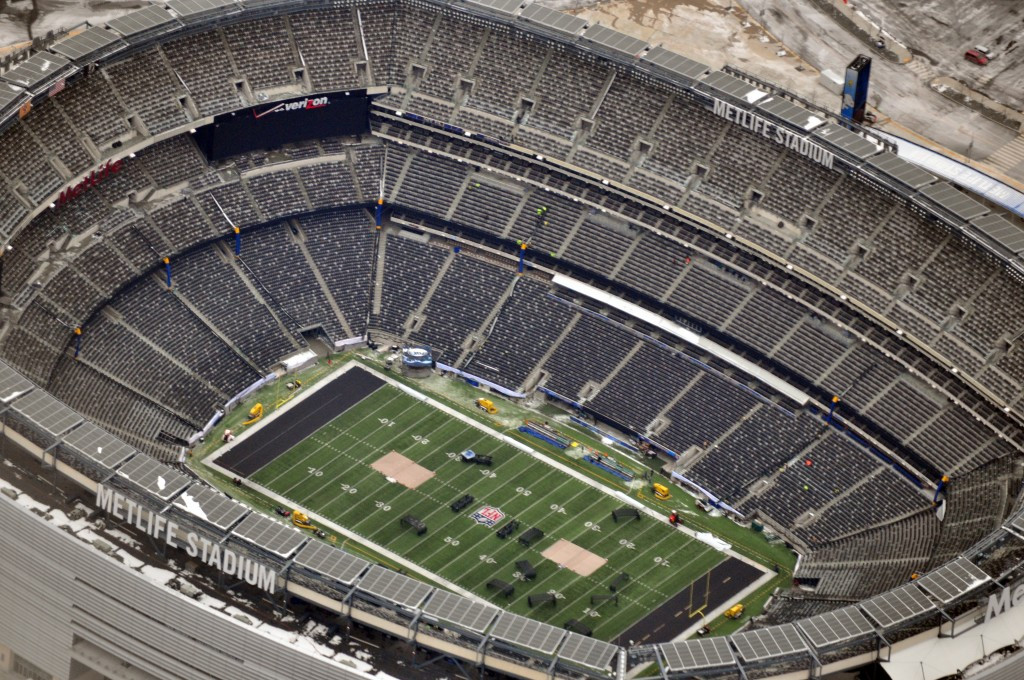 FIFA and US Soccer have stated that all 17 American cities vying to host matches for the 2026 World Cup will start on an equal basis ahead of its workshops with the shortlisted organisers.

During a virtual press conference, FIFA chief tournaments and events officer Colin Smith stressed that geography would not be a factor in determining which cities would be successful and also added that every candidate put a "strong bid forward".

"Nothing is set in stone in our point of view," Smith told insidethegames.

"We have to think of the locations of the stadiums within the cities, the time zones and the climatic conditions at different times in the day to determine when they can play matches.

"We look at the roads, the airports, hotels, sustainability, as well as questions like what events have they hosted in the past and what are they going to get out of it?"

Canada and Mexico will also co-host the tournament with both nations having three host cities.

In Mexico, the lead stadium will be the Estadio Azteca in Mexico City, famous for hosting two World Cup finals in 1970 and 1986, as well as the football tournament for the 1968 Summer Olympics in the city.

It is one of the largest stadiums in North America with a capacity of 87,523.

There will also be games at the Estadio BBVA in the northern city of Monterrey, close to the United States border and the Estadio Akron in Guadalajara.

Canada's biggest stadium will be Montreal's Olympic Stadium, used when the city hosted the Olympics in 1976 and has a capacity of 61,004, with an aim to expand to 73,000.

Edmonton's decision to focus on the World Cup rather than hosting the Commonwealth Games in 2026 paid off with its Commonwealth Stadium also set to feature as well as Toronto's BMO Field.

The legacy of the World Cup was a talking point for former US Soccer chief executive Dan Flynn who called it the greatest opportunity to develop football in the US.

Flynn said: "We want to recognise that the workshop comes at an uncertain time in the world, where global football goes beyond the field of play and will inspire us on the road to 2026 and beyond.

"We are looking at it as a partnership. US Soccer is taking a broader view and how we can capitalise on this opportunity between now and 2026."

He also compared the nation's hosting of the 1994 World Cup, remembered as the highest-attended World Cup to date, as a building block from a time when the sport was not so big.

Flynn also said that the 2003 Women's World Cup came too early to build a legacy due to the lack of popularity in the sport at the time as well as only having four months of preparation, having held the competition after a SARS outbreak in China saw them forfeit hosting rights.

He added: "In 2003 we didn't have that opportunity, in 1994 it was a sense of newness; with this we have twenty plus years of experience since hosting in 1994.

"What we can achieve between now and 2026 is what is important."

Originally the workshop was due to take place in person in March, but will now be conducted virtually tomorrow.

Representatives from the city will include its local sports teams and its regional and city sports commissions.

For example, the Kansas City bid will see representatives from its Major League Soccer side Sporting Kansas City as well as its American football team, the Kansas City Chiefs who play in the stadium being considered for the city.

Over the next four weeks, FIFA will work with US Soccer and the bid cities individually and at a later date will visit the cities in question.

Flynn also added that all bids were being treated equally providing certain cities, one of which he names being Boston, upgraded its stadiums for the World Cup.

He said: "We still think all the stadiums are very viable with a few modifications."

Smith also further outlined the capacity requirements for holding the final of which five stadiums could meet the needed 80,000 minimum.

The largest of these is the AT&T Stadium in Arlington near Dallas with a bid book capacity of 92,967, expandable to 105,000, while the largest permanent capacity is at the Rose Bowl in Pasadena near Los Angeles which has a capacity of 92,542.

Others in contention will be the MetLife Stadium in New York/New Jersey, FedExField near Washington D.C. and the Mercedes-Benz Stadium in Atlanta.

Smith added of the necessary criteria needed for hosting the last match: "The final is a special animal; it is huge because of the media attention, the hospitality and the fans.

"We have to think about things like space too."

Other cities considered among the favourites by pundits include Boston, after US President Donald Trump mentioned New England Patriots' owner Robert Kraft in a tweet thanking him, in relation to the World Cup bid.

Kraft owns the Gillette Stadium which is one of the candidate stadiums.

FIFA stressed that there will be no flexibility on the number of host cities, with 10 being a concrete number as laid out in the bid book.