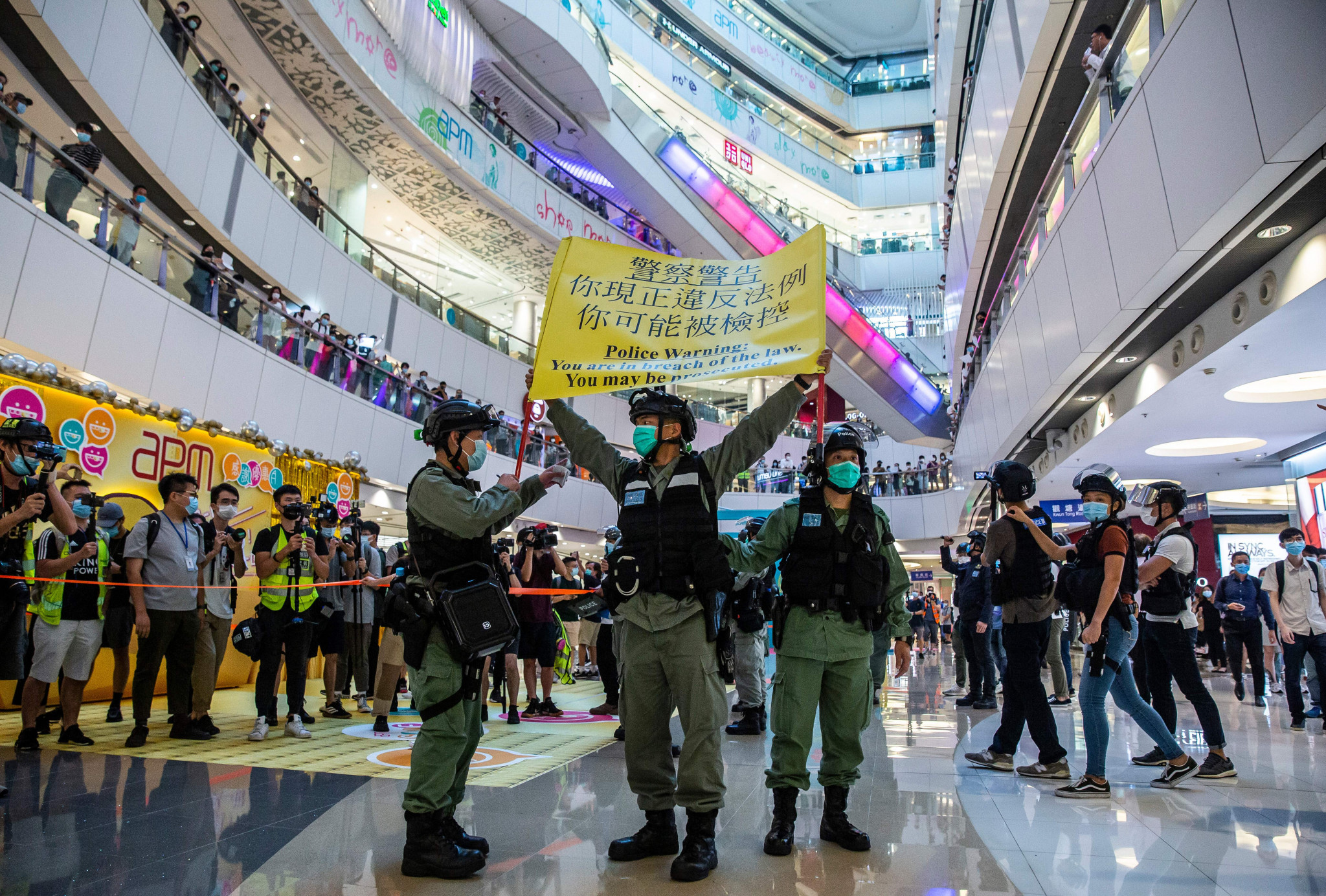 World Athletics has said it would be impossible to maintain a global sporting calendar if it changed competitions based on shifting political landscapes, after long jumper Tyrone Smith called for the governing body to refuse to host Diamond League events in China until the new security law in Hong Kong is repealed.

China has introduced a controversial new national security law on Hong Kong, which officially came into force on June 30.

Fears have also been expressed that the law could undermine autonomy in the former British colony, that is a major regional financial centre.

Hong Kong's sovereignty was handed back to China by Britain in 1997, with certain rights expected to be guaranteed for at least 50 years under the "one country, two systems" agreement.

Under the law, people can be given a maximum sentence of life in prison for "crimes of secession, subversion, terrorism and collusion with foreign forces."

Damage to public transport can be considered terrorism under the law, while a new security office established by China in Hong Kong would have the power to send some cases to be tried in mainland China.

The law has drawn criticism from the United States and the United Kingdom, as well as Australia and Canada.

I am calling on @WorldAthletics to use it’s influence to help end the human rights violations in Hong Kong by refusing to host @Diamond_League meets in China until the new so called national security law for Hong Kong is repealed! Hit them in the National pride and wallet.

Sport could be drawn into the situation ahead of the Beijing 2022 Winter Olympic and Paralympic Games.

Bermudan long jumper Smith has called for World Athletics to use its influence to aid efforts to have the law removed.

The 35-year-old, who reached the men’s long jump final at London 2012, called for World Athletics to refuse to host Diamond League competitions in China.

"I am calling on World Athletics to use its influence to help end the human rights violations in Hong Kong by refusing to host Diamond League meets in China until the new so called national security law for Hong Kong is repealed."

"Hit them in the national pride and wallet."

Shanghai has been a fixture on the Diamond League circuit since 2010, having previously been a Golden Grand Prix.

World Athletics has said it believes sport can build bridges and exercise soft power in response to Smith’s comment.

"If World Athletics changed its competition hosts based on shifting political landscapes it would become impossible to maintain a global sporting calendar for our athletes, and a community of 214 Member Federations," a World Athletics statement read.

"World Athletics president Sebastian Coe has a strong belief in the ability of sport to build bridges and exercise soft international power for the good of communities around the world, by engaging with all of its member countries."

The World Athletics President said the governing body’s sporting relationships allowed them to "shine a spotlight on issues" that politicians will seek to shy away from.

"I know my conversations with political leaderships are often more acute and possibly uncomfortable than those they have with my counterparts in other walks of business and life," Coe wrote in a blog.

"Sport could and should be asked to play a more hands-on role.

"It is the most potent social worker and the deftest of soft international power out there.

"If some of those agencies vilifying sport for expanding its global footprint into countries that don’t always meet with our liberal democratic mores, realise they could join forces with sport to become collaborators, rather than competitors, we could achieve much.

"If we predicate our sporting relationships on political systems and their fault lines, international sport will wither on the vine.

"I have never yet seen sport inhibit the social or political advancement in any country it has plied its trade.

"In fact, quite the opposite."