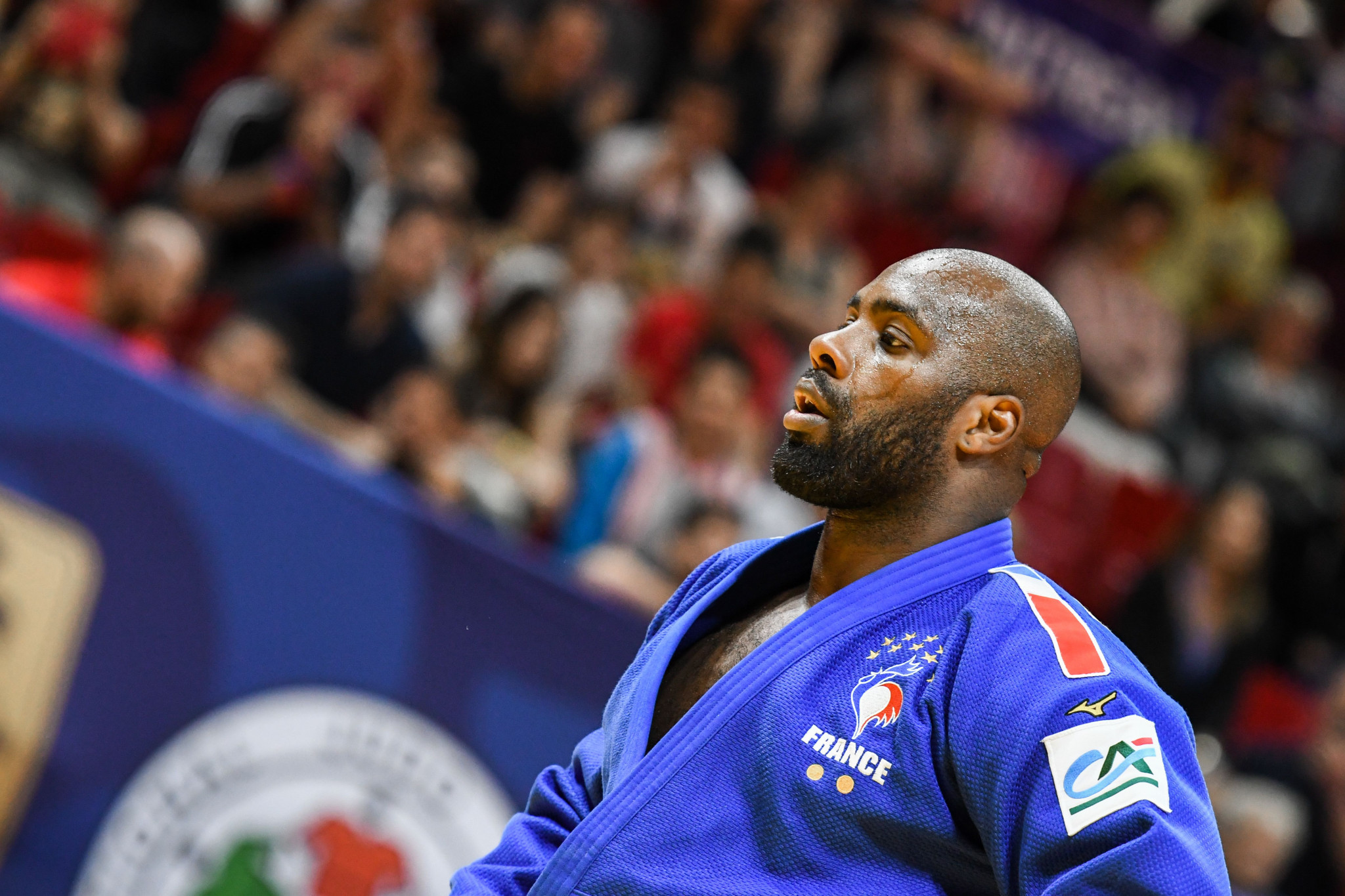 The International Judo Federation (IJF) has described the racist graffiti aimed at black French athletes in Paris as "disturbing".

Teddy Riner, one of the best judokas in the history of the sport, was targeted alongside hurdler Dimitri Bascou.

Photographs of the pair outside the National Institute of Sport, Expertise and Performance (INSEP) training base were both defaced, prompting widespread outrage.

The matter has been reported to police.

Riner is one of France's most famous athletes, having won two heavyweight Olympic titles and 10 World Championship golds in a glittering career.

His defeat to Japan's Kokoro Kageura at the Paris Grand Slam in February brought to an end a remarkable undefeated streak of 154 contests, which lasted for a decade and is considered one of the best runs across all sport.

"The International Judo Federation and the whole judo family stands up with determination to condemn these cowardly acts, vile and in total opposition to the values of mutual aid and welfare advocated by the moral code of judo," an IJF statement said.

"Racism in any form has no place in sport or society.

"It goes against all the humanist values we promote in order to allow the development of a more just world.

"It is essential to combat racism, and fight for it all together.

"It is disturbing to see that in 2020, when the world needs unity and mutual support more than ever, even more during this difficult time with the pandemic situation, these discriminatory beliefs continue to foster hatred.

"The IJF would like to emphasise here that it supports athletes from all over the world and from all sports, without any form of discrimination, and that it will continue to use all its know-how to combat racism."

The French National Olympic and Sport Committee, INSEP, French Sports Minister Roxana Maracineanu and various athletes have also spoken out against the graffiti.

Riner and Bascou have been targeted at a time when the Black Lives Matter movement has come to increased prominence around the world.

Paris is due to host the Summer Olympic and Paralympic Games in 2024.

The ongoing debate on racism has led to calls for the International Olympic Committee to scrap Rule 50, which bans any type of political protest.