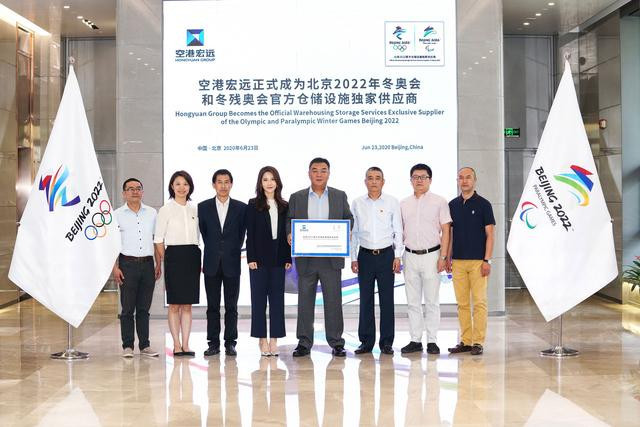 Beijing 2022 has announced Hongyuan Group as the official warehousing storage services exclusive supplier of the Winter Olympic and Paralympic Games.

The deal between the Organising Committee and the company was announced on June 23 as part of Olympic Day.

Hongyuan Group is developing a storage management system ahead of the Winter Olympic and Paralympic Games.

Some of its roles will be to handle international cargo distributions, warehousing logistics and other related services for the successful delivery of the event.

It will be based at the new International Cargo Distribution Center, scheduled to be completed by the end of the year, and will be the main port of storage for the Games.

Beijing 2022 will also provide a marketing platform to help build the brand of the company.

These include the Bank of China, Air China, Yili Group, ANTA, China Unicom and State Grid.

Eight official sponsors have signed to date, such as Tsingtao Beer, Yanjing Beer, Cultural Investment Holdings and Qi An Xin.

Six official exclusive suppliers have been confirmed including Hongyuan Group, as well as China Post and Snickers.

Suirui Group and PricewaterhouseCoopers have also signed up as official suppliers.