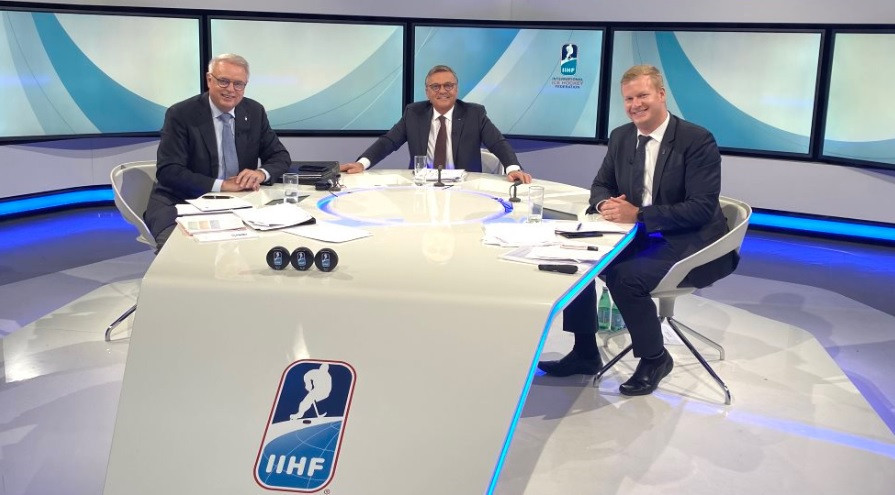 The International Ice Hockey Federation (IIHF) President Rene Fasel's term is to be extended by at least a year after the organisation's Semi-Annual Congress was postponed.

Fasel revealed last month that the Semi-Annual Congress, due to take place in Saint Petersburg in September, was due to be postponed, and the decision was announced formally today at a virtual Extra-Annual Congress.

Fasel was due to stand down at this year's Semi-Annual Congress after 26 years at the helm, having succeeded Gunther Sabetzki in June 1994.

He announced in October last year that he would not be seeking re-election at the end of his sixth term, when he will turn 70.

The IIHF Extra-Ordinary Congress approved the move of the elections by one year and consequently extended the current Council term until 2021 because a physical congress cannot be held in September as planned. https://t.co/UHGWgU4HR3

Other business resolved at the Extra-Annual Congress included extending the mandate of the next IIHF Council from four years to five, meaning their term will run from 2021 to 2026.

This is to avoid having elections just a few months before the 2026 Olympic Winter Games in Milan and Cortina.

After 2026 Council terms will return to the traditional length of four years.

The tournament is now due to take place in Halifax and Truro in Nova Scotia, Canada from April 7 to 17.

Dates were also announced for various other tournaments in 2021.

The 2021 IIHF Ice Hockey U18 World Championships are now scheduled to take place in Plymouth and Ann Arbor in Michigan in the United States from April 15 to 25.

The 2021 IIHF Ice Hockey U18 Women’s World Championship is now due to take place in Linkoping and Mjolby in Sweden from January 5 to 12.

In the lower divisions most of the men’s, women’s and under-18 tournaments scheduled in the spring of 2020 will have the same hosts in 2021 including the IIHF Ice Hockey World Championship Division I Group A in Ljubljana, Slovenia, and Group B of the same competition in Katowice, Poland.

Two new full members of the IIHF were also approved - Malaysia and the Philippines - with the growth of both countries ice hockey programmes recognised.